Record of Fionn’s language and statements

It was warm in November 2 years ago, and I found a picture of us buying McDonald’s and playing on my favorite beach on the weekend.
Kochi is a tropical area, and on sunny days, it gets warm, so even in winter, we have warm days! 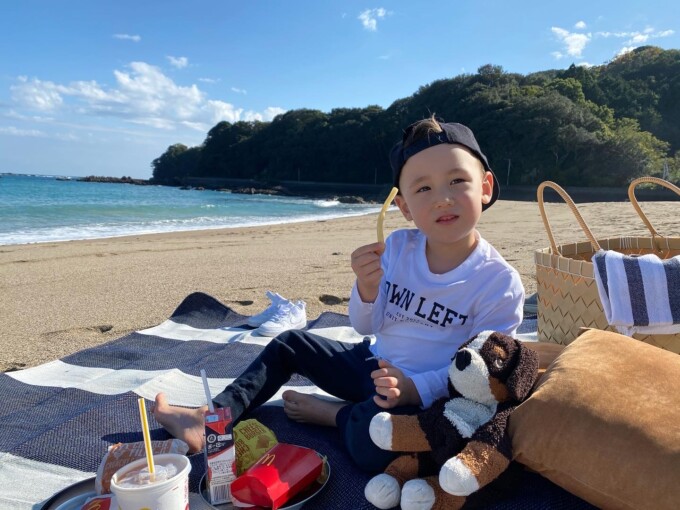 Today, a record of Fionn’s recent verbal growth and what Fionn says. 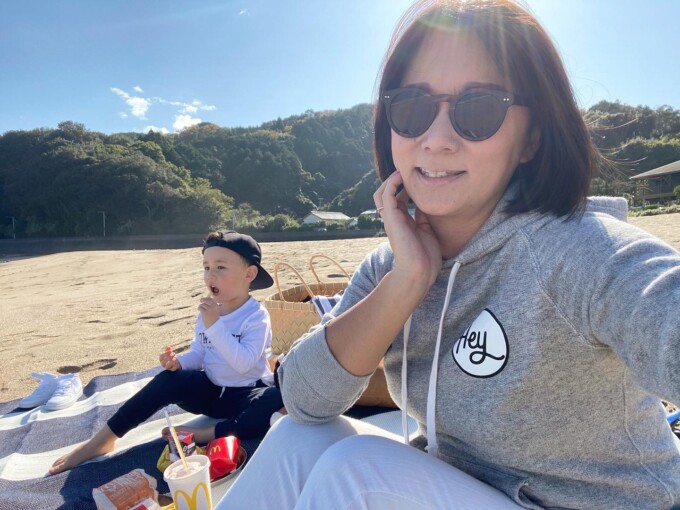 Two years ago, Fionn couldn’t speak Japanese like we can’t imagine now, and when I look back at the stories and videos from those days, the words he spoke were mostly in English.
As I have written many times in this blog, there was a time about six months later , in May, when he was a young boy, when we were a little worried because he couldn’t communicate with his friends.
At that time, we did a lot of research and read the following words at that time.

“Don’t worry if you are late in learning the local language, it will explode when they start attending a local kindergarten or elementary school later on. The local language will be the children’s first language.”

This is true now, a year and a half later. 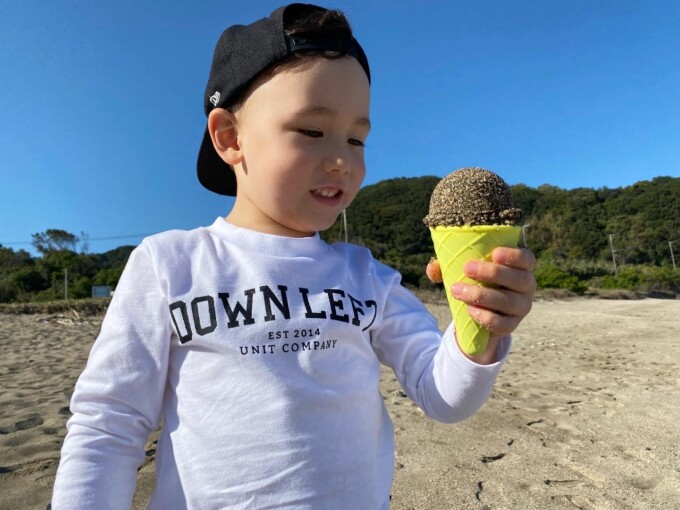 Recently, Fionn’s vocabulary, expressions, and phrases have grown so much that Emmet was unable to keep up with our conversation and could not understand more and more.
Last year I consulted with his teacher about Fionn’s language problem, and I started using Japanese at home so that I could follow Fionn’s growth in Japanese. And now he is able to absorb Japanese from kindergarten, TV, and YouTube. 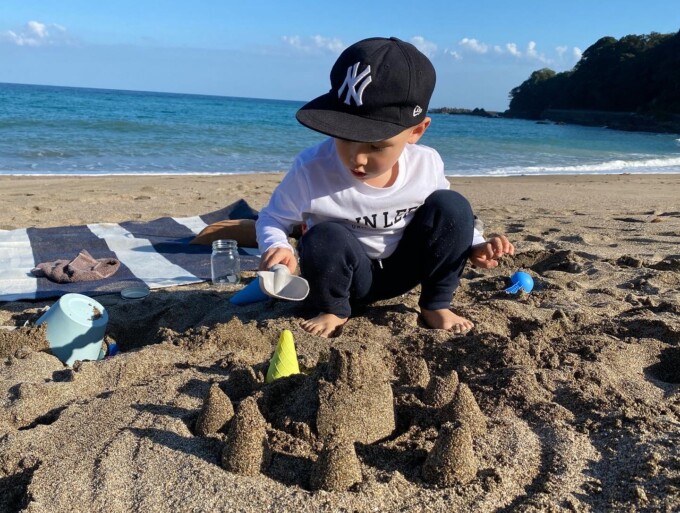 I am very happy about that, but at the same time, his English has been stagnant.

It was difficult for him to grow up speaking English in Japan, so Emmet and I decided that I would speak to Fionn in English as much as possible.
I was hoping that by doing so, he would learn to use English at home.

But just the other day Fionn said to me, “Mummy is Japanese, you should speak Japanese, your English is not right!”

I was so surprised! I don’t know if he was telling me not to speak a foreign language because I am Japanese, or if he could tell that my English was already stilted and wrong at 5 years old, but he refused. I didn’t expect that, so I was a little shocked. 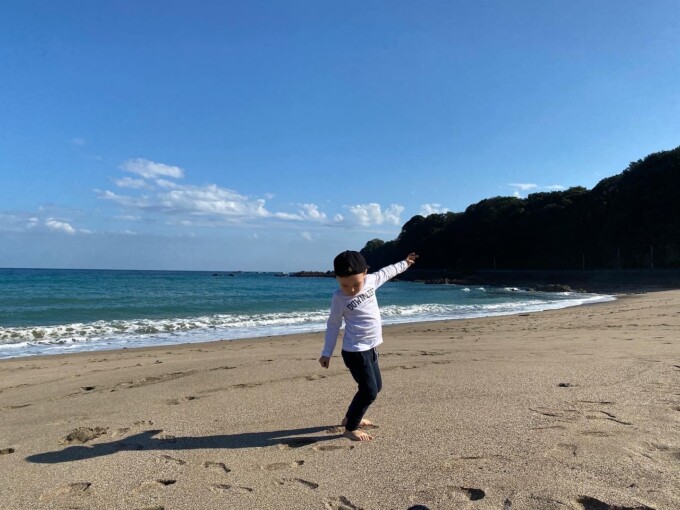 I remember a half-Japanese boy I met while I was studying at Tachikawa Art Institute as an art college student said, “My mom’s English is weird, so I don’t want her to speak in front of people.” I wonder if this is a common thing among half-Japanese…. I wonder if Fionn will be like that in the future, or maybe already is.
As he grows up, he says things to me that I never thought he would say, which makes me think about it a lot. 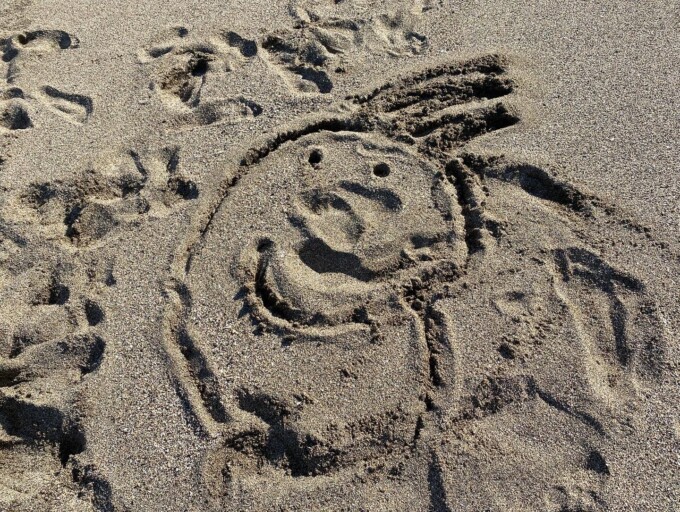 At dinner the other night, when we were talking about how much he likes Mommy and Daddy, he said, “Actually, I don’t like Mommy that much. I’m sorry, I don’t really like you”…. I don’t know what he meant by that, but I pretended to be okay with it, but I was shocked….
I was so frustrated that I asked him a hard question, “So you’re okay with me being gone, Mommy?” He immediately turned red and started crying, “Nooooo” ! I guess he doesn’t dislike me!! 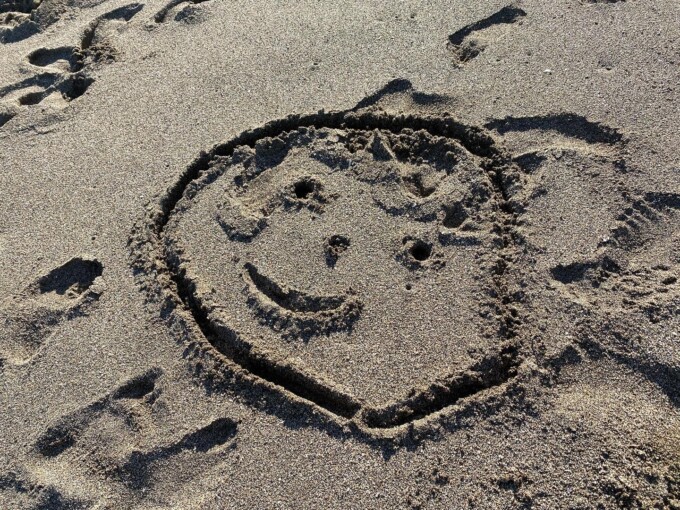 He still talks to me everyday saying “Mommy Mommy Mommy Mommy” and he doesn’t seem to act like that, but it’s really strange. I thought it was normal for 5 years old boys to say, “I’m going to marry my mommy!”
Well, I don’t care if he’s not “normal” though! lol 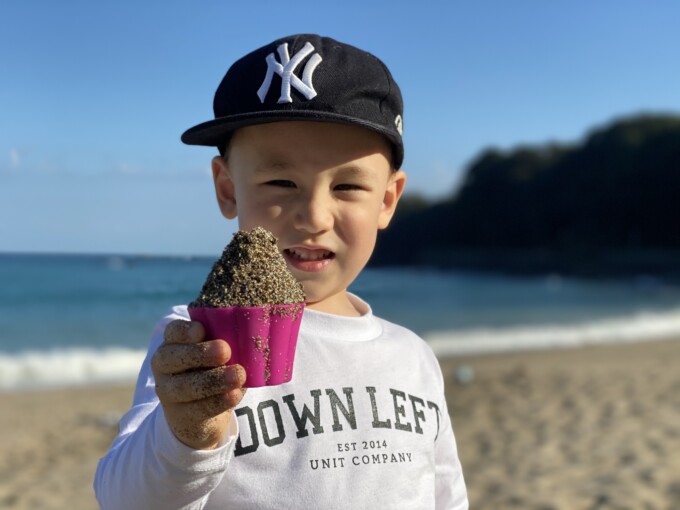 I have a crush on this person and it’s just one way and it’s hard for me to speak to him in English….
I knew it, but parenting is not as easy as I thought it would be already, and love is hard to convey.

By the way, he loves Daddy.
I’m taking him to play a lot more, I’m cooking for him, I’m getting him ready for kindergarten, doing the laundry, taking him to and from his lessons, and everything else…!
I know it’s not a race, but it’s frustrating！