It’s already August, and it came so fast!
The photo that came up in the “What I did a year ago today” section was the one I didn’t blog about last year! 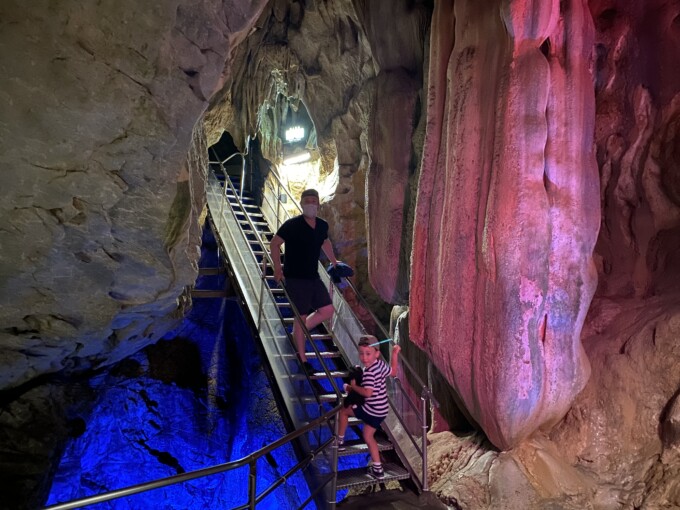 Last year on August 1st, we went to the Anpanman Museum (I blogged about that) and then to the Ryuga-do Cave.
But I was in a bit of a panic, so I couldn’t look back at the photos right away, so I didn’t blog about it. 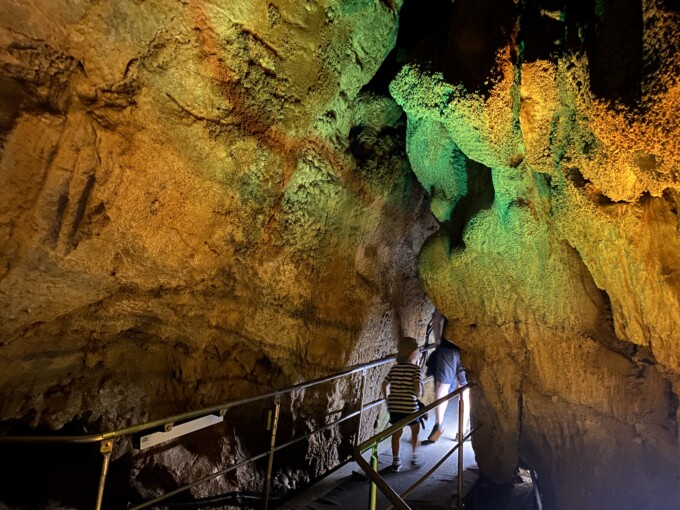 I have a slight case of claustrophobia.
I’m fine with elevators and buses, but MRI machines and being wrapped up in a futon are a real pain for me.
I also have a hard time sitting in an airplane seat with strangers on either side of me and being stuck there for a while.
Even in bed, I can never sleep if I am between Emmet on my right and Fionn on my left. 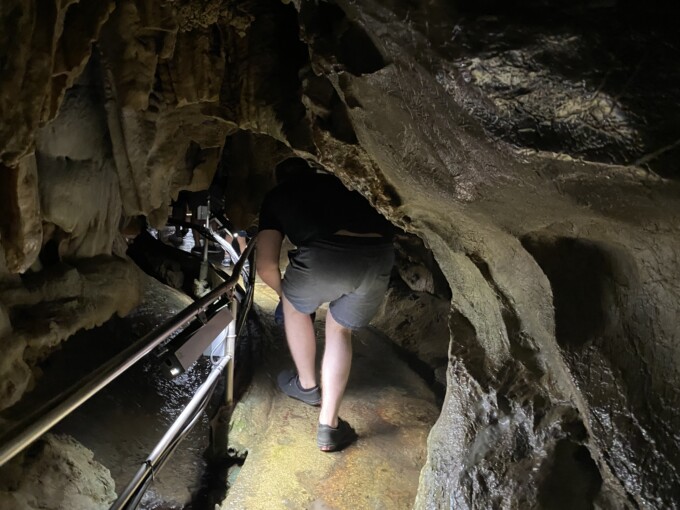 This is what happened to me in the small space of the Yonghe Cave.
But I didn’t tell Emmet and Fionn because I didn’t want to worry them.
I was already having a hard time breathing, and I thought I was going to go crazy if I thought I wouldn’t be able to get out of there easily. 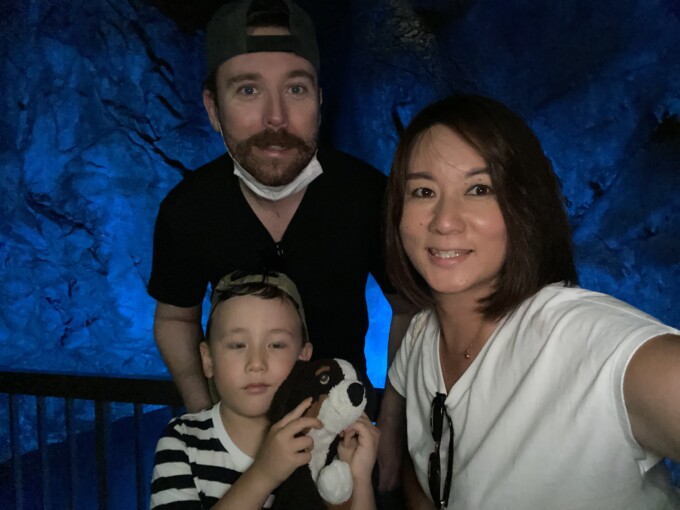 This is the only picture I took with my family, but my face is so drawn. I don’t feel at all relaxed.
I’ve never been in a situation like this in my daily life, so I realized for the first time that I’m not good at being in this kind of place either. 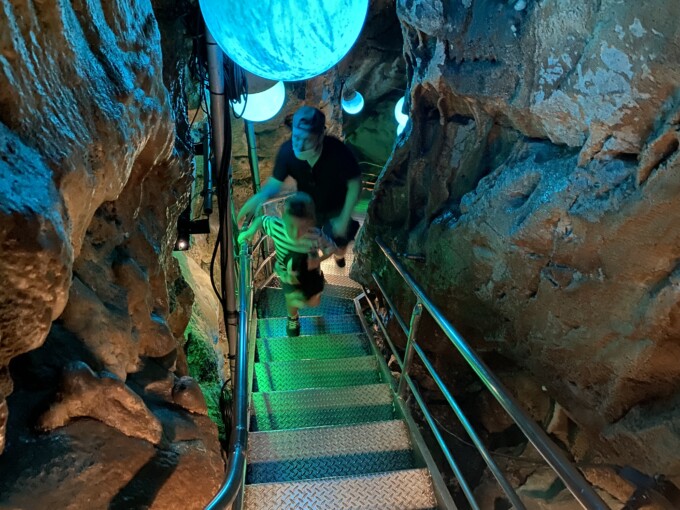 In fact, the caves are so mysterious and have been created over so many years that if there were several exits along the way, I would have liked to take more time to see them.
There was some kind of lighting and sound performance, which was nice. 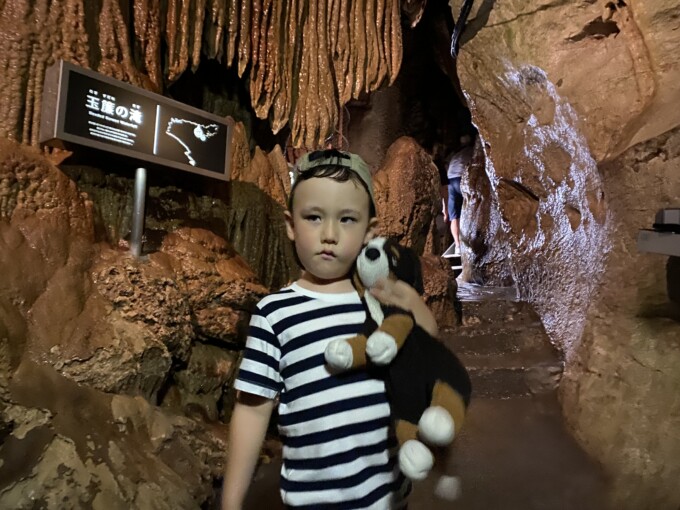 Oh yeah! There was one recently that made me feel like I couldn’t get out of a certain space and I was in a small panic.
The indoor space before the Yoshi Adventure ride at USJ.
There were so many people lined up in a row, and they only move slowly, and there is no way in or out.
It’s quite a big space, but when I started to think about how packed it was, I started to feel a little sick. 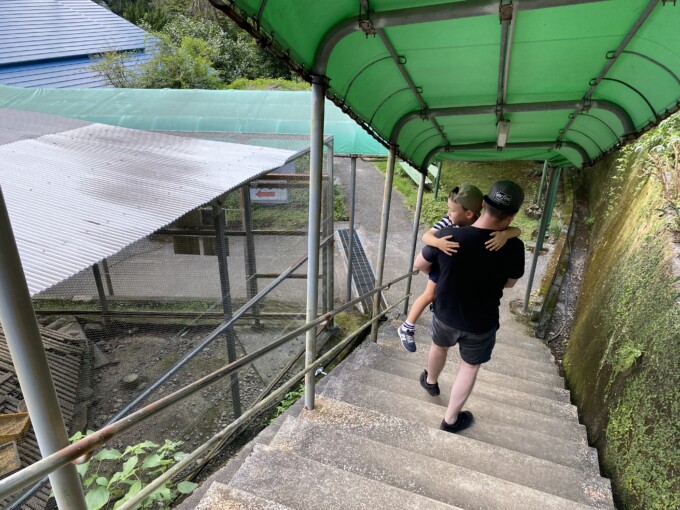 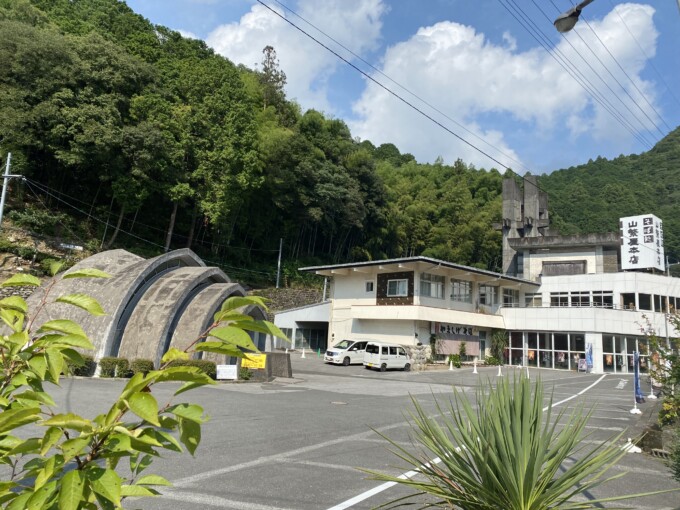 I will probably never go to Yonghe-do Cave again, but it came up in my memories from a year ago, and I’m glad I had the opportunity to blog about it!
I’d like to explore the east side of Kochi Prefecture, which I don’t know much about at all, a little bit at a time when I have a chance again.