On the way home from Osaka yesterday, I asked the kids if they wanted to go somewhere and they said “COSTCO”. So I checked and found an Amagasaki store about 10 km from the hotel we were staying at! So we stopped by the COSTCO. 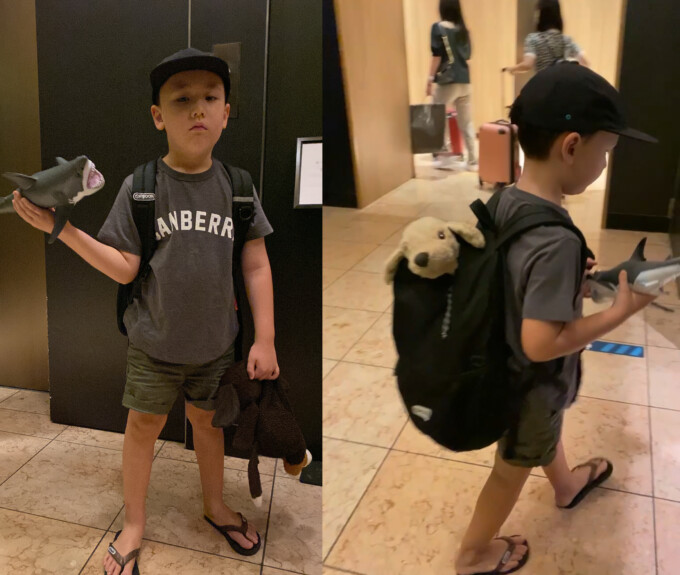 This is completely unrelated, but Fionn’s travel style is cute, so I’ll talk about it.
Whenever we go far away, Goldy is always with him these days! And now his favorite, Shark, has now joined them.
Taro has been a friend for so long that he’s pretty old, but he’s definitely with him every day. 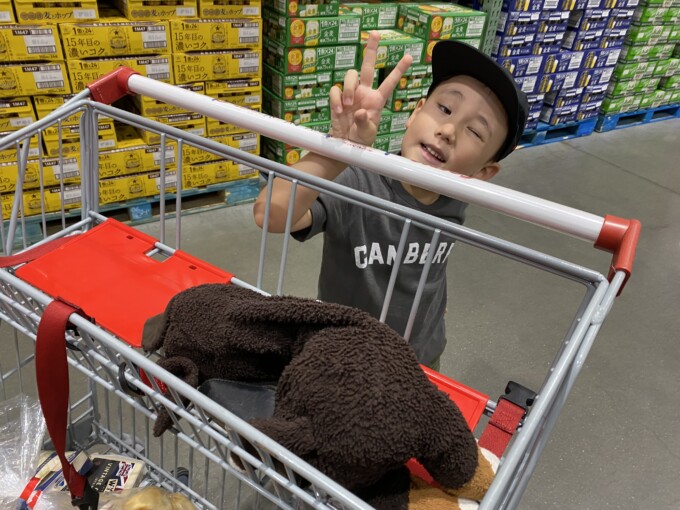 So, how was COSTCO, which the kids were looking forward to?
I was so excited, too, because it’s been a while since I’ve been there! It’s nice, because in the countryside there are so many things you don’t see in everyday life.

I happened to find a meat pie that was made in Australia, so of course I sent Emmet a picture of it.
He was so excited and asked me to buy it!
I’ve made meat pies many times, but I’ve never had a real meat pie, so I’ll have to try it! 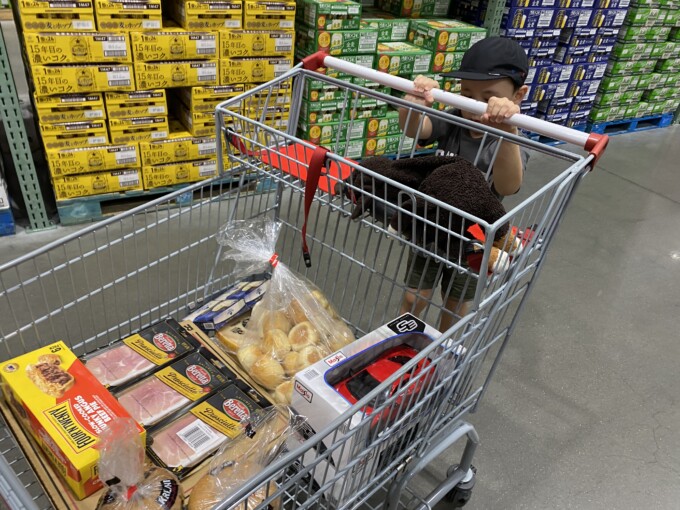 I also bought a lot of cheese, prosciutto, pizza, bagels, big pastries, Emmet’s beer, etc., etc., etc.! I was a little surprised at the price at the cash register. 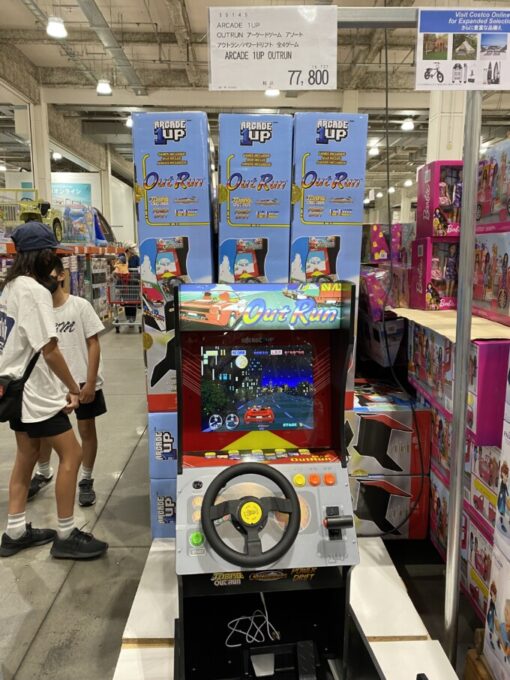 Oh yeah! Fionn was playing this game and said “I want it!”
I said, “Why don’t you Facetime Daddy and ask him?” I thought Emmet would definitely say no, of course.
Emmet’s answer was “You can buy it! Daddy wants one too!”

It’s the same manufacturer as the arcade game of this size that he already has (in his room).
It costs about 150,000 if you buy it in Australia, so it’s a great deal!
I didn’t buy it because it didn’t fit in our car, but I almost had another toy this big in the house… 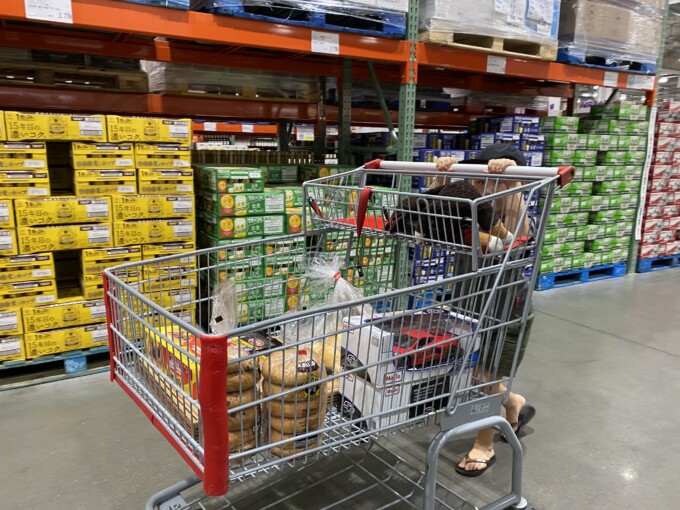 The total price is high because of the large size and volume of the various items we bought, but it’s actually a great deal! I’m still really jealous of the COSTCO being in someone else’s neighbourhood.
I wondered if there might be one in Shikoku. I checked, but the closest one was in Kobe…far away.

But next time I want to go there with Emmet and shop more leisurely.
I want a big refrigerator for that! I also want a house that can fit such a fridge!!!