Lately, I’ve noticed that Fionn seems to be quite enjoying himself when he’s making something with origami.
But instead of folding them, he cuts them and tapes them. 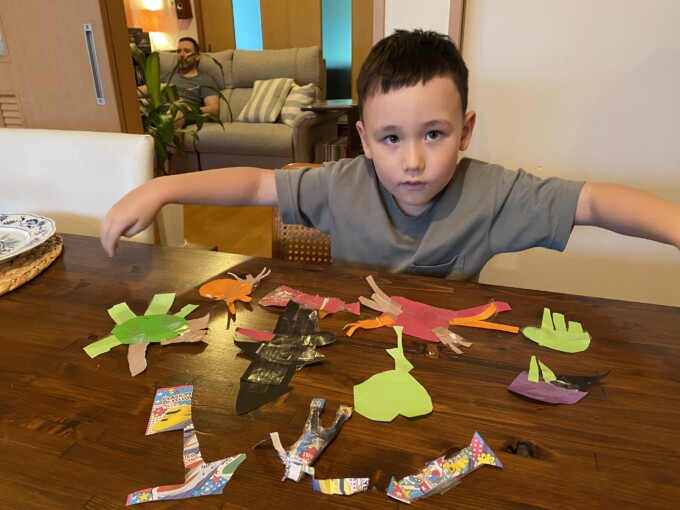 This time, he made a lot of sea creatures.
But it’s not just about making something, there is a story behind it, which is interesting. 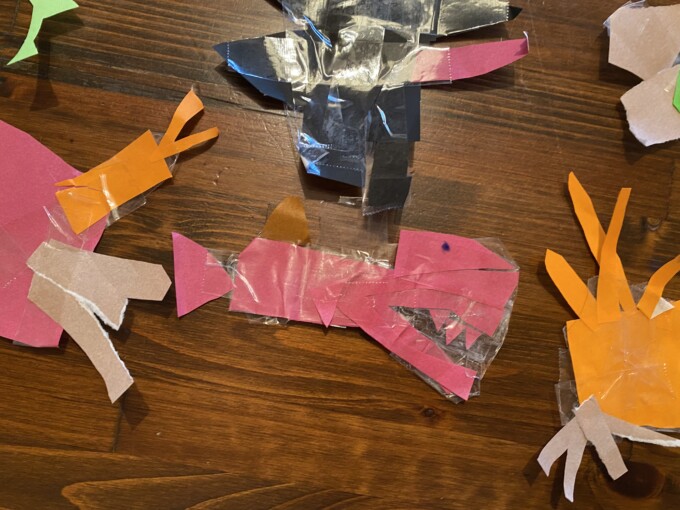 First of all, do you know what this main character is?
It is a shark! They eat all kinds of creatures with their sharp teeth! 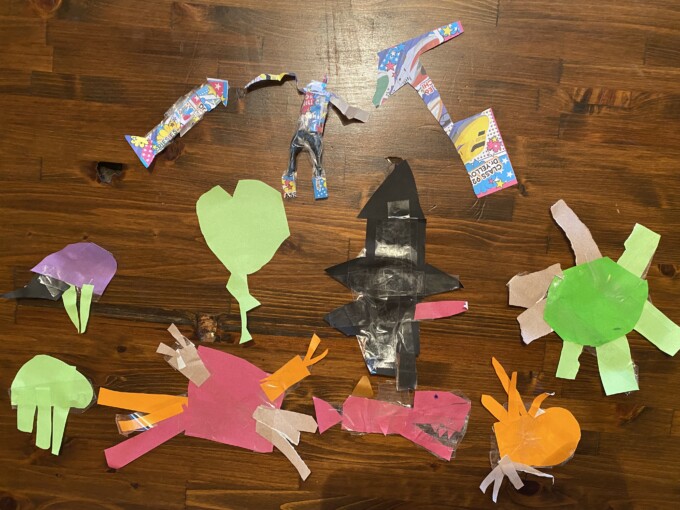 Some other creatures are a little bit hard to recognize, but they are crabs, jellyfish, hermit crabs, octopi, and squid!
And sometimes they have legs and hands of different colors because they have been eaten by sharks!!
Fionn made the creatures robot legs and parts for the areas that were eaten by sharks. As you can imagine, he has seen many movies with his dad, so his ideas are fantastical!. 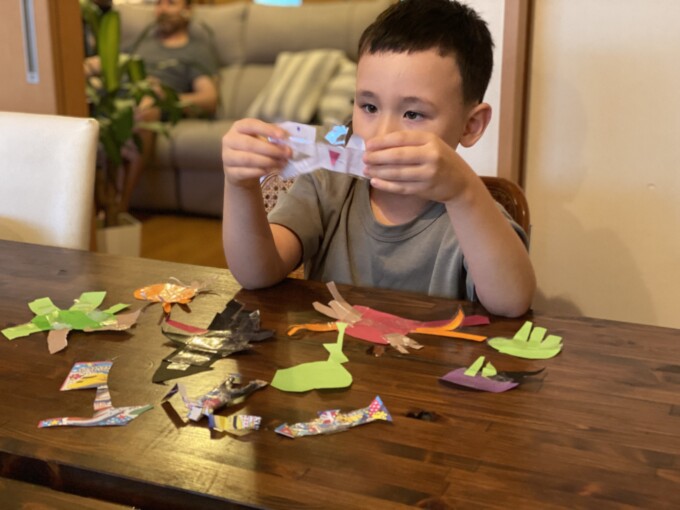 And when the creature with the robotic parts were attacked again, the shark’s teeth were broken off and there are now only three left.

If I were to write a blog entry, I could finish the story in about 5~6 lines.
But when Fionn, the storyteller tells it, it’s a looooooong story. 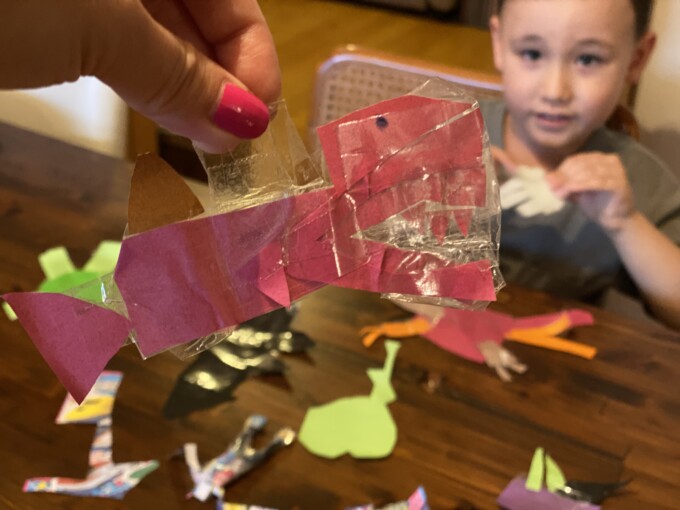 But lately he is really into games, and when he doesn’t understand something, he searches for it by himself and looks up strategies on YouTube.
It’s like he has been playing forever.

He has a time limit, but when I’m at work and Emmet is in class or is busy with other work, I’m kind of lax about it.
I’m going to have to do something about it because I want him to get into this kind of craft during his summer vacation.