The first week we arrived in Perth, we all had a chance to look at a lot of old photos and pictures of Emmet as a child.
I took pictures of some of them and brought them home with me, so I’ll leave them here to remember! 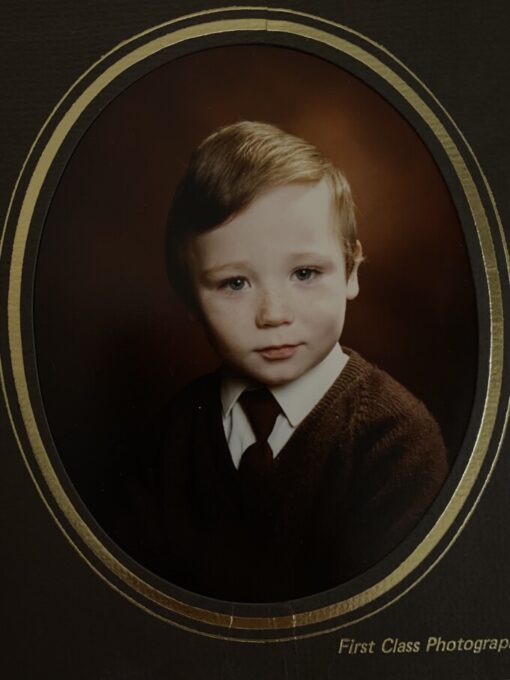 Look! Look! This cute boy!
He said he was in primary school, so he’s probably a little older than Fionn is now.
I love the custom of taking pictures like this in other countries!
I wish I had taken a picture like this of Fionn in his first uniform when he entered kindergarten!
Maybe I should start a service to take pictures like this over here. 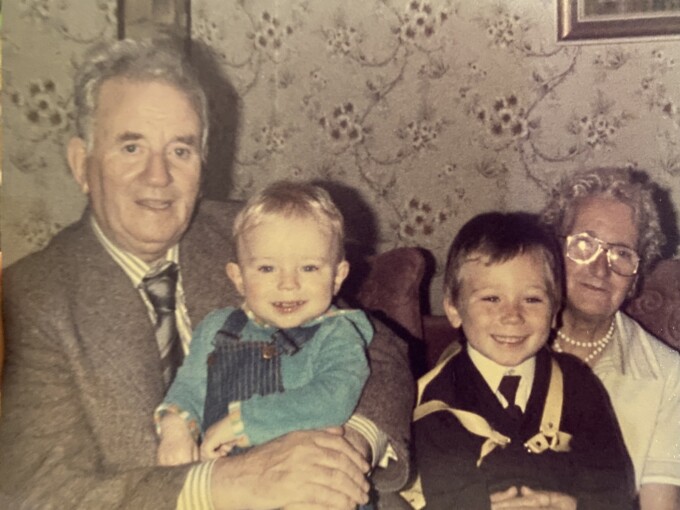 This picture makes me think he looks even more like Fionn than the one above! LOL!
Isn’t DNA really amazing?
By the way, the people in the picture together are his grandad and grandma from my father-in-law’s side. 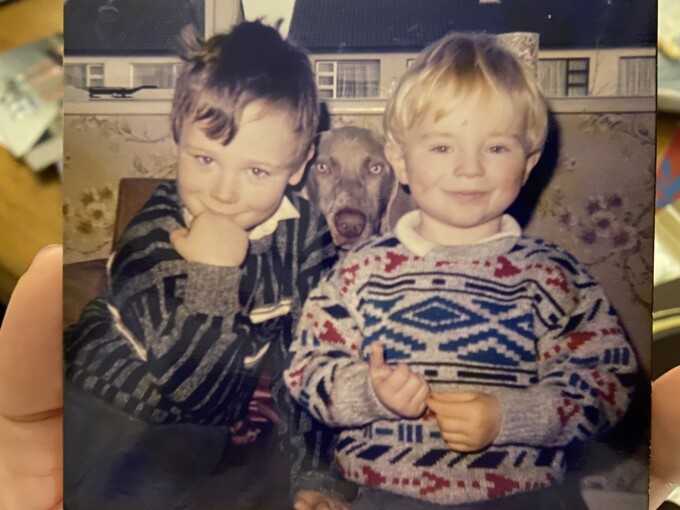 I’ve loved this picture since I was shown before, and I even used it in our wedding video!
And in the middle is Max, their dog from when they lived in Ireland!
Emmet used to be blonde when he was super little, but his hair turned darker as he grew up. 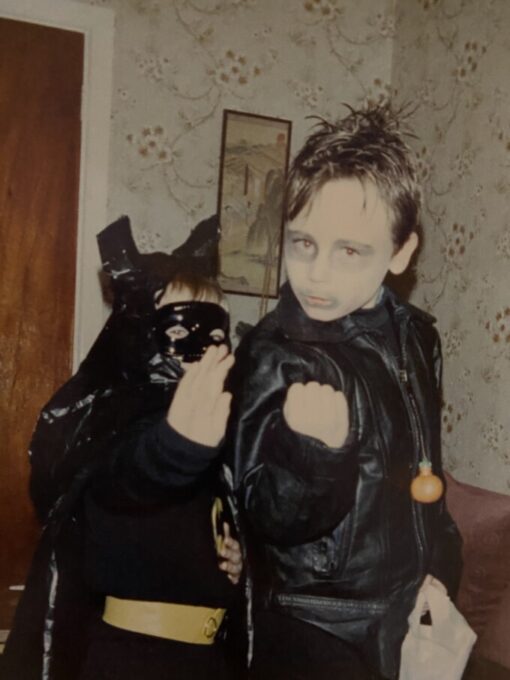 This is one of my favorite pictures too!
It’s definitely Halloween, so I should put the same makeup on Fionn and put on the same black leather jacket and take a picture!!
And by this time, the brother’s hair has already turned dark. 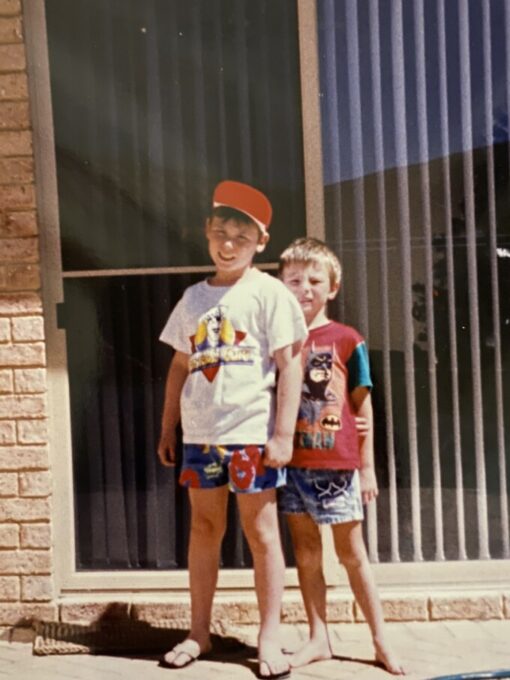 He’s already moved to Australia by the time of this photo, so that means he’s at least 9 years old.
Look at the shape of his legs, the thickness, the way his body is balanced, everything about him looks too much like Fionn!

I feel like the only thing he has in my genes is the lack of a fringe (poor thing)…. 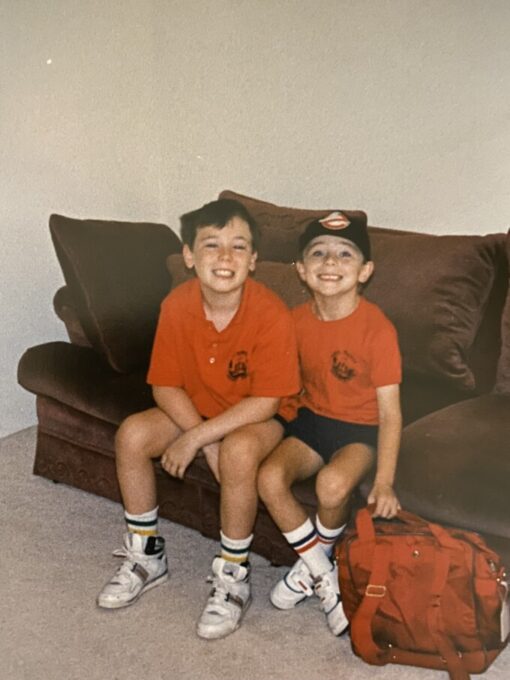 Yes, I know it’s a common thing for people who know about Australia…
You may have an image that public schools in other countries don’t have uniforms, right?
In Australia, uniforms start from elementary school, and they are usually designated polo shirts, like this.
When I visited the zoo the other day, there were many elementary school students who came as a school group, and they all wore uniform polo shirts and designated hats. 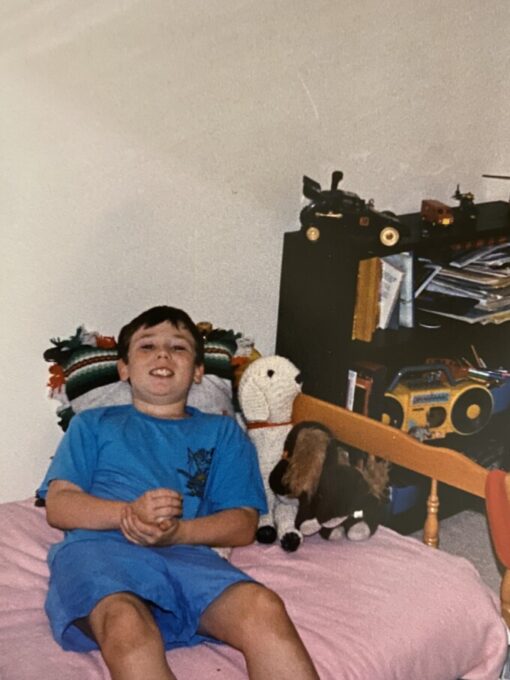 The last photo is the one I think looks the most like Fionn!!!
I think that’s Fionn already, right?
And if this is Emmet’s bed, there are two stuffed doggies! And that’s just like Fionn! 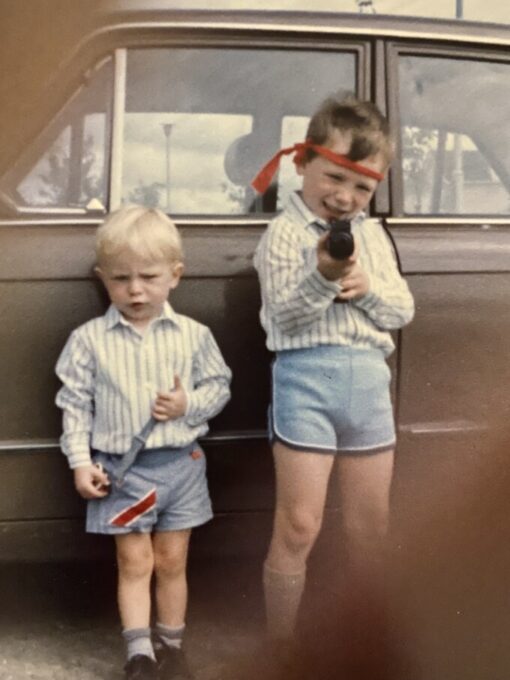 It’s fun to look back, because once upon a time we used to print all our photos like this.
And it’s nice not to waste film and take a lot of the same pictures.
Now I always have 5-6 similar photos each, and I have 92,000 photos on my phone alone now!!

Is digital convenience good or bad…?
Maybe I should make an album so I can look back at them like I used to.