Yesterday, Emmet’s friends got together again and had a drink from noon!
I, the “sweet” wife took him there! How many times have I done this since we came here? LOL!

But it’s nice to drive freely in a foreign country and be appreciated by boys, isn’t it? 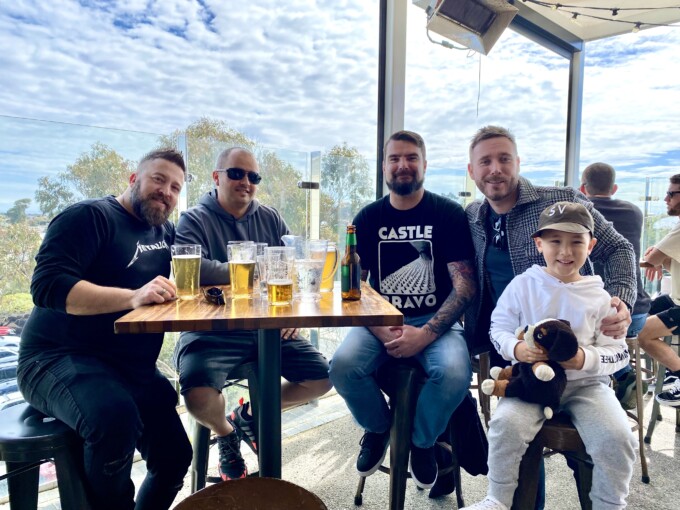 Some of his friends I had never met before, so I went to WHITFORDS BREWING, today’s restaurant, to say Hi! Nice to meet you! Everyone here is Eme-chan’s classmate from junior high and high school, so they are all 5 years younger than me! 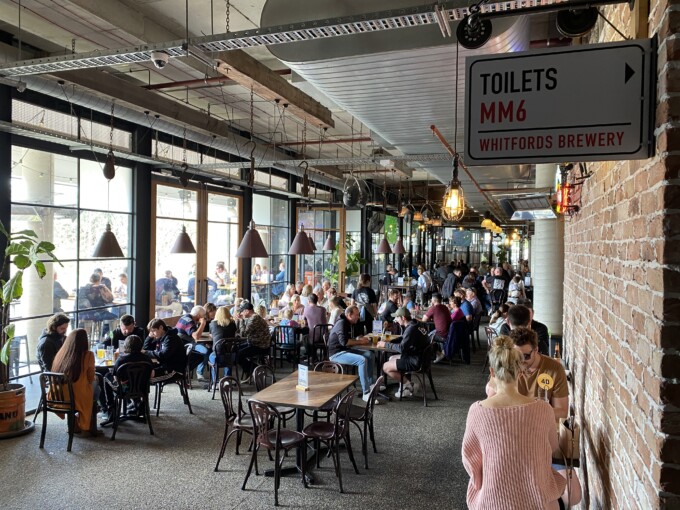 By the way, this was around 12:30 pm, and the restaurant was packed with people!
Everyone was having lunch, drinking beer, and enjoying themselves. 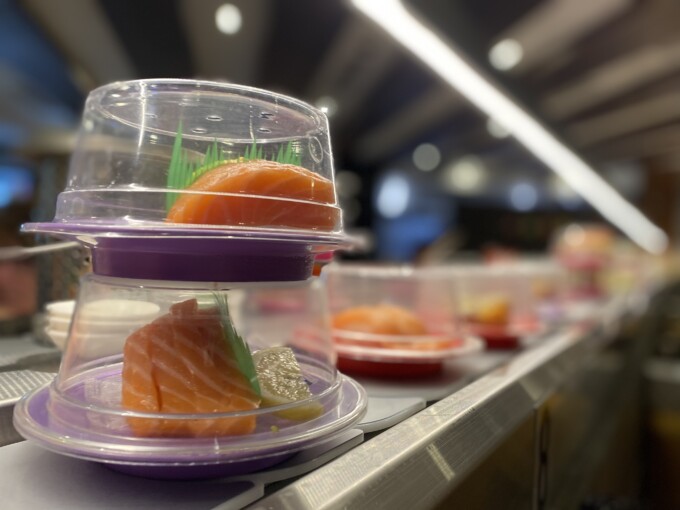 Fionn kept saying “I wanna eat Sushi! “so I took him to a sushi restaurant.
Lucky for us, it was about 5 doors down from where Emmet was having drinks with everyone!
By the way, in Australia, sushi conveyor belts are often called “sushi trains”.
I think it’s because of the name of the famous conveyor belt sushi chains in Queensland and other places. 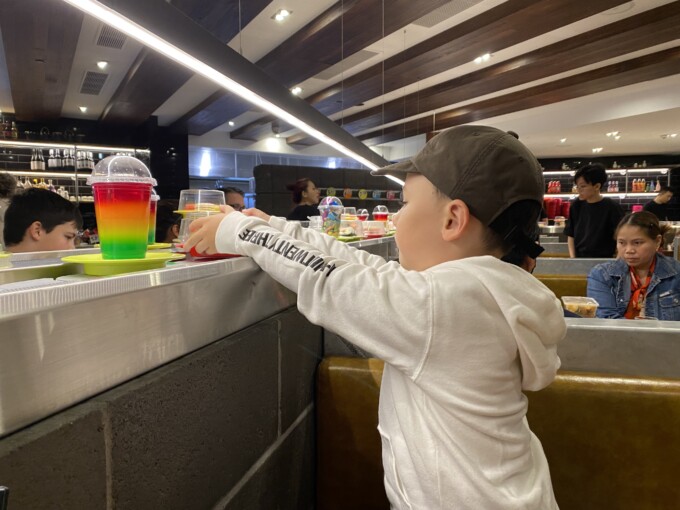 For Fionn, sushi is basically egg sushi, so he has to wait and wait for the sushi to come around and get two plates! 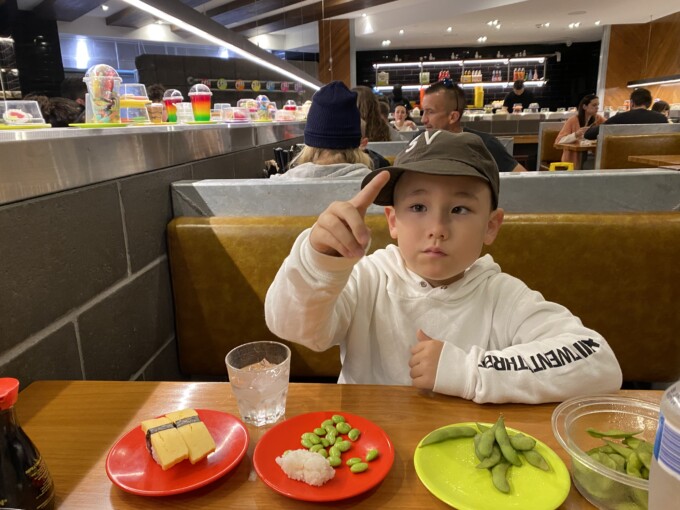 And he had lunch with edamame and water, which is also well-known in Japan, for $18.5 for these 3 plates and water! （That’s a lot of money!)
I was surprised, because even two people would not pay this much at Sushiro. 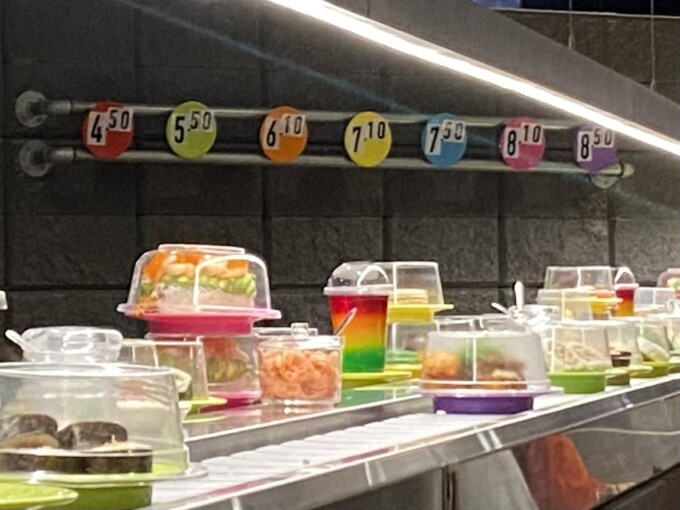 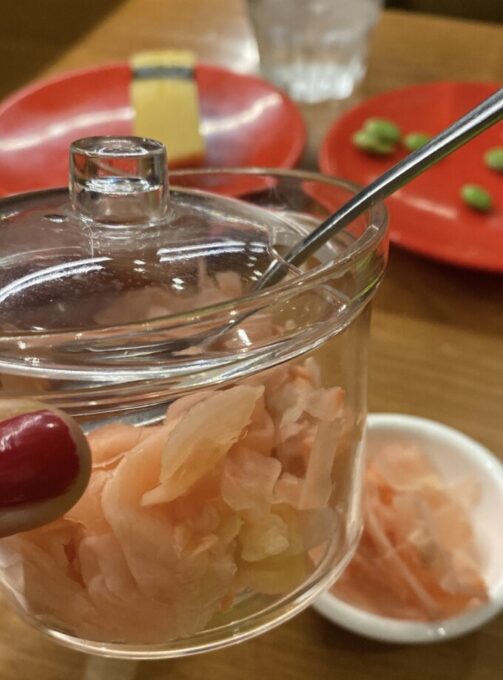 Inside the spinning area, there is a plate of crispy gari that anyone can eat.
I ate about half of it because it made me feel the Japanese food that I missed so much.
No one else was eating it, either. 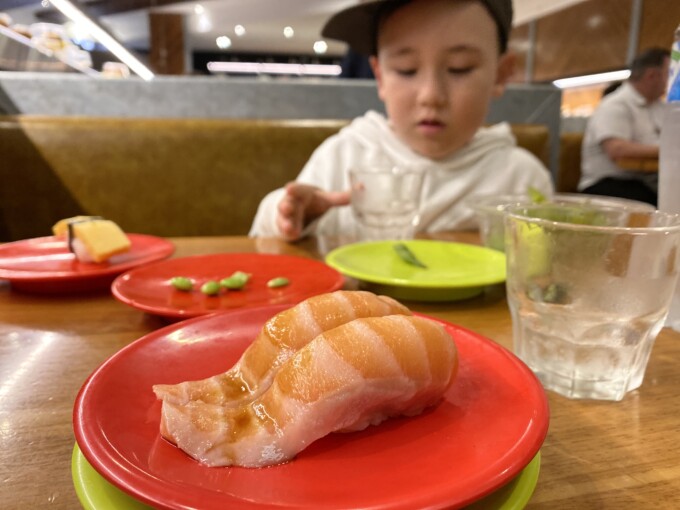 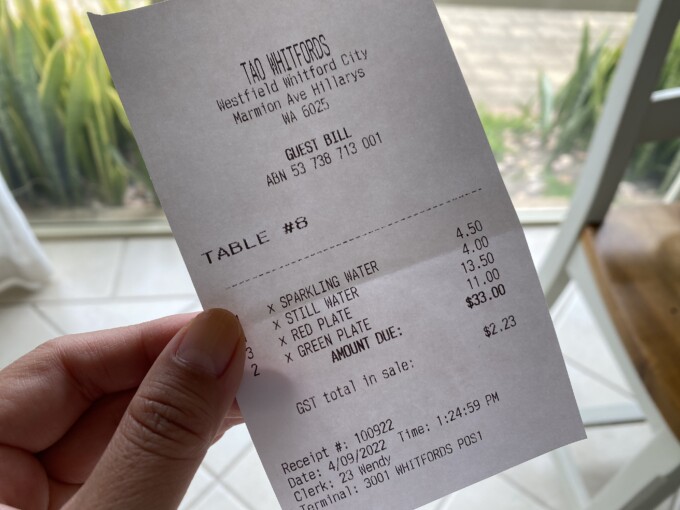 We had two plates each, plus edamame to share, with sparkling water for me and plain water for Fionn.
The total price was $33! (3,150 yen) Well, the average annual income in Perth is about $86,000 now, so if you think it is double the average in Japan, 1,600 yen for lunch for two people is not a bad price, but considering the amount of food we ate, the conveyor belt sushi was expensive. 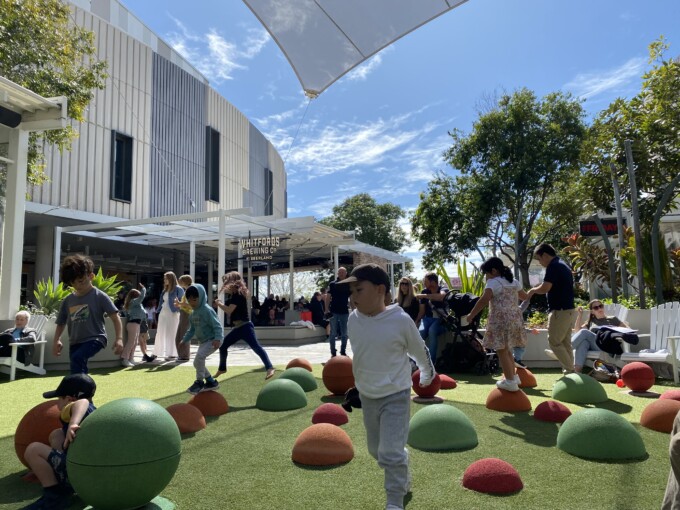 After lunch, there was a play area where kids could play, so we spent a little time there.
It’s not pictured here, but there was a musician on the left side of this picture singing acoustically the whole time, so it was a very nice place to hang out. 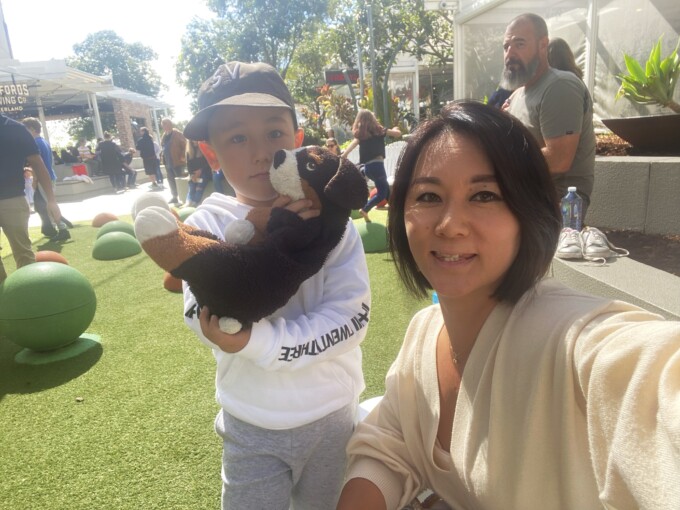 The weather got better in the afternoon, so it was warm outside, and as long as it was not cloudy or raining, it was not cold in Perth in winter.
As I wrote before, there are days when it is too hot to do anything outside in Perth in the summer. 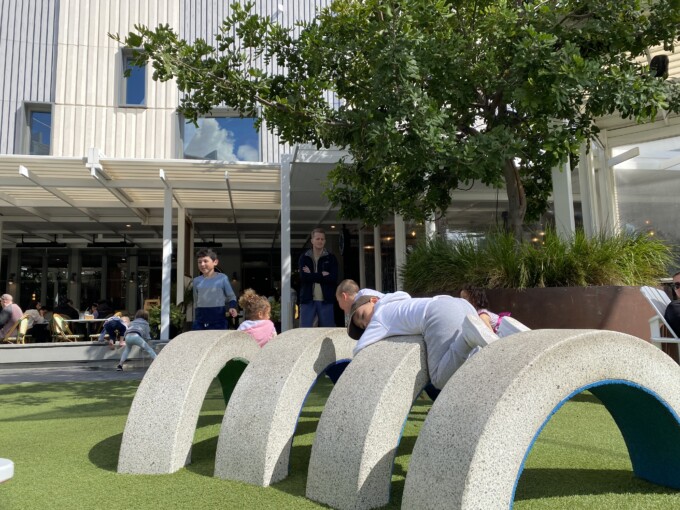 After this, Fionn went to a game arcade that Eme-chan’s friend told us about (it’s right below here) and had a lot of fun, but that’s another story for another time!

This is a picture that Eme-chan’s friend uploaded on Facebook when we all gathered together.
Not only Emmet, but me too, I feel numb because I look so slender here! 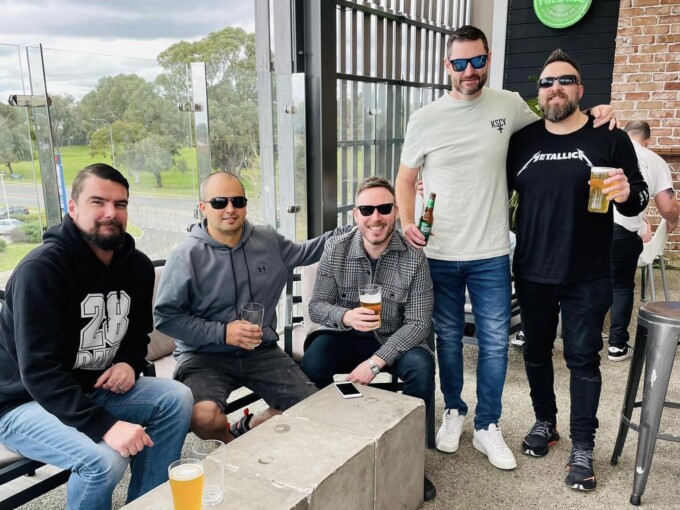 Actually, there was a very, very sad thing in the Butler household today, and we are all dealing with it.
We are all very sad about it.