I want to run fast！

But now, the difference in ability has started to show, and Fionn, who is not very good at sport right now, can’t win in the sprint. 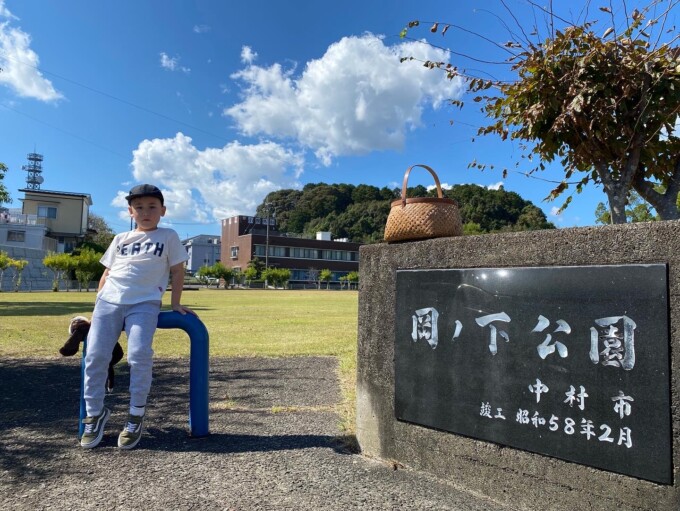 We had a field day yesterday, and Fionn came in last in a group of four.
But he still did his best, so that’s great! When I went to tell him later, he was crying….
He was so frustrated that he couldn’t stop crying and was staring at the three who ran faster than Fionn.
He is not good at sports, but he hates to lose more than anyone else, so his mind is very busy. 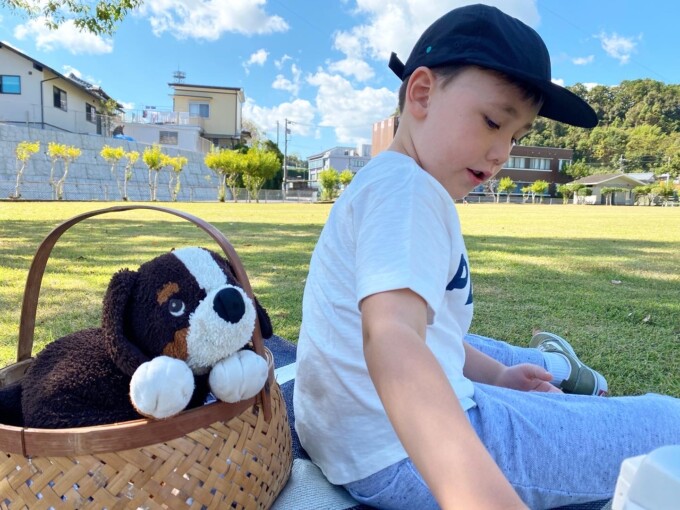 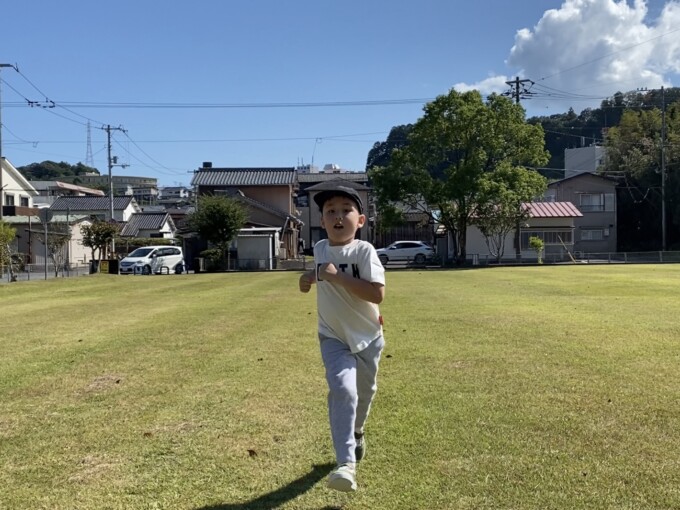 I have never been bad at sports other than ball games since I was a little girl, so I never really thought about how to run.
But I noticed something different between the way we run and the way Fionn runs, and it turns out that Fionn runs on his heels!
That’s why he felt like he was running heavy. 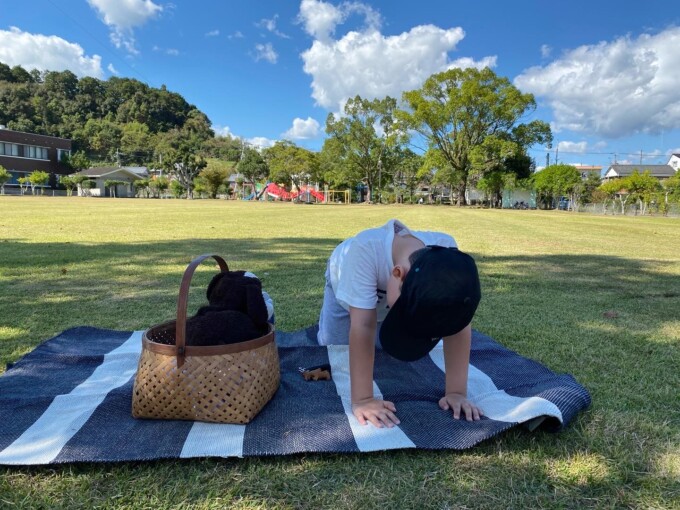 So, he started practicing running on his toes as much as possible while making him jump.
I think he is getting the hang of it. But I said to him “Toes! Move your arms! Look ahead!” He is getting confused, disjointed, and slow…. 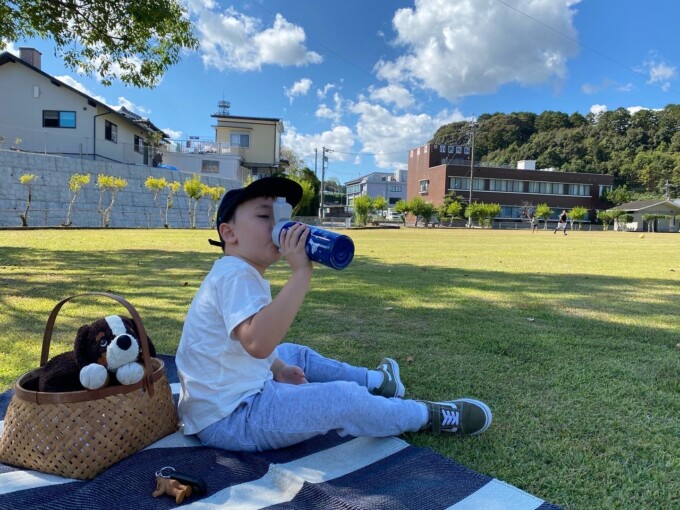 He is going to have to practice this one completely and repetitively to get it into his body!!!! 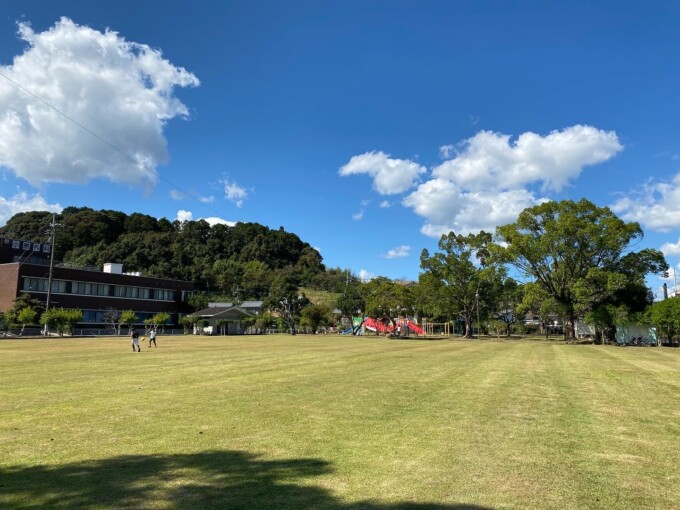 Then, “Well, Let’s go to practice again!” I said.
He said, “Mommy, stay here and watch,” and I honestly just watched his run over here.
Then he ran off to the playground equipment over there！！ LOL! 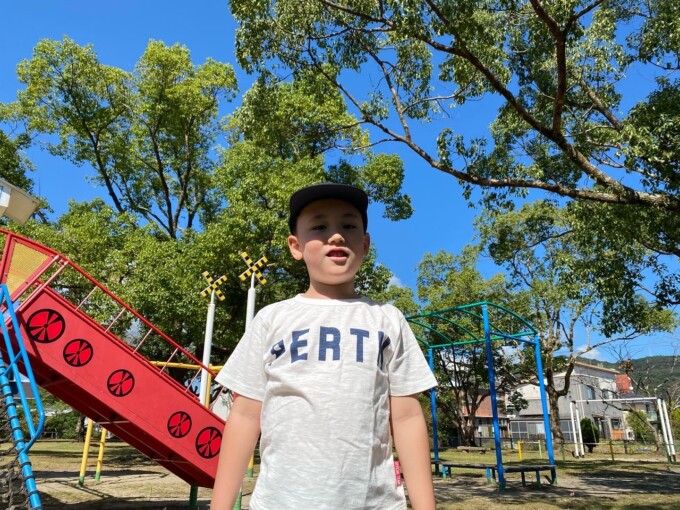 And he was laughing as he went. Super convincing! LOL!
He said he’s tired of practicing, so he’s done with it, and he’s going to do more tomorrow. 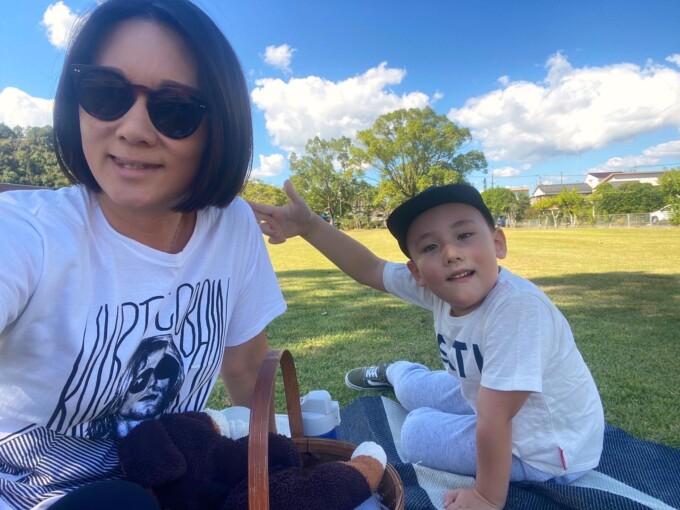 Well, he has made some progress, so I hope he will continue practicing a little more before the athletic meet so that he can improve his ranking a little more!
I’m also motivated because it’s good for my diet and I get to exercise with them! 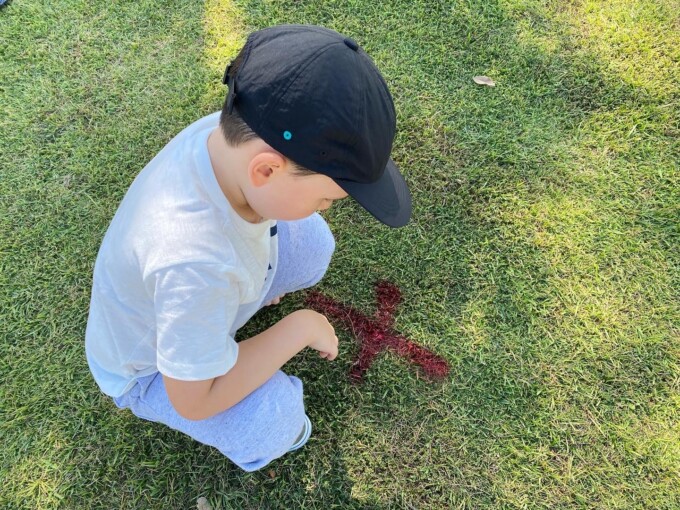 Oh yeah, there was a red spray painted cross on the ground, and my 5 year old, who loves Indiana Jones and stuff, was like.
“Mommy! Oh my God, there’s treasure here! We have to dig!” He was so determined.

It’s nice to have a dream.