As the title says. I started jumping rope! Yes, of course, it’s for weight loss.
I’m sure I’ll gain a lot of weight after 3 weeks in Australia, so my plan is to lose weight before Australia in the next 2 months. 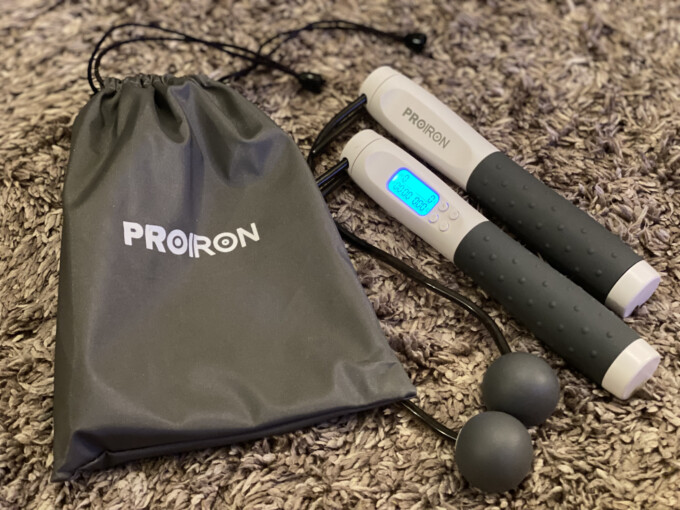 I was already overweight, and to gain even more weight would be miserable. 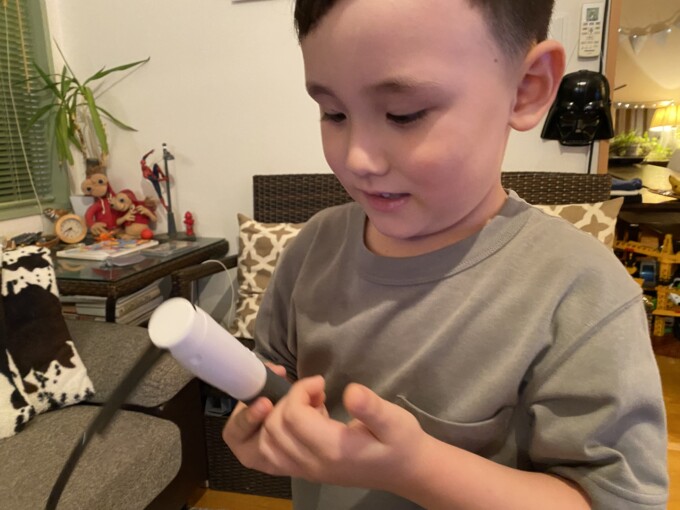 But anyway, at least once every 30 repetitions, I get stuck and felt pain and had to stop every time I did it.
About three days ago, I suddenly thought, “Hmm? Maybe an air jump rope would help?” I googled it, and to my surprise, the effect was the same! 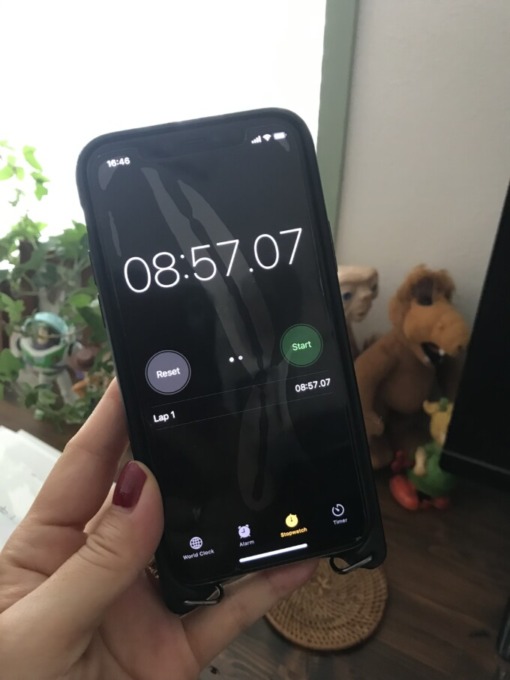 So I tried an air jump rope for the first time that day, and it didn’t even get stuck once!
I was able to jump 1,200 times in 9 minutes! Isn’t that amazing?
By the way, I jumped 200 times within a minute and a half, and the remaining seconds were intervals for rest. 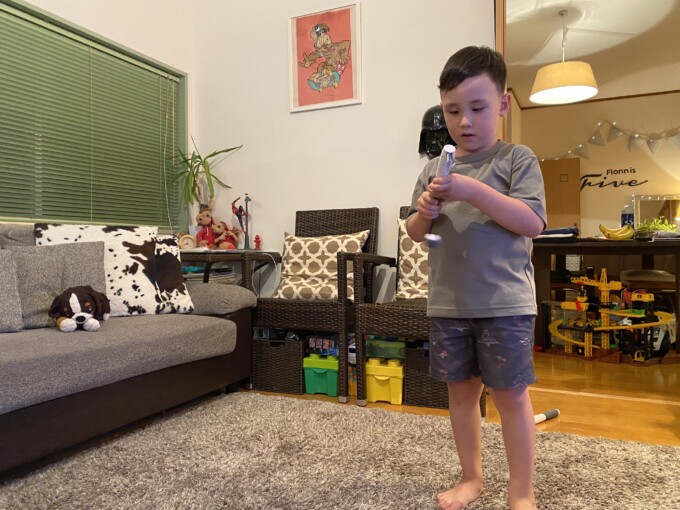 I thought, “I’ll buy an air jump rope!” I found it on the Internet, bought it, and it arrived today.
That’s the one in the first picture.

I didn’t know which one was the best, so I went with the one that came in first with the rankings.
I used it right away and it’s easy to use and very nice. ！！！！ 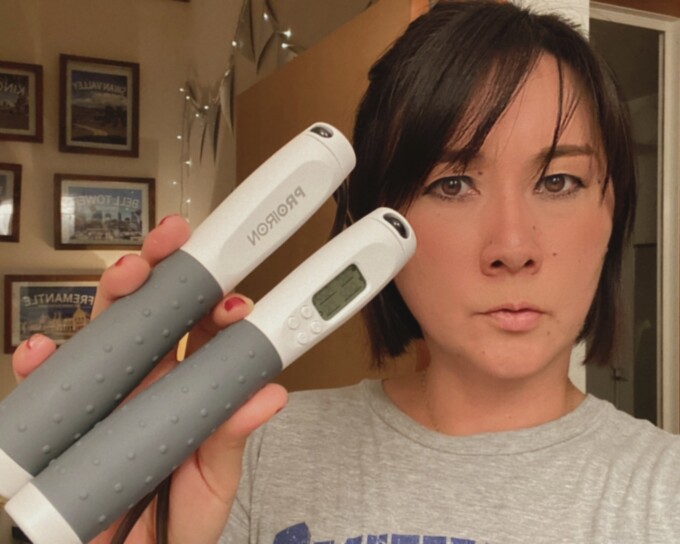 You set your weight, and it shows you the number of times you jumped, the time, and the calories you burned.
And if you stop jumping and take a break, the time also stops, so the only time displayed is the time you really jumped.

The weight is so horrible that I turned it off! I’ll let you know when I lose weight! LOL!

Of course, it’s tough to keep jumping, but I was able to do it for a total of 10 minutes.
I was able to do 1522 jumps! That’s 170 calories gone!
Even though there is no connected rope, its still feels the same as a normal rope because of the weights attached. But it doesn’t get stuck, so it’s stress free and super nice! And I can do it in an air-conditioned room! 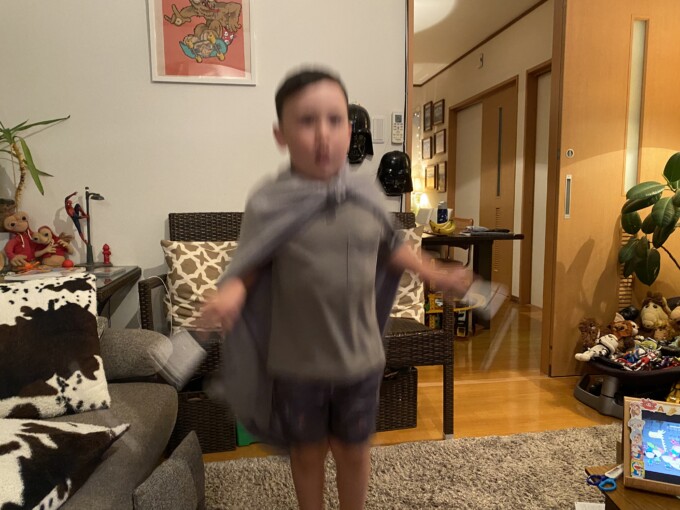 In the meantime, my goal is 5 kilos in 2 months!
To achieve it, theoretically, I need to reduce 600 kcal a day either by restricting my diet or burning calories through exercise.
I’m going to have to work hard at jumping rope for about 200 kcal, and then I’ll have to restrict my diet for the other 400 kcal.