It was late at night on a Monday night back when we arrived at the airport at around 12:30 a.m.
I actually heard for the first time in my life during a flight, “Is there a doctor on board?”!
They had to take care of a sick person first, so wegot off the plane after 1:00am. 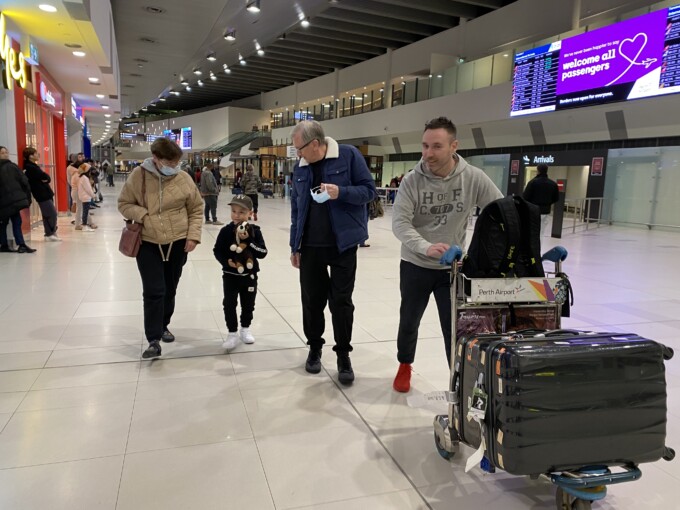 He was watching two movies and saying, “I’m not going to sleep until we get to Australia!”
At the end of the flight, he fell asleep because of the atmosphere of the dark cabin and of course, the time! 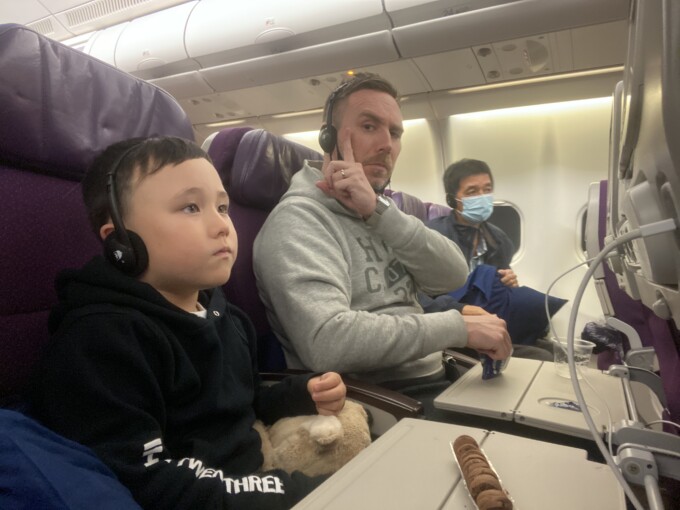 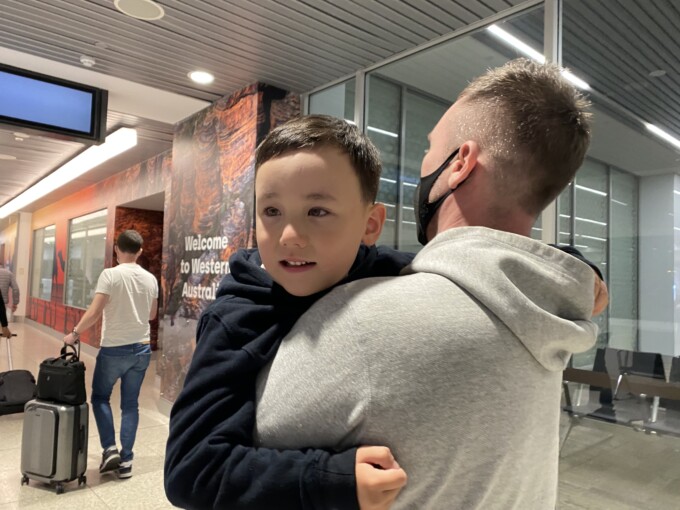 Emmet was carrying him in his arms and he woke up, and when he woke up, he was in Australia so he said “OMG!!! Finally I am in Australia!” He was so happy, it was so cute. 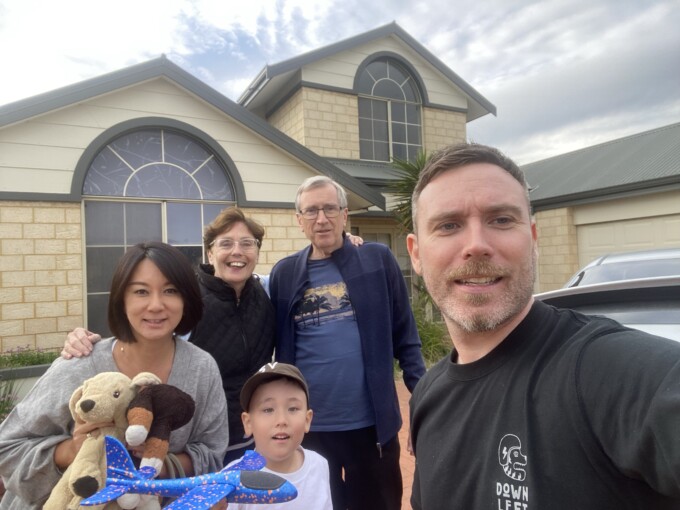 So, our second day in Perth has just passed.
Yesterday, we were so tired from the trip that we spent the whole day at home, and today I had to work in the morning and Emmet had to renew his driver’s license in the afternoon. 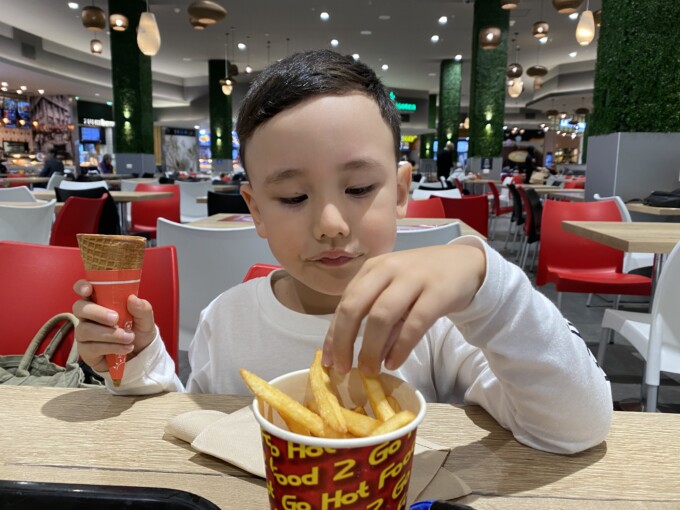 The weather was cold, about 10-15 degrees in the morning and evening, but during the day it was about 18-23 degrees, just like spring in Shimanto!
I think it’s just like March to April. If it’s warm enough, you can wear short sleeves.
However, the house has stone floors and the is very spacious, so even if there is heating, it doesn’t work that well, and the house seems colder than the outside. 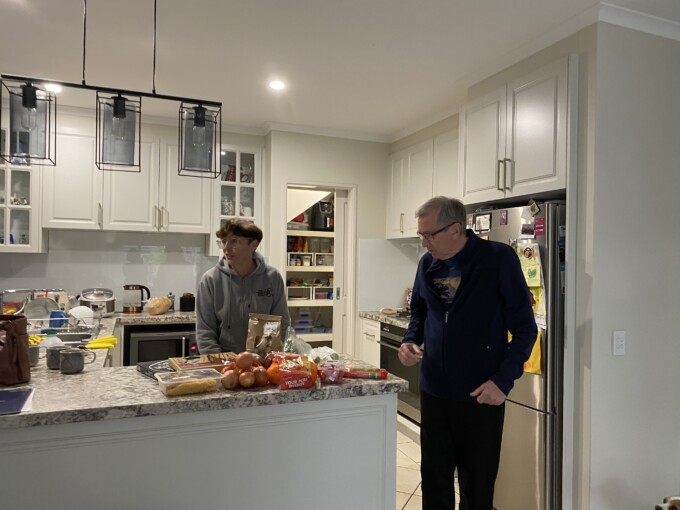 Tomorrow, the high temperature is supposed to be 23-25 degrees Celsius, so I’m planning to go on a lunch picnic.

We are not going on a trip, We are going back to his hometown, so we are not going to be aggressive in our activities.
I’ll be posting more about my life here on the blog. 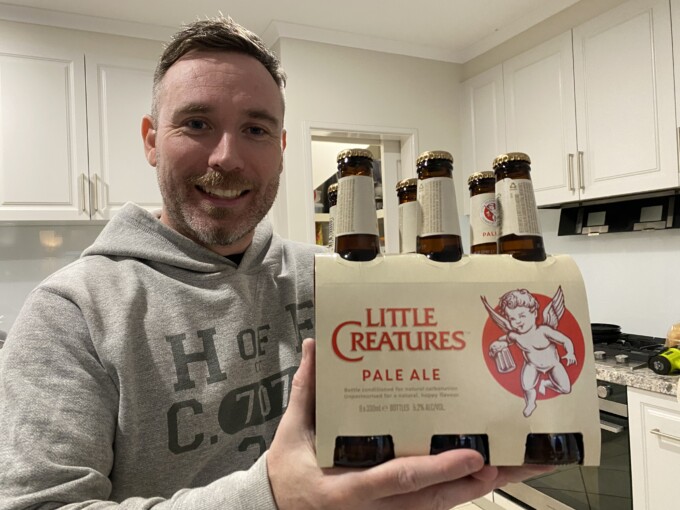 Well, it’s time for me to go to bed and try to wake up early tomorrow morning!
I feel like my sense of time is a little off because of the plane ride, even though there is only a one-hour time difference.

It’s a three-week vacation, but it will be over before I know it if I just live a normal life like this.
Let’s plan to go somewhere with Fionn a little bit.