In the morning, Eme-chan’s friend Alvin called me.
He said, “I just went fishing and caught a lot of kampachi. Would you like some?” Of course! I’d love to have some!! 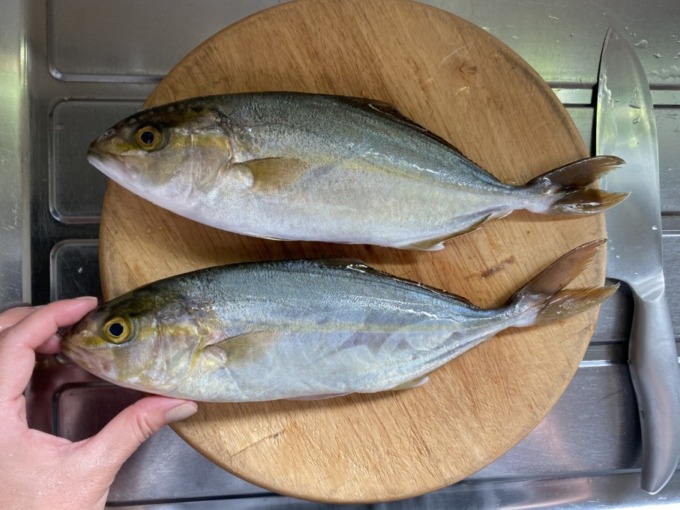 He left home at 3 a.m. and caught them early in the morning, and they were so fresh!
And he had already removed the scales and guts. 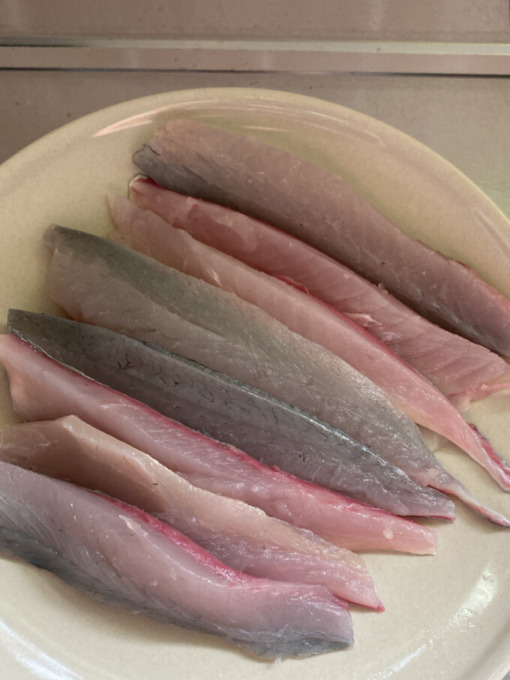 I still can’t cut it well, but I sharpened my knife properly and was able to cut it into three pieces.
I made it into meuniere, which was Emmet’s request, and sashimi and carpaccio, which I wanted to eat. 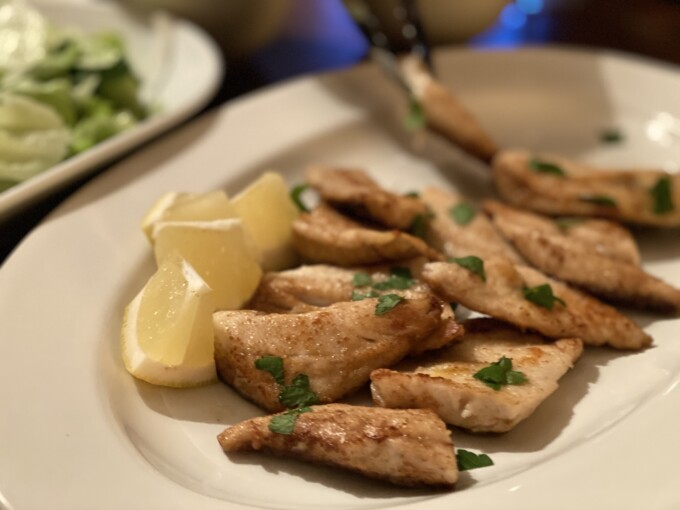 Emmet likes the taste of fish, but he doesn’t like the bones in it.
Or rather, he is not accustomed to eating fish because his parents never served fish or seafood at the table when he was a child.
So, if I can make it without any bones and slightly crunchy, he eats it up!

I made my carpaccio ahead of time and refrigerated it, so it’s a little cloudy on the plate.
But it was chewy and delicious! Fresh is good! 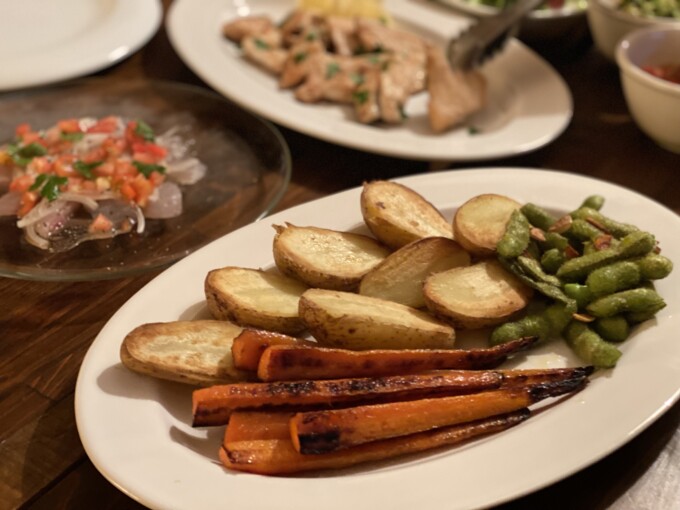 Other than that, we ate what we already had at home – grilled carrots and potatoes again.
We also had a lot of edamame left that a friend gave us this afternoon, and we made peperoncino with them. 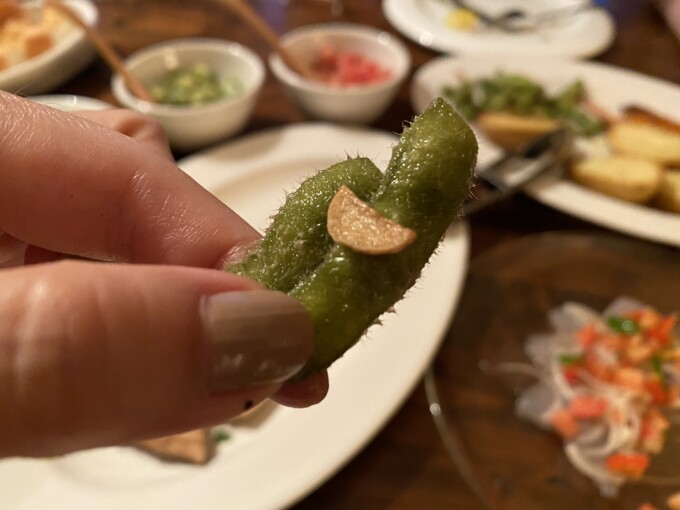 Emmet loved it! After boiling them normally, I cut off a little bit of both ends and put them in a bowl of olive oil with lots of garlic.
The garlic oil gets into the edamame through the cut off space and makes the edamame taste different! 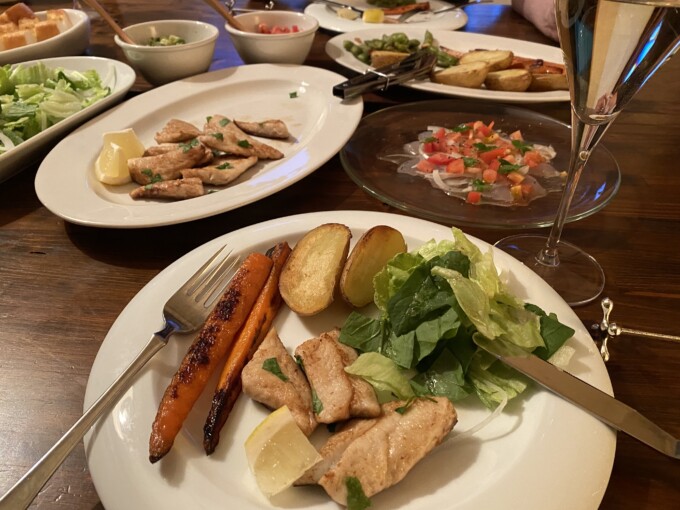 Oh yeah! Fionn, who usually doesn’t eat seafood, said this meuniere was delicious!
He ate a lot of it! I’ve blogged before about how much he dislikes fish.
But to eat so much fish is a big step forward! Now that both Emmet and Fionn can eat it, I hope they can eat more regularly! 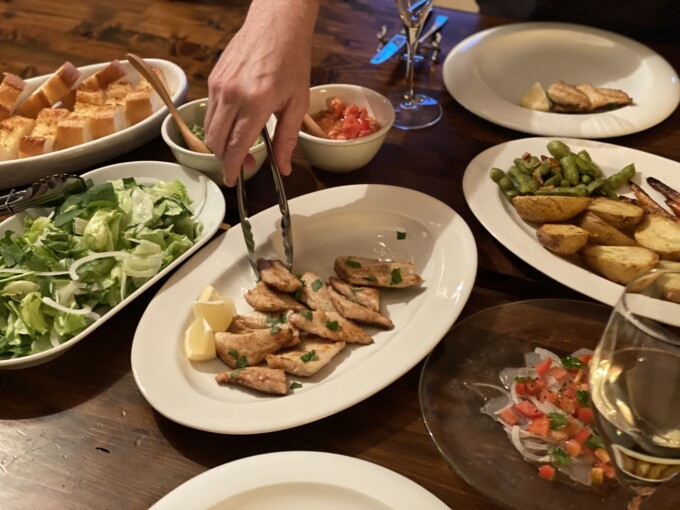 In the end, we had a delicious dinner today with what we had at home and what we received from our friend.
We live in the countryside near the ocean and rivers, so we often get fish, shrimp, and squid that our friends catch.

We also often receive vegetables and fruits grown by our friends, which is a big help to us!
And it’s really nice to have local and seasonal foods on the table, isn’t it!