I don’t remember how I came to know of his existence, but I had been following him on Instagram and thought his pottery was wonderful. I had always wanted to buy a large size of one of his plates, so I decided to DM him directly! 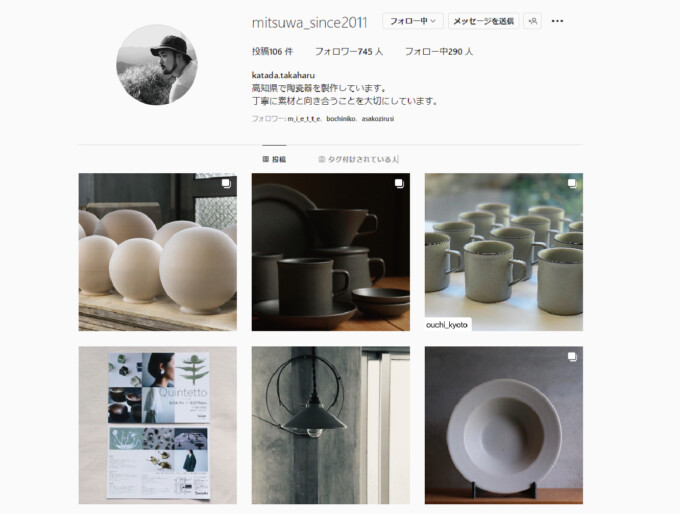 At first I asked him where I could buy the plates, but it seems that they are no longer in production the plates I wanted, but he sent me a picture of some of them which he had still. I decided to buy the largest one. 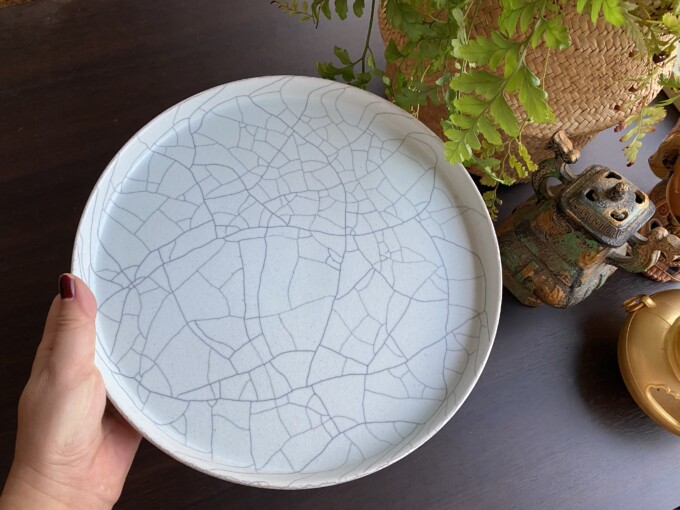 It was a bit expensive and I had not seen the plates in person, so I was worried about it and decided to buy only one. When I told Emmet about it later, he said that if it was a nice plate by the artist from Kochi, even if it cost a little more, you should take good care of it and buy as many as you want, so you can support the artist!
Eme-chan always says that he supports his favorite directors’ films and musicians’ works by buying their CDs and Blu-ray discs directly without using subscriptions. 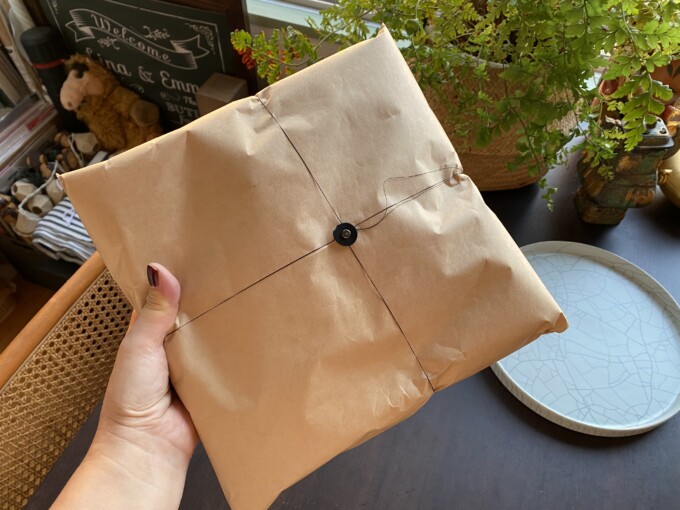 The 9 size” dish I received was so beautiful that I wanted to get the rest! I contacted him immediately and told him I would purchase the rest of the dishes I wanted.
Then, I received a surprise gift of the plates along with a letter from him saying, “We’re putting the extra plates in there as a small token of our appreciation！！！ 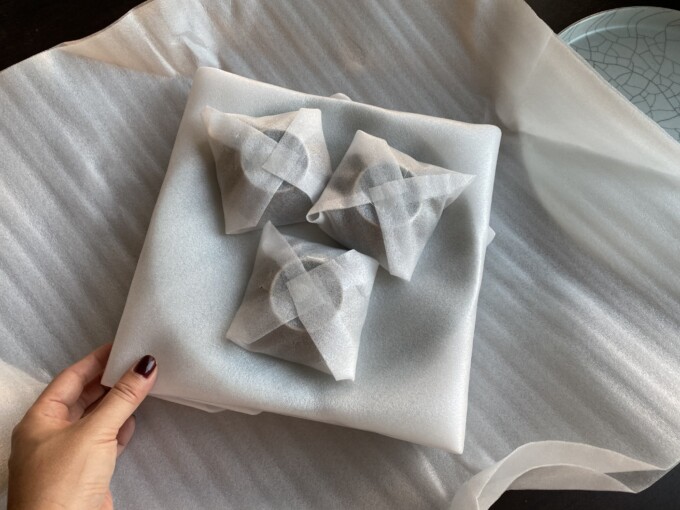 This is such a nice surprise.
I was happy that I was able to communicate directly with the artist and purchase the item, but I was also very happy to receive such a thoughtful gift. 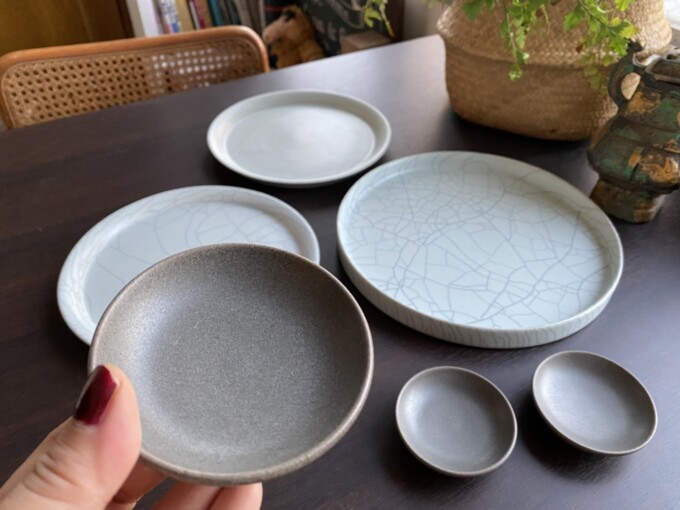 I usually don’t have the chance to buy things directly from the makers because I tend to buy in stores or online, but now, thanks to social networking sites, I feel new and special to be able to make this kind of connection. It makes me want to support them more! It makes me want to buy more! 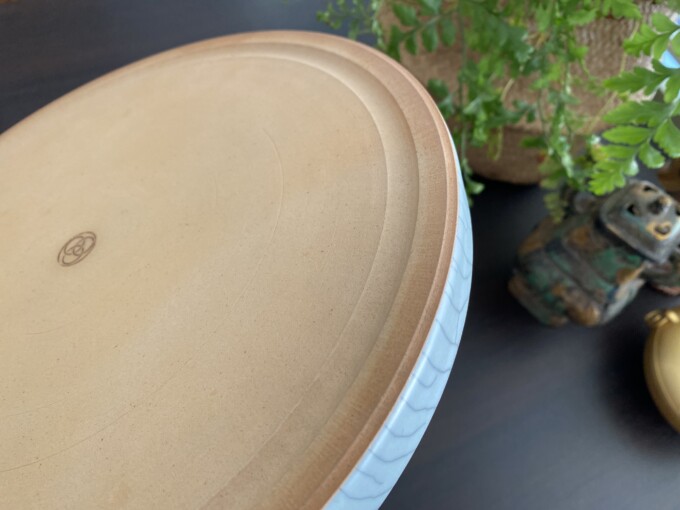 Look at the careful work. Of course, I saw the front, but I really got to see the back.
So, this is what it means to be a professional.

But it would be a waste if I rarely use it because it’s too expensive, so I’ll keep using it!
I’m an enough adult now, and I’m thinking of getting a variety of nice tableware.