After going to the city on Thursday to enjoy the warm weather, Friday and Saturday were cloudy and rainy.
It’s winter here, so I don’t feel motivated to do anything without sunshine. 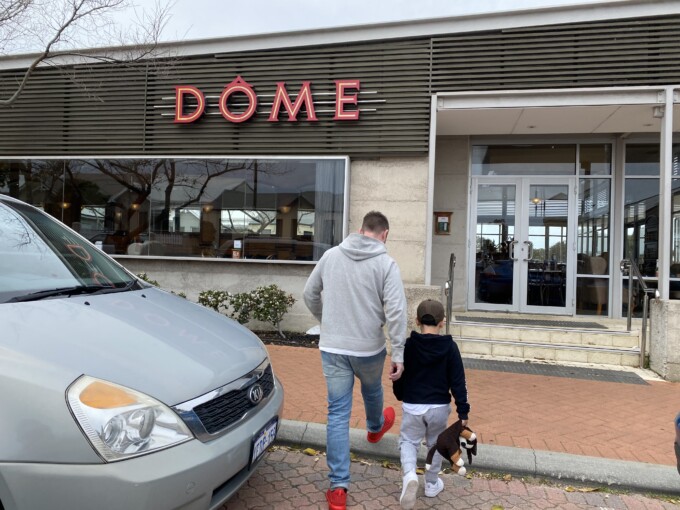 So we were spending our time without doing anything special like going to a local shopping center for a little shopping or having lunch at a local cafe. 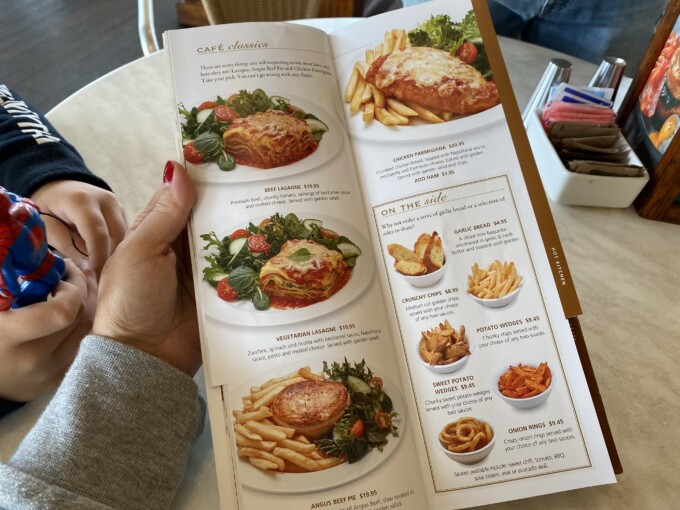 This is Cafe DOME, which can be found at many places, and the last time we went to the aquarium, I just had lunch with my father-in-law, mother-in-law and Fionn. Here is an ok place to find for Fionn to eat.

Fionn has a “picky eater” problem, which I have written about from time to time, is exploding over here!
When we go to a restaurant, there is nothing he can eat, and sometimes all he eats are fries! 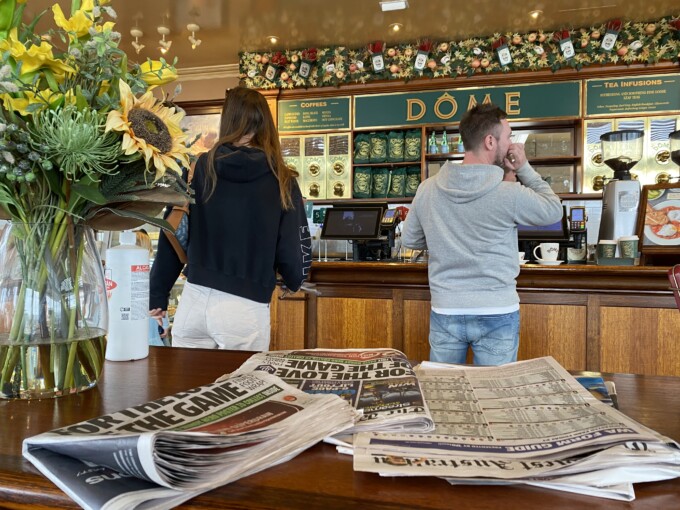 Here he eats hamburgers, so that helps a little.
Even if we buy bread at home, he won’t even eat it because he thinks it smells or tastes different. 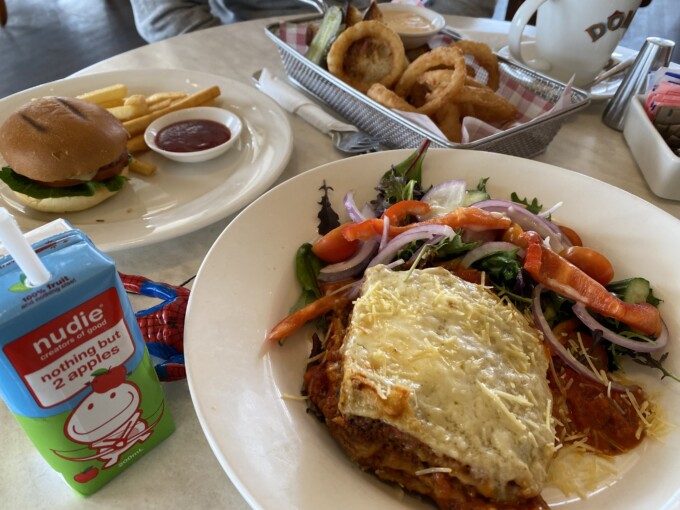 By the way, I ordered the beef lasagna and Emmet had the seasonal dish.
Basically, we only have heavy food like this (of course), so I miss Japanese food…really. 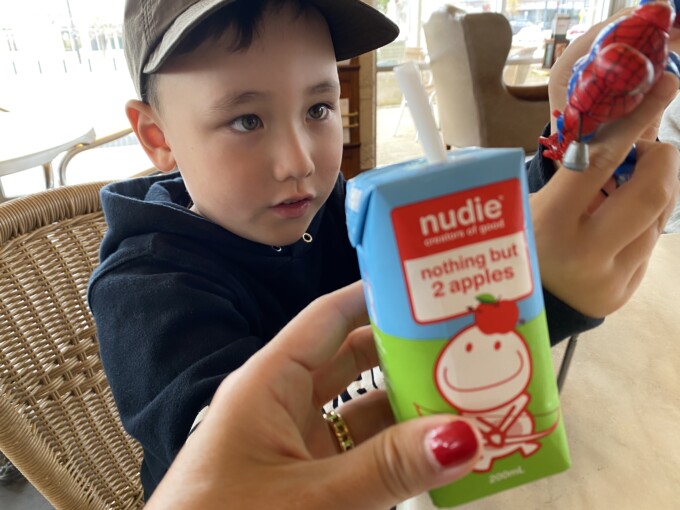 We have a rice cooker at home, so we buy “sushi rice” (meaning Japanese rice) at the supermarket and cook them.
I eat the rice often, but I don’t know why I miss typical Japanese food so much when I’m in a foreign country. I don’t eat that much Japanese food in Japan.
I miss pickles, natto (fermented soybeans), miso soup, cold yakko, and vinegared vegetables so much. 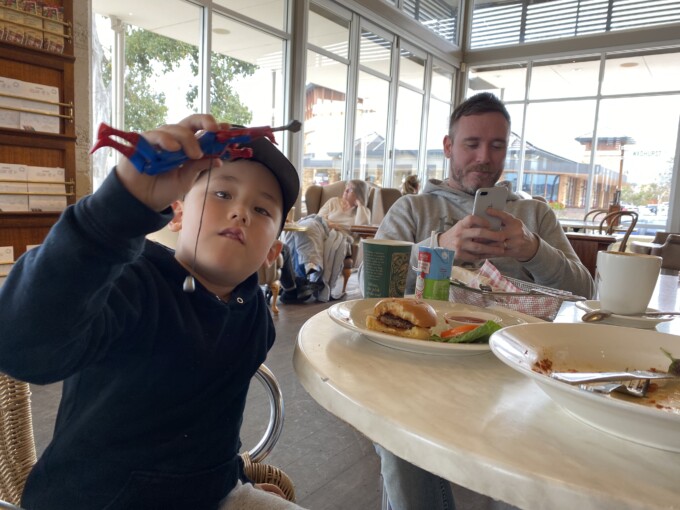 At this time, I ordered the meal I just had, plus Emmet’s latte and Fionn’s apple juice!
All in all, it was about $55 for lunch. It was about 5,300  Japanese yen.
DOME is a light meal, so it is relatively inexpensive. 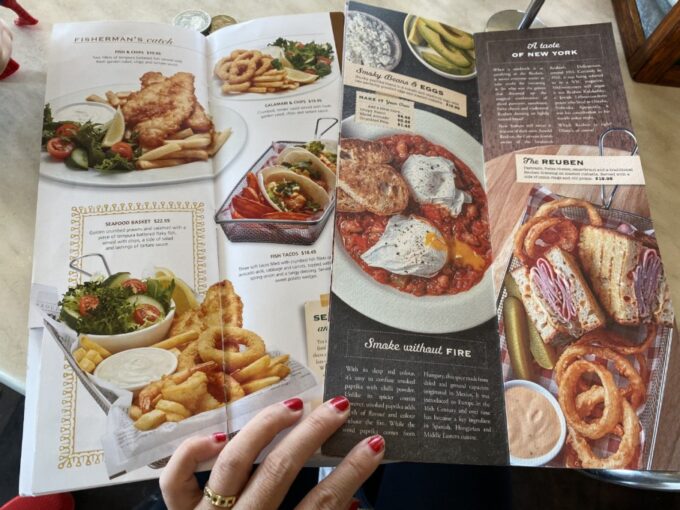 Well, even though it is a light meal, the volume is huge (especially the amount of fries), so the price is probably reasonable considering the amount. 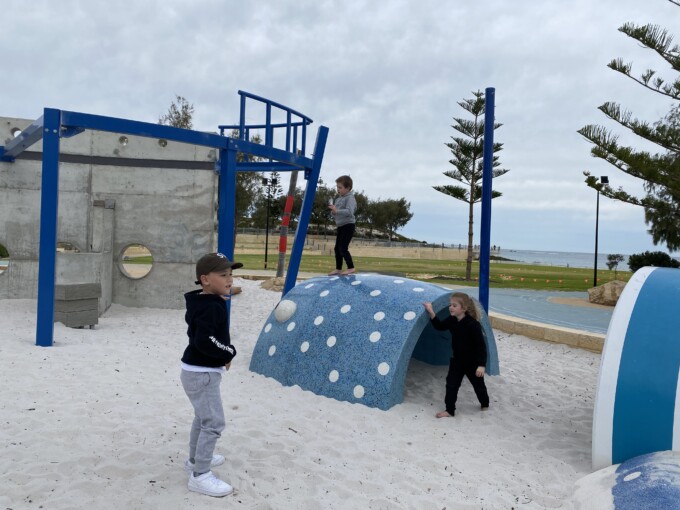 After lunch, we went to a nearby playground.
There were kids about the same age as Fionn playing, and before we knew it, they had made friends and were playing hide-and-seek with each other!

In English, “Mouiikai” is “Ready or not? Here I come!”
The kids were saying it, and Fionn could say it too. 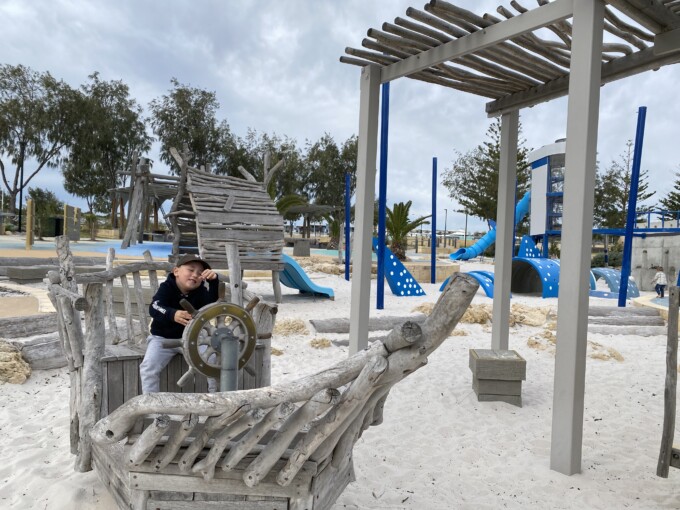 I guess a 5 year old can learn English very quickly and become fluent.
I have a lot of things to think about in terms of education and environment during my first time in Australia with a child of this age.