It’s hospital day for Shuna, a miniature schnauzer at that is my father’s dog.

I mean, his name is so simple! I can’t believe it’s a schnauzer named Shuna! LOL!
The American Cocker Spaniel we had before that was named Coca-chan, so our naming is super simple! 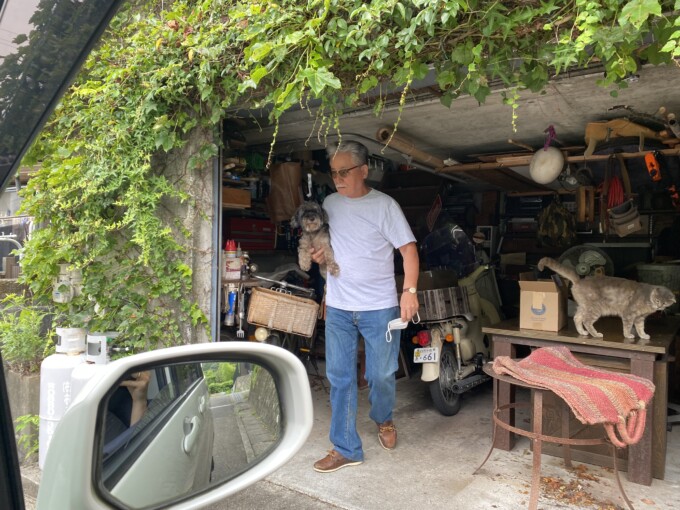 When I went to pick him up, just dad came in the car and I said, “What? Where’s Shuna?” he said, “Oh, I forgot!
Hahaha Grampa ganbatte! LOL! 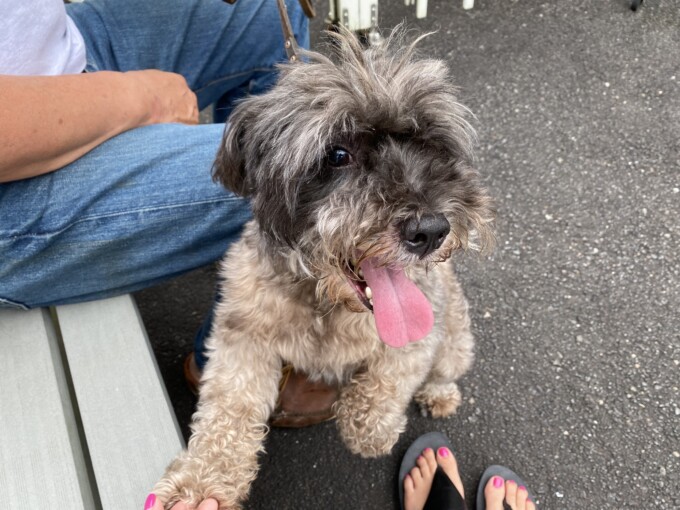 Usually, my sister Yuna is in charge of Shuna-related matters, so I don’t do something for our dog usually.
This time, Yuna was too busy to go, so I went to Okada Animal Hospital, which has been taking care of our dogs for generations. 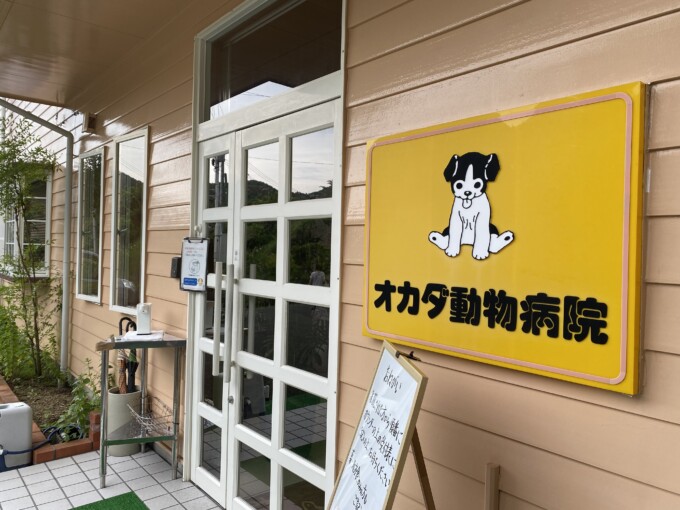 Looking back, our first dog to go there was our golden retriever, that was since I was in high school, so it’s been almost 30 years. I mean, 30 years is a scary time to look back on my high school days. 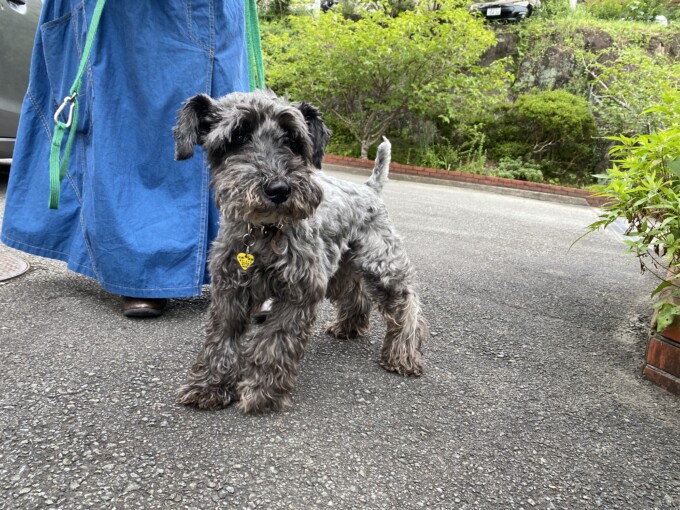 I went there at about 9:20am because the hospital starts at 9:30am, but there were already about 10 people waiting. The waiting time was super long.
Then the same breed schnauzer came in to the hospital!
Look at him! Isn’t this dog a super schnauzer? He’s totally different from our dog! LOL! 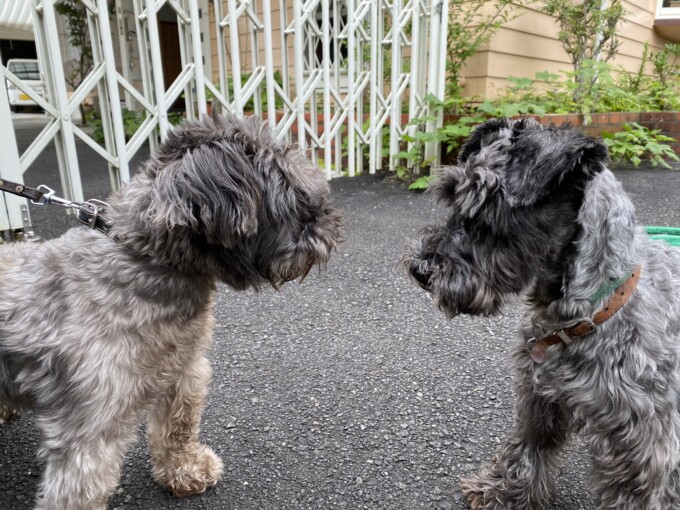 I know Shuna doesn’t have pointy ears, he’s fat, and maybe he’s cut differently, but…
he looks like a completely different breed, doesn’t she? But, well, a stocky Schnauzer like this is cute, too. 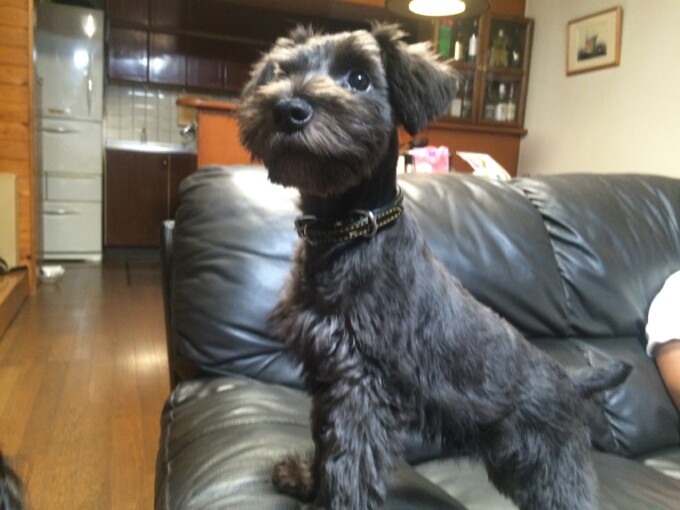 But, the one of the best reasons with Shuna is that he and my father can live in the same house and he keeps my father company.
If it weren’t for Shuna, he probably wouldn’t go for a walk, and he probably wouldn’t say a single word at home.
Shuna wakes him up early in the morning, and he has a lot of things to do for Shuna, and they have a lot of conversations.
I really appreciate the presence of pets, don’t you? 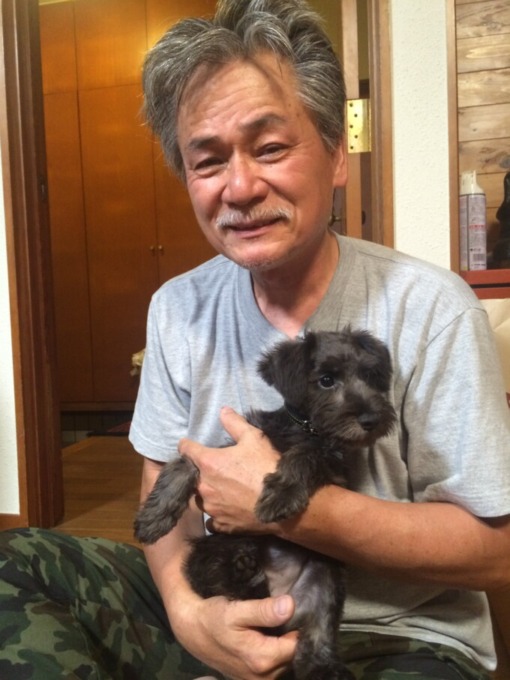 My dad loves animals like crazy (that’s all my siblings on his side of the family).
I’m so glad he got to meet Shuna.

We have one person in our house who loves animals more than people too ( Of course Emmet), but he’s definitely going to get one when we build our house too.
I can’t wait to see it happen because having a pet is definitely a good thing for Fionn.