The weather forecast is only good for three days from today and through the weekend, and then it’s not good at all.
So I worked like crazy in the morning and took Fionn to the beach in the afternoon! 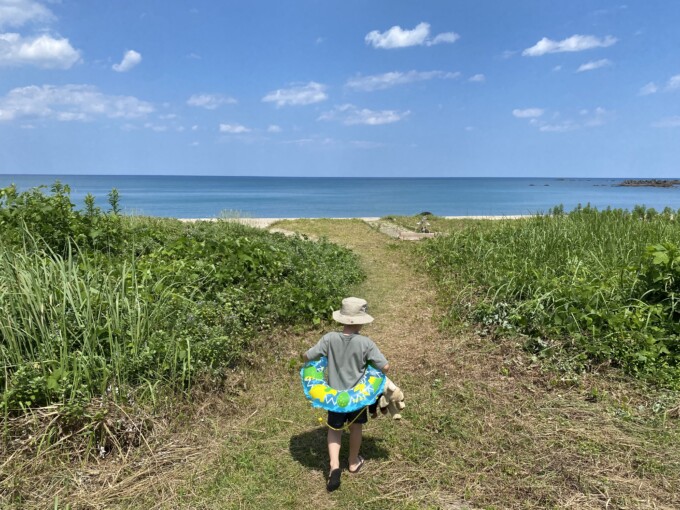 Yes, today is the start of a long summer vacation!
We are going back to Australia for 3 weeks from the end of August, so including that, he’ll be off for a whopping 50 days.
I wonder if it will be okay…. I’ll leave him at kindergarten sometimes. 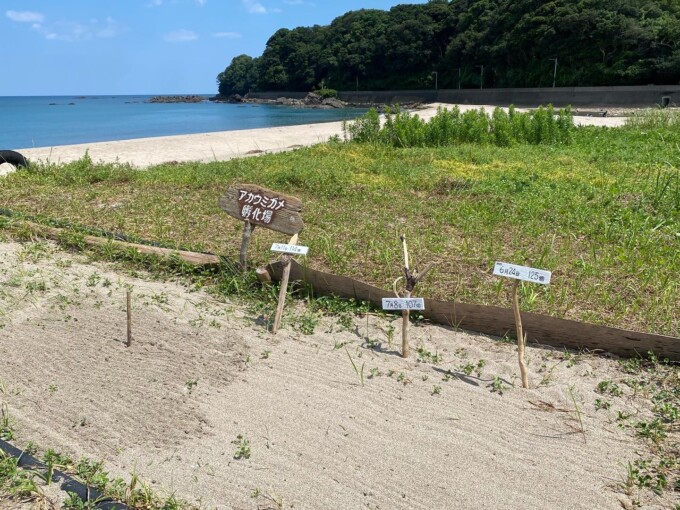 As soon as we arrived, there it was again this year! A sea turtle hatchery.
Not just on this beach, but in the ocean near Shimanto City, sea turtles come ashore and lay eggs!
People find them, dig them up, and protect them in a safe place.

We should be able to see the baby turtles hatch and head out to sea, so I’m hoping to take Fionn this year! 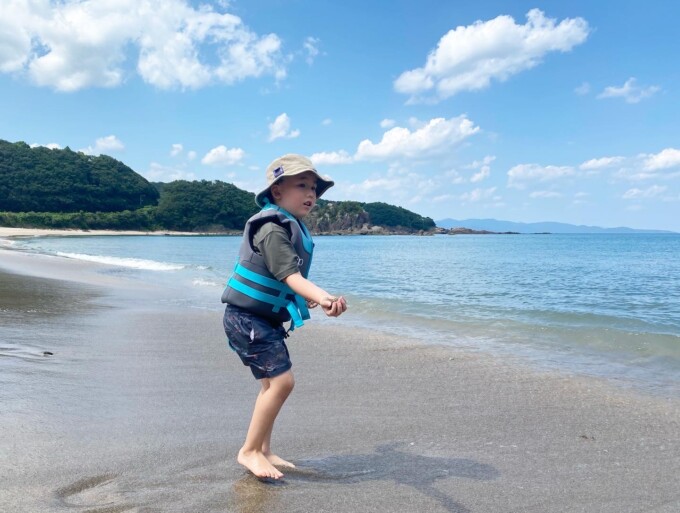 As usual, my favorite, Nashishi Beach was almost empty!
Well, it’s a weekday today, and I’m sure there would be 20-30 people there during the summer vacation weekends!
Still, it’s surprisingly small compared to the beaches in the city. 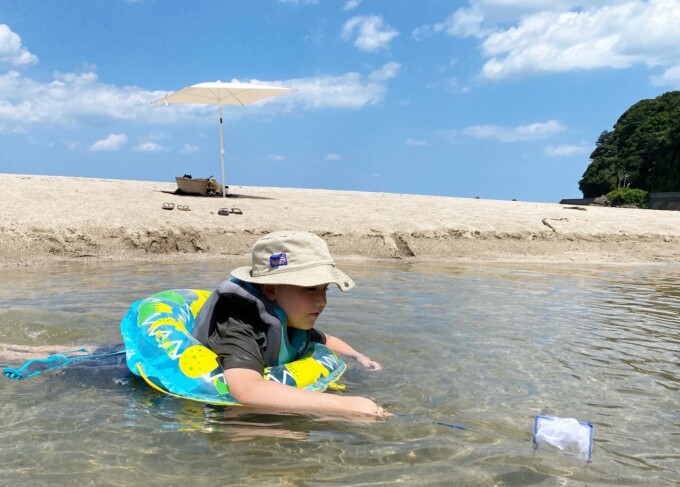 Fionn has outgrown his arm floats and is now wearing a life jacket.
My nephew gave him the one he used to wear until last year, and it zipped up just barely.
He’s a little chubby, so the waistline is bigger. 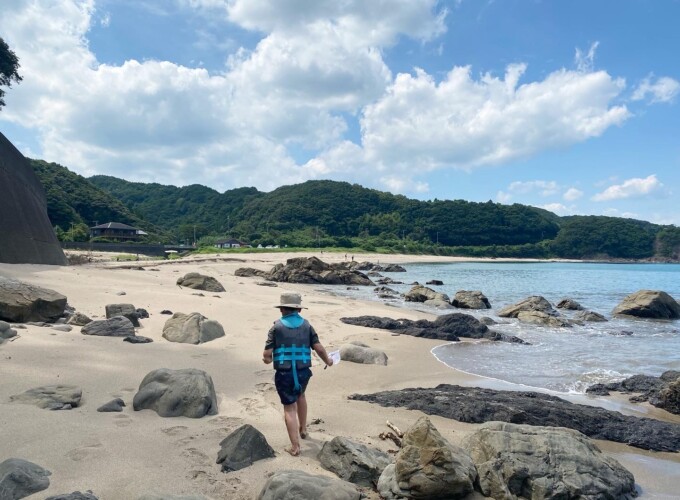 We were going to catch fish, crabs, and shrimp at the rocky beach, but the tide was too high and we had to go back to the beach. 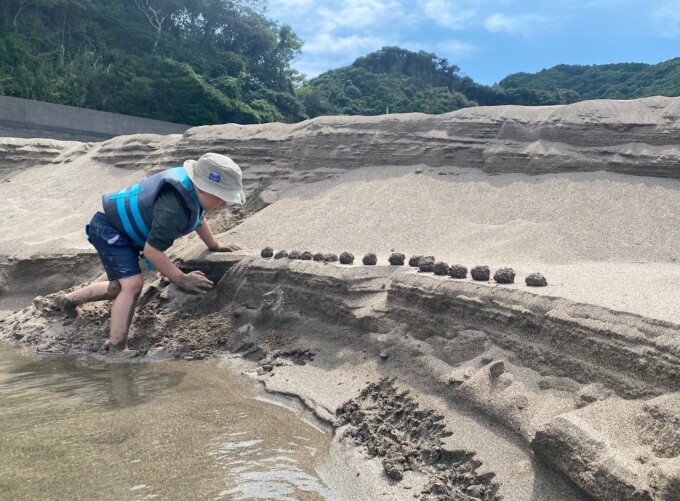 But he kept coming up with new ideas for games, and he kept on doing them.
LOL! Making lots of sand dumplings and selling them to me on the shelves that were naturally formed by the waves. 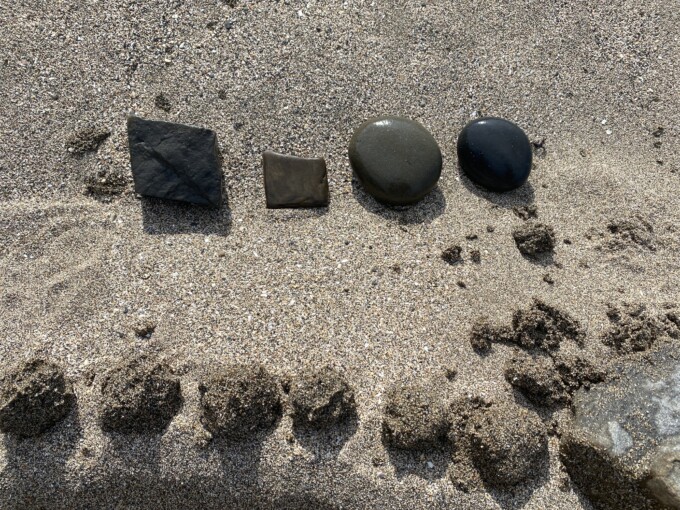 He would find square and round stones and collect them, saying, “They are treasures!”
Of course, this is much better than sitting in an air-conditioned room eating ice cream and watching YouTube! 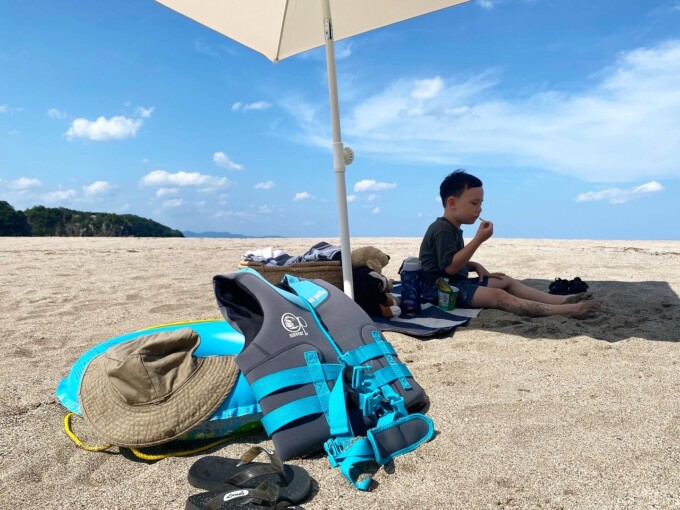 We had a few drink and snack breaks along the way.
Even in the water, you sweat, so we had to rehydrate ourselves so we wouldn’t get dehydrated if we played all the time. 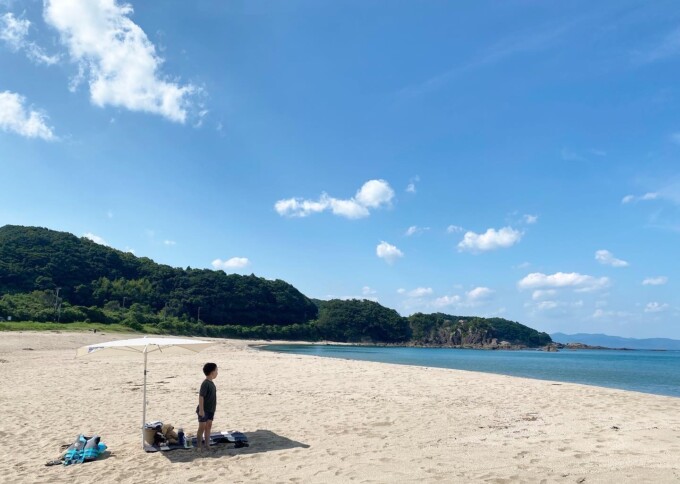 Oh yeah, the new parasol I used for the first time was the one I bought at IKEA the last time I was there.
It was cheap, only 2,999 yen (tax included)! I had been wanting one since last year, but I couldn’t buy one online. 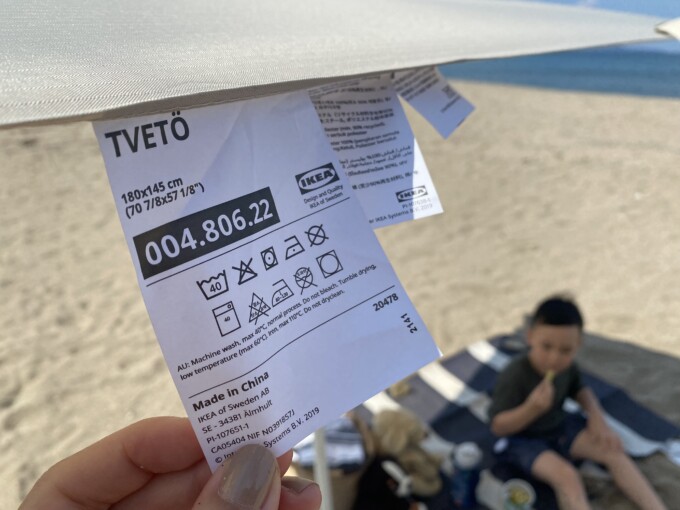 It’s called TVETÖ, check it out here!
You can easily adjust the angle of this thing at an angle (the stick turns with a pop), so it’s very convenient! 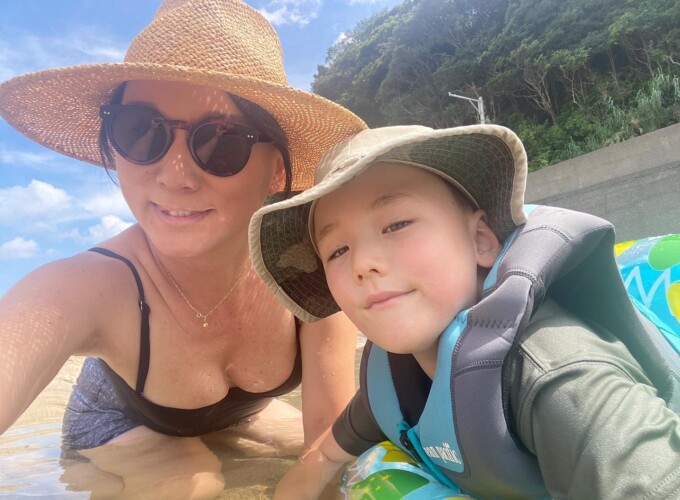 If I were skinny and stylish, I would wear a bathing suit to the river, too. 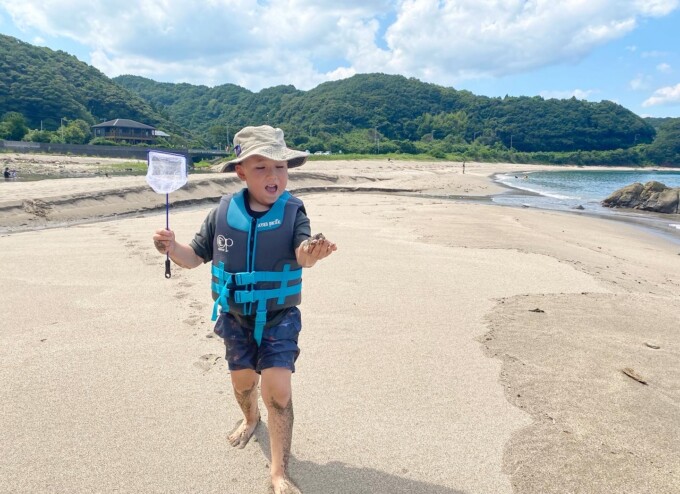 We played from about 1:30 to 5:00 in the end.
I promised Fionn that I would go somewhere else tomorrow, and he didn’t want to go home.
I felt like I somehow managed to convince him. 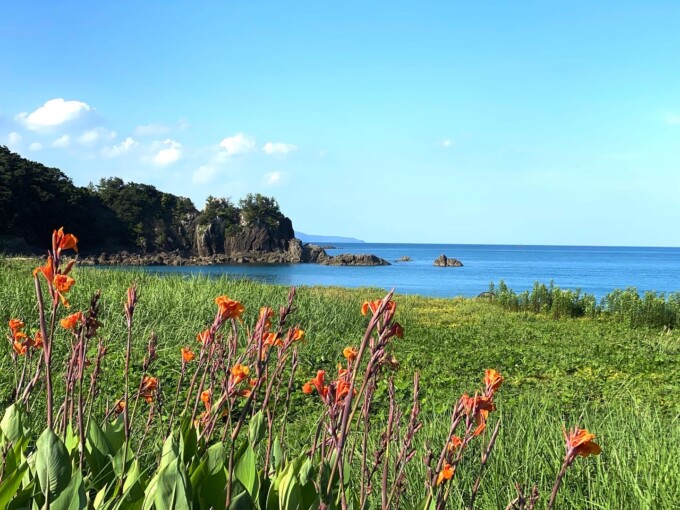 Of course, sunburn is bad for your skin, and the ocean is sticky and the sand might make your car rough.
But I wish people would stop worrying about such things and just enjoy the great scenery and nature here to the fullest!

Japanese people, let’s play more without caring about age ！！！！
And let’s create an environment where people can proudly wear swimsuits even if they’re a little overweight! lol