Fionn loves to play in the ocean and the river, but actually he panics a little bit when he gets water on his face!
If he accidentally gets water in his eyes, even in the shower, he freaks out!
So, on the days when his kindergarten has a pool day, he gets a little anxious and wants to take the day off. 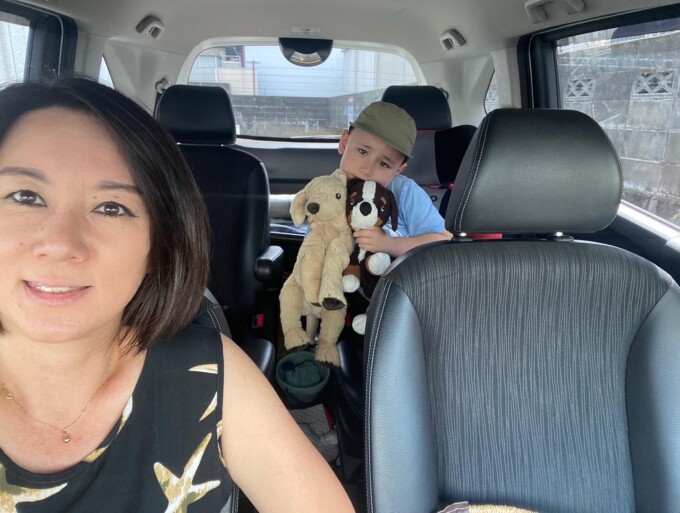 But then a mother of Fionn’s good friend happened to see Fionn in the pool class, and he was having fun in the pool!
She thought that if Fionn has a good feeling about swimming, it might be a good chance to go to swimming class!
My WISH came true and I was able to take Fionn to swimming school today！！！！

His friend has already been swimming there for a while, so it looks like they’ll have fun together! I tried to guide him well, but he was still a little nervous right before we went. He was probably wondering what they will do in class. Would it be fun?
But once he got there and met his friends, he already looked like he was having fun. 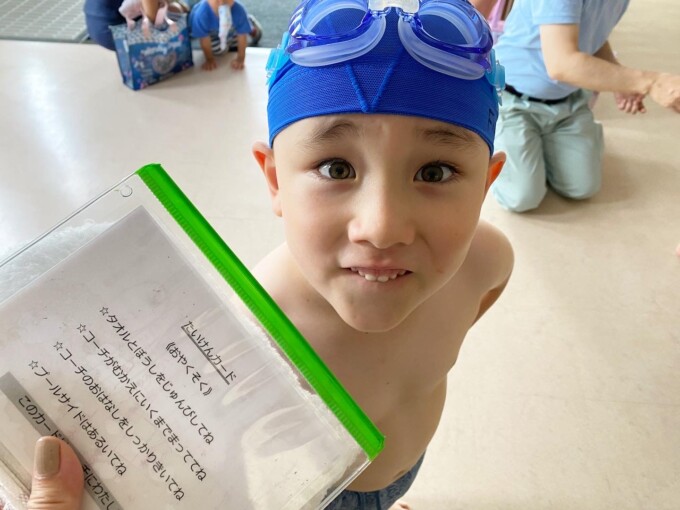 At first he looked a little nervous when he saw the big deep pool, but once he put on the helper and the arm floats, he had a great time swimming.
By the end, he even took off his goggles and put his face in the water!

I was so nervous because I know Fionn’s personality and I know he’s not very good at swimming.
But the coach was really kind, very attentive and praised him when he was able to do it.
After he was able to put his face in the water without gogglew for the first time, he even turned his head toward me and gave me a big smile.

I was slightly moved at some points seeing him like that. 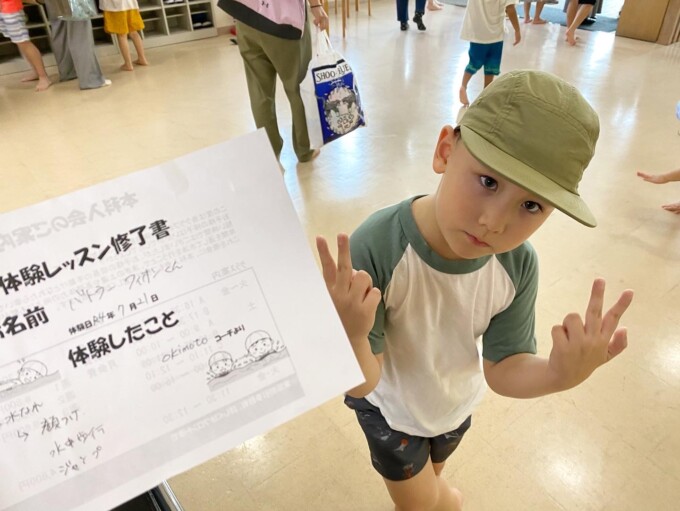 He was in the pool for almost the entire hour, and even with a helper, he swam just fine.
I wonder if he is not in pain because he swims so awkwardly. I was a little worried that he might be tired.
But when he came out of the pool, he said, “I wanted to swim more, but now I’m done!” he didn’t seem tired at all.

I forgot that kids don’t get tired so easily. 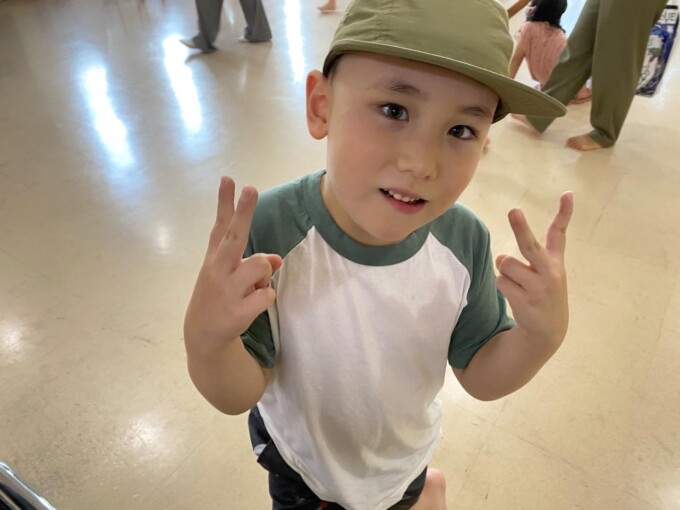 He seemed to have gained a lot of confidence already, and he said things like, “I swam backwards (for about 2 seconds).
I counted to 10 with my face in the water (probably a mistake, he meant 3)” He told me with such excitement.

Water can be life-threatening, so I really wanted him to learn how tom swim, and I am so happy that he is finally starting.
I’m so grateful to Fionn`s friend and her mother for inviting him and for changing her class to swim in the same class with him today!
I really wanted to take pictures and video of my first swimming school experience, but of course in this day and age, photography is prohibited, so I couldn’t. ！！！！
But it has left a strong impression in my memory.