The Awesomeness of DNA

I was getting ready for my trip to Perth a little bit today, as I did yesterday.
Today, you see, the SIM unlocking I did on my own didn’t seem to be working on my phone.
I went to Softbank to check that out.

Oh, the photo was taken the day before yesterday, two years ago. It was August in the middle of summer, so we had an evening picnic after it cooled down a bit. 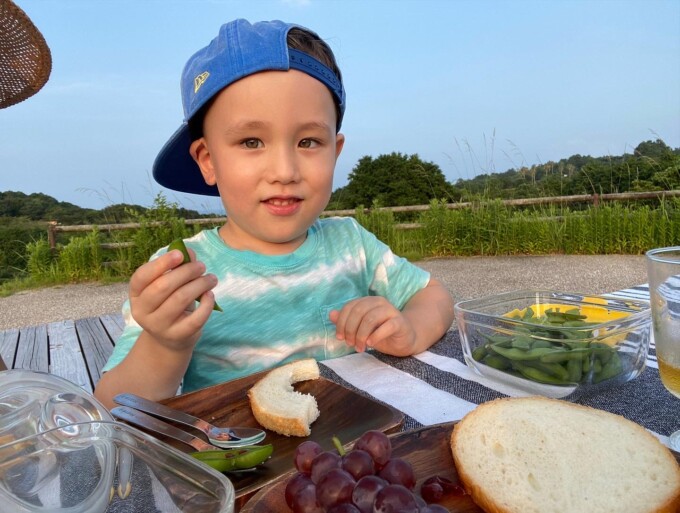 While I was at the cell phone store, Fionn and Emmet went to the arcade in the shopping center.
After some deliberation, they decided to play a crane game. Fionn wanted to get a little round character called “Maizen something” and I joined them. 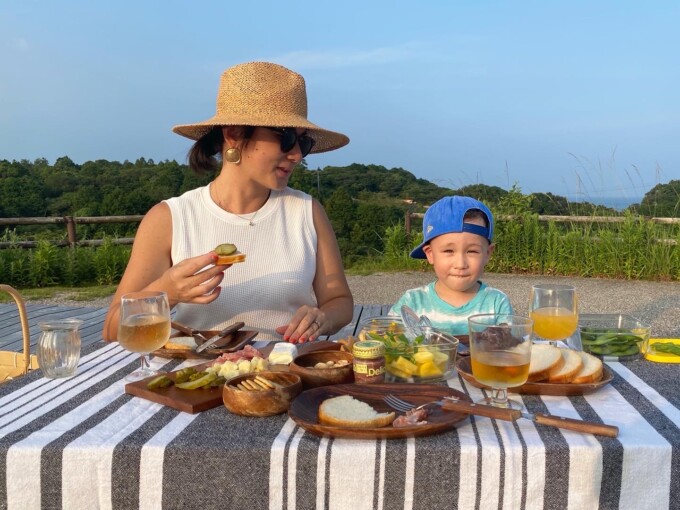 I think it was Fionn’s first time playing a crane game.
He tried it once, but he only moved the claw horizontally and didn’t adjust the front/rear position. 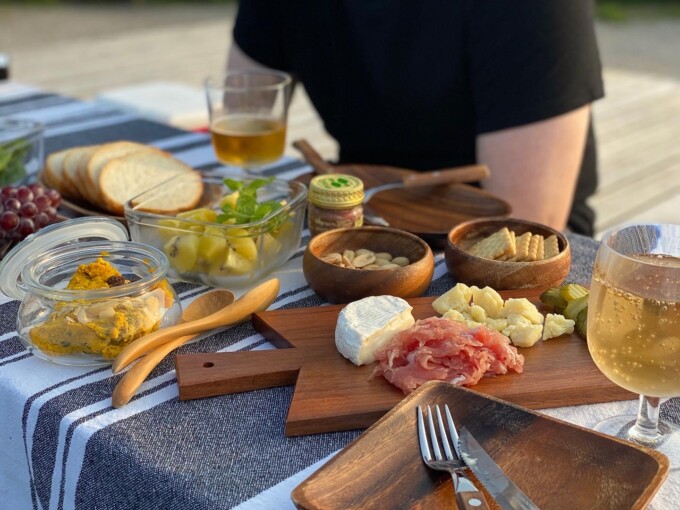 He couldn’t get it right, so I explained it to him again, and after, he understood. I let him try again.
This time he got it perfectly. ！！！！ Fionn was overjoyed!
But then the toy fell off with a little bump before it reached the hole.

He was so frustrated that I gave him one more chance, and he was able to grab it again, but with a slight bump during the move, it fell out.
Then Fionn got mad, mad, mad! 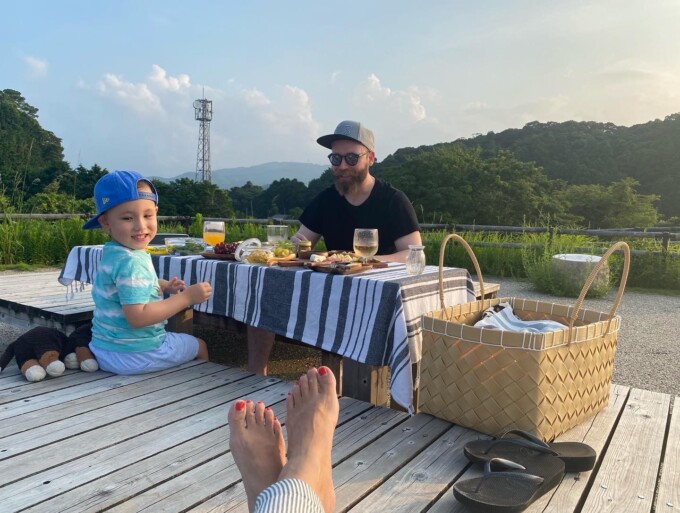 (The pictures don’t match the story at all, do they?)

But we had an agreement, so that’s the end of it! I said, “But I promised, so this is the end!
Since he was a little boy, he has always done his best to hold back his feelings and not be selfish when he has made promises like this.

However, he was not satisfied with the process of the game.
“If I get a perfect score and then I fail, who gets it?”
“That game is so unfair!”” That game is a lie! ” “I’ll smash it next time if you don’t mind!”
The anger and questions came one after another! 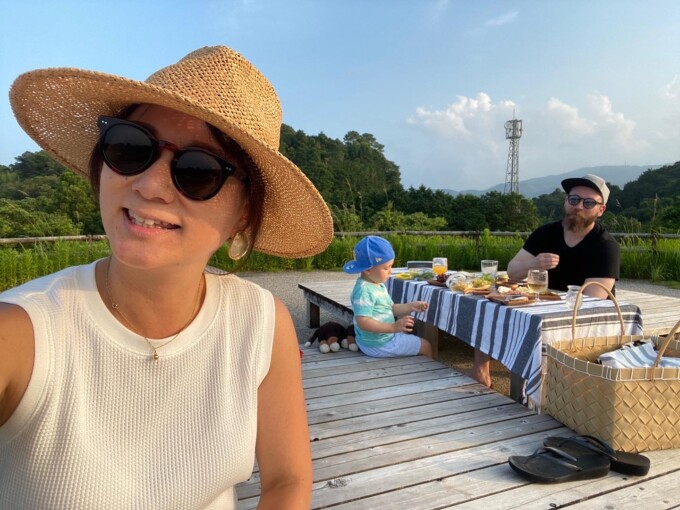 Eme-chan said, “They make it so that it’s not easy to get the toy and make the kids spend a lot of money. That’s the strategy of the game company to get a lot of money from everyone! That’s why we shouldn’t do it anymore!”
And Fionn said , “Then tell the game company that this is not the way to do it!!”
And I said, “Well, Mommy will call them and tell them!”（Not true)  And he says, “Mommy, how do you know the number? Are you going to ask? If so, I’ll say no too!” 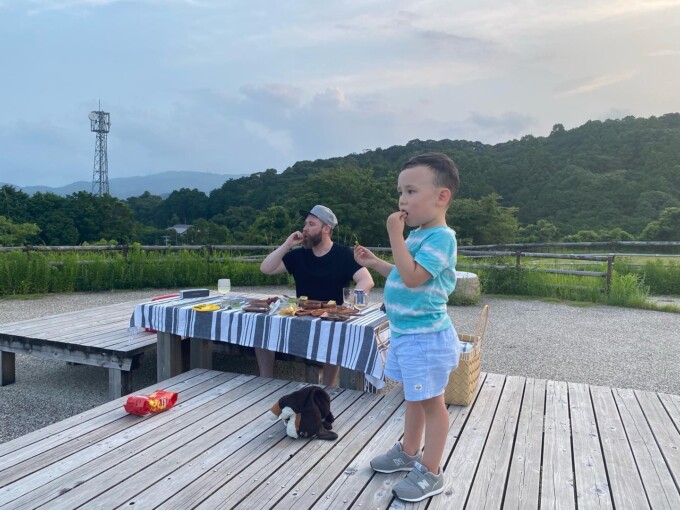 Anyway, my 5 year old is not happy with the process, and he is insistent on getting angry!
He was still angry while shopping for dinner, at the cash register, and while walking through the parking lot where the car is!!

This is exactly the same as when Emmet was a child!
He was so angry and kept saying, “Oh my God, I’m so angry!”
If his parents saw Fionn like this the next time we visit Perth, they would feel like they were back in time. 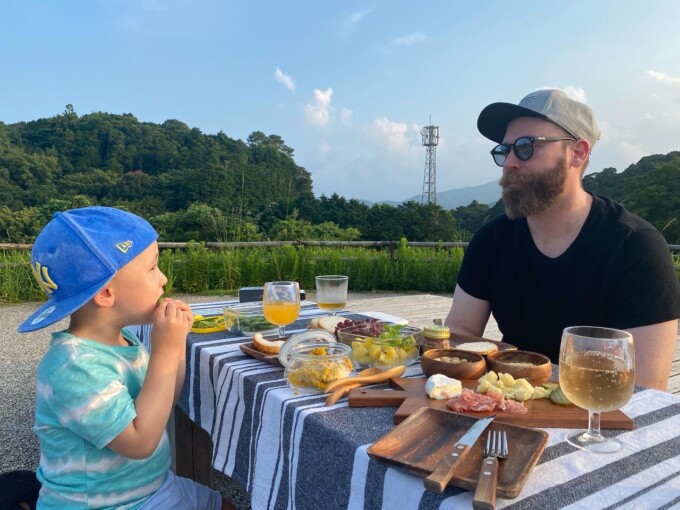 At the end of the ride home “You would have a mean face if you stayed that angry all the way home! Let’s forget about the bad things and think about the happy things to make a happy face! I said to him.
And he said, “Yes! Happy is good!” And it was all over. 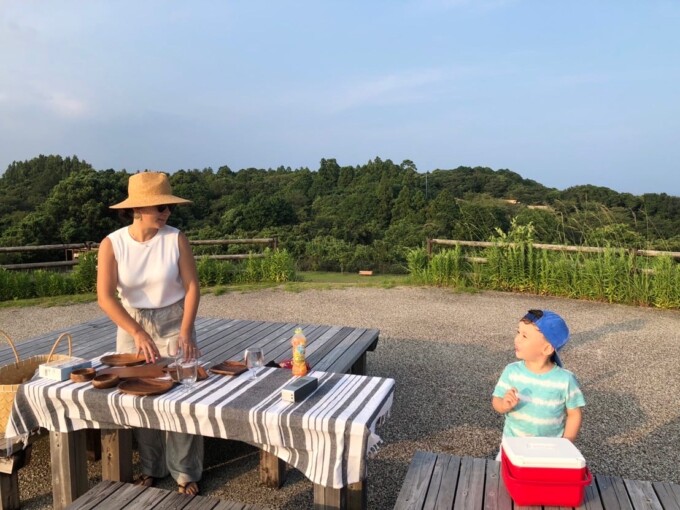 It’s amazing how much of our personality, thoughts, and actions are inherited through our DNA.
I read a book some years ago titled “The Brutal Truth You Mustn’t Tell” or “The Truth About Genetics” and it said
Children’s character and intelligence are determined mostly by heredity (and other environmental factors such as friendships), not by parental education.
I often think that’s really true.

Fionn is really a mini-Emmet, lol!