Yesterday we were at the beach, today we’re at the river, and every day we’re going out with Fionn, whose kindergarten is on summer break!
Emmet has work every day, so he can’t join us.. 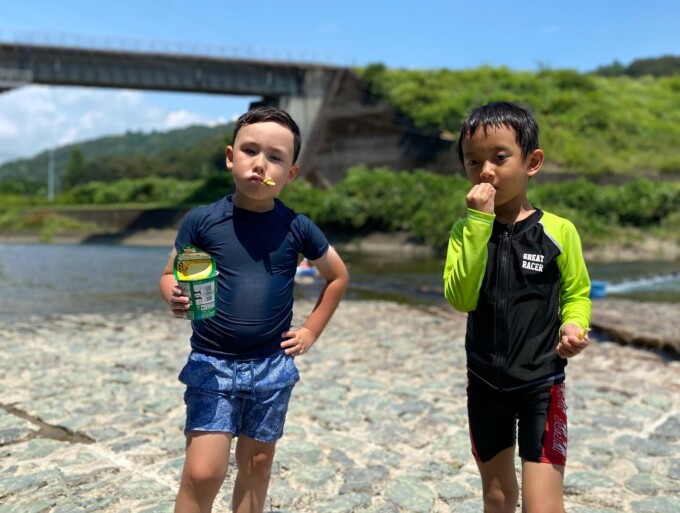 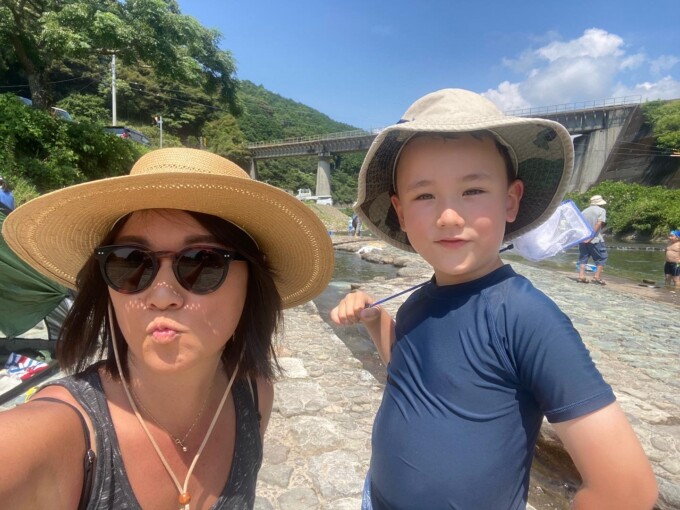 Then, after playing a lot at the river and taking a short rest at home, he had swimming school in the evening.
I drove 30 minutes one way and an hour round trip to take my child to the swimming school, and then spent an hour to cheer my child up through the glass!
I had to rush home to prepare dinner, clean up, and finally get back to work… My life is so tough just because the kindergarten is closed. 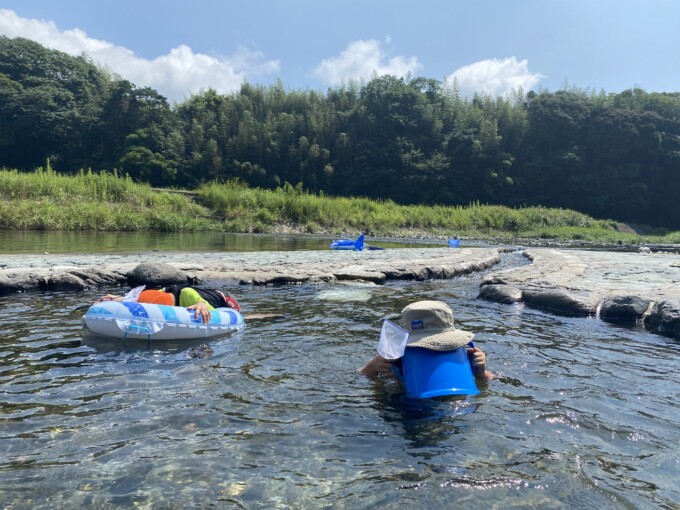 I usually spend most of my time in the ocean, but the river is so much easier because the water temperature is cooler and the water is silky and sand-free.
Especially, the area where Fionn and his friends are playing in the river pool here has almost no current, so it’s safe. 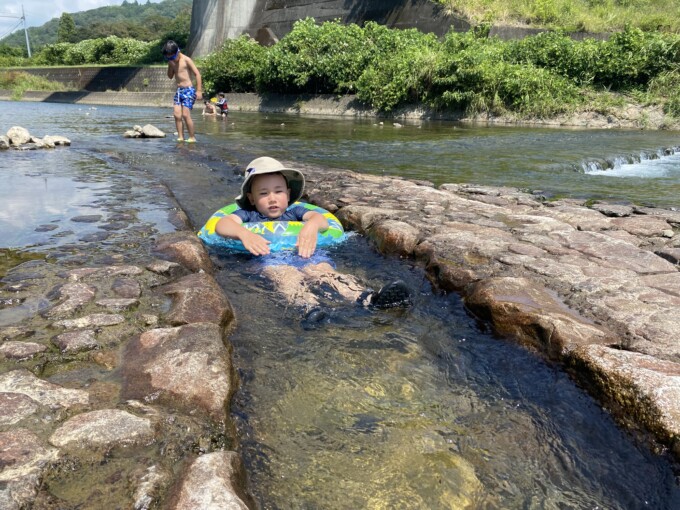 The only place where the current flows is this narrow part, where they floated around and played more times than they could count.
There was a little shallow area where he seemed to hit his butt against a rock, and he was trying to figure out by trial and error how to avoid hitting it. 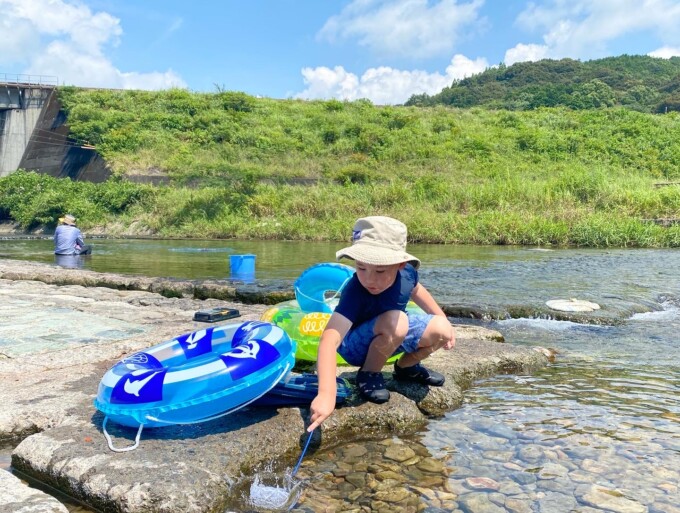 The second half of the day was spent mostly catching fish, which is what I concentrate on the most, whether it’s in the ocean or on the river.
My back is black because I’m with that partner all the time. 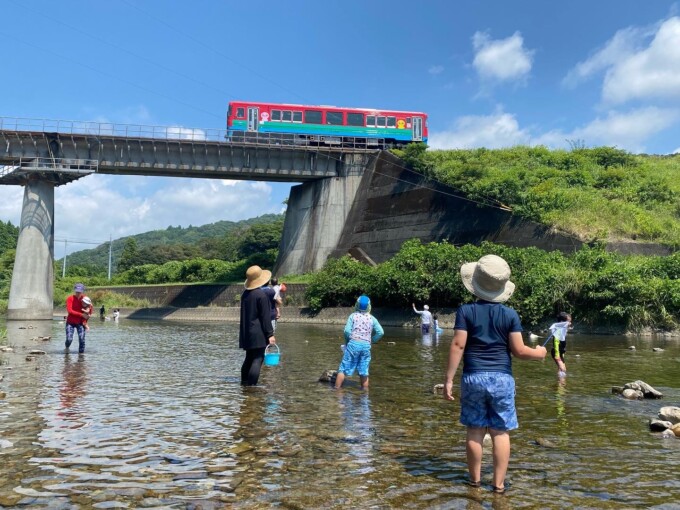 On the way, a train passed by several times, and both adults and children playing in the river pool waved to them when they noticed it.
Some of the people on the train waved back at us, too, which was a nice and a peaceful sight. 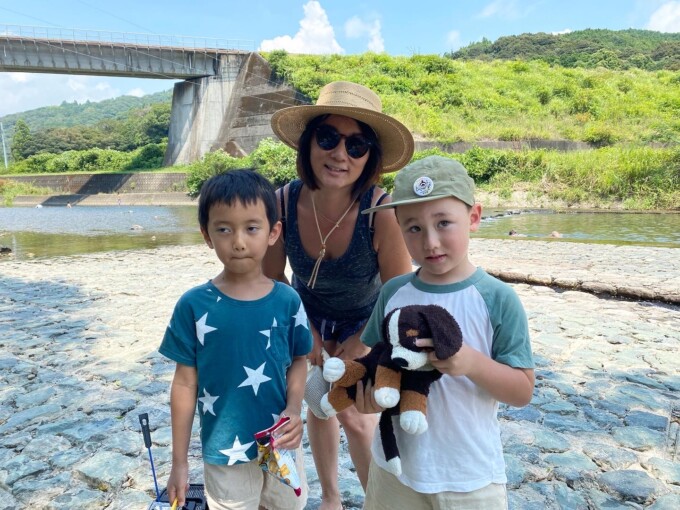 It would not be possible if there was a train every two or three minutes like in the city, but here there are only one or two trains every hour, so the time passes slowly and the trains move at a leisurely pace, which is one of the best things about living in the countryside.

It’s nice that there are not that many people here on a weekday morning, even during summer vacation!
And there are many people from outside of the prefecture here too! It’s almost the Obon season, and many people are returning home. 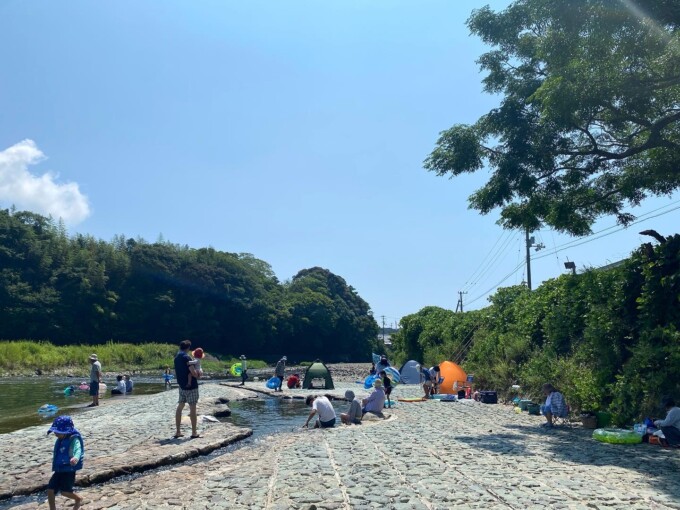 Yes, I met some of my friends, juniors, and seniors everywhere I went, including yesterday on Kashiwa Island.
I’m the one who says, “Don’t wear black all over, wear a bathing suit and have fun!
But every time I meet someone, I still feel embarrassed. I would say, “Then lose weight,” but I can’t seem to do so.
But I’ve lost about 4 kilos in one month, gained 1 kilo back, so lost 3 kilos so far. 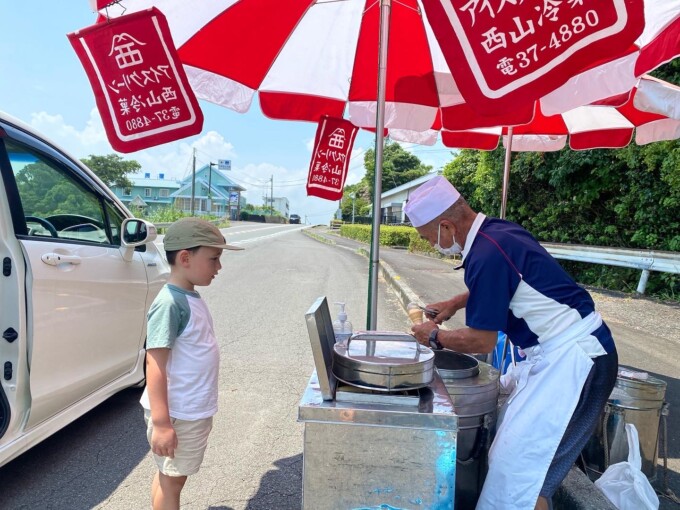 My plan was to lose 5 kilos in less than 2 months before Australia, but can I lose 2 kilos in the next 2 weeks?
In case you are wondering, my son was happy to eat Kochi’s famous ice cream, but I held back.
So, when I got home, I couldn’t stand it and ate some azuki ice cream that was in the freezer. This is it! The reason I can’t lose weight! LOL! 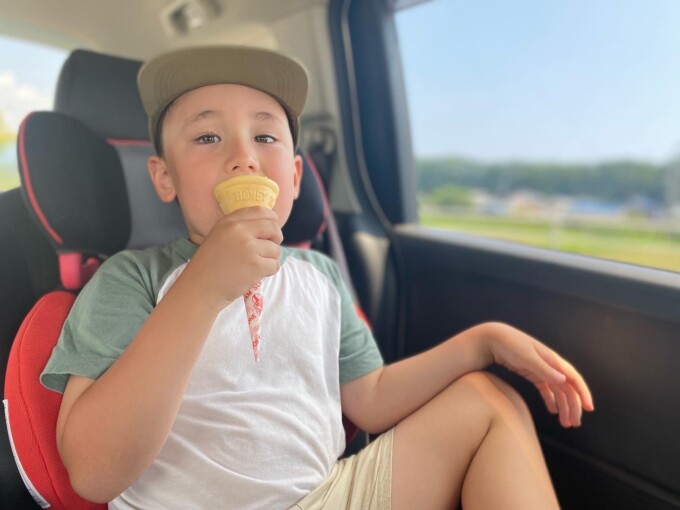 Every day is tough, but I enjoy talking with Fionn on the way to the beach or at the river, or experiencing various things together.
Actually, it’s been a very satisfying summer for me because I’m so happy to spend time with Fionn. 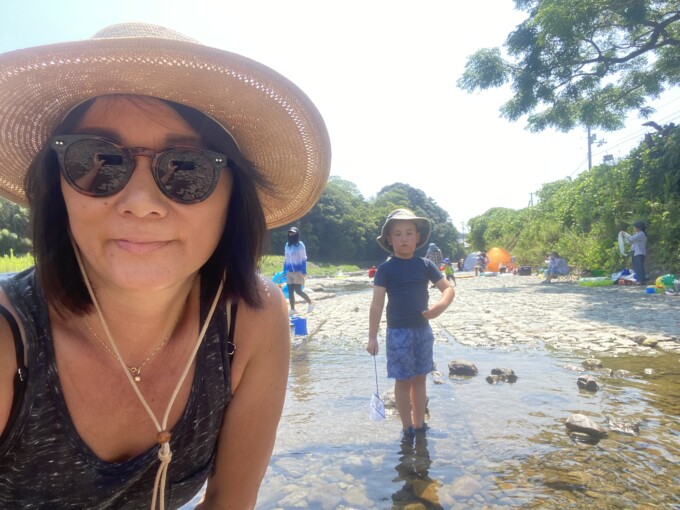 For a forgetful person like me, blogging about my days like this is a record of my precious memories.
When Fionn grows up and reads it, it will be interesting to know how he grew up!

I’m going to play with him for a while.