What the typhoon taught us

The weather was nice and warm again today, so we went to the beach at Fionn’s request.
We went to our favorite beach, Nashishi Beach. 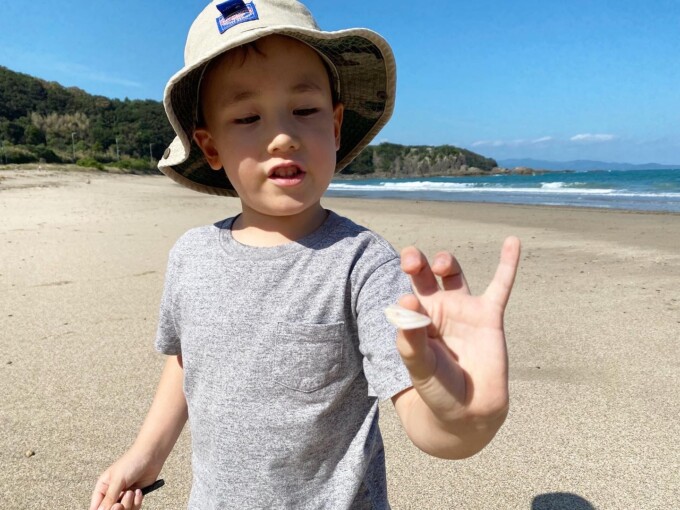 I didn’t take a picture of it, but the terrain was completely changed by the typhoon.
I posted some of my insta stories, but there were rocks appearing on the beach that weren’t there before, there was less sand, probably because it was taken away, and the waves were crashing into the land even more than usual. 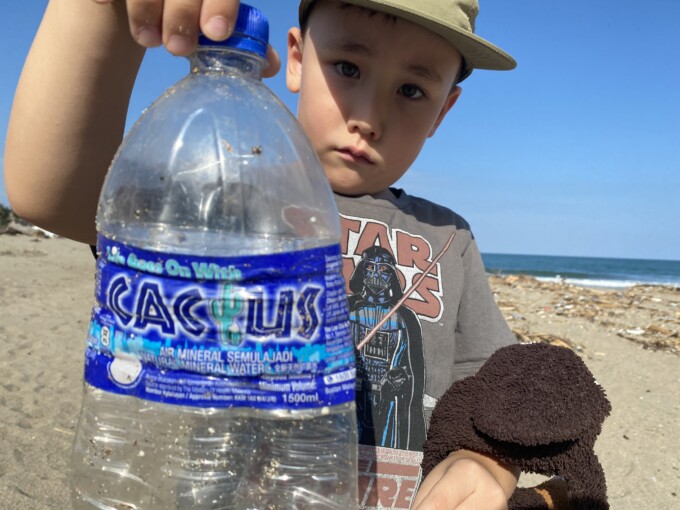 And there was so much trash!!!!
Fionn has a plastic bottle from Malaysia!
I wondered where it was because it was written in English. I checked and it was Malaysian mineral water. 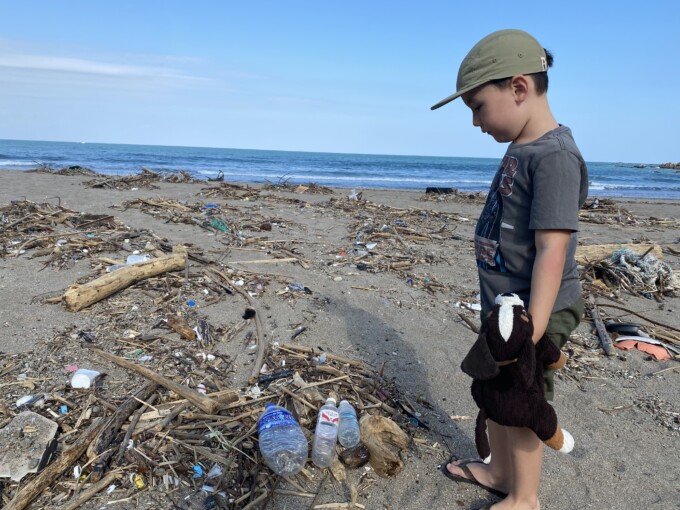 There were also Chinese ones and Korean ones! And of course there was a lot of Japanese garbage!
Fionn noticed this and asked, “Why?”
I said, “The big wave from the last typhoon must have brought it with them,” and he said, “Big waves are no good!”
I told him, “But first, people who throw garbage into the ocean are no good!” 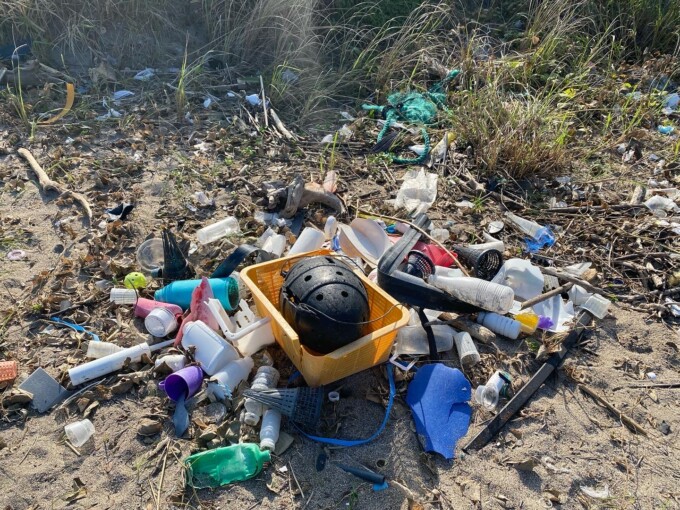 Then he seemed to understand and said, “Well, if this garbage goes back into the ocean with the next big wave, the fish will eat it and get sick! That’s no good!”
Even a five year old can understand this, adults should do better.
I saw a great news article about “The Ocean Cleanup” that aims to collect 90% of ocean plastic by 2040, and it is also important not to let more garbage go into the ocean. Japan, a plastic packaging powerhouse, has a lot to think about and do! We must do our best. 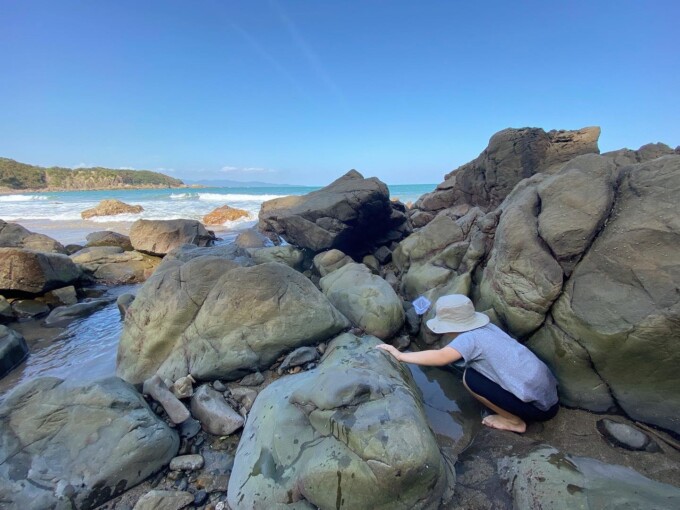 Just a related note!
Did you see on the news that there were restrictions on flowers sent by citizens to Queen Elizabeth?
It was, “Please come with your flowers unwrapped.” The reason for this was that “in the interest of sustainability, we ask that only organic or compostable materials be placed. The flowers will be composted and later used for planting and landscaping projects in the Royal Parks. 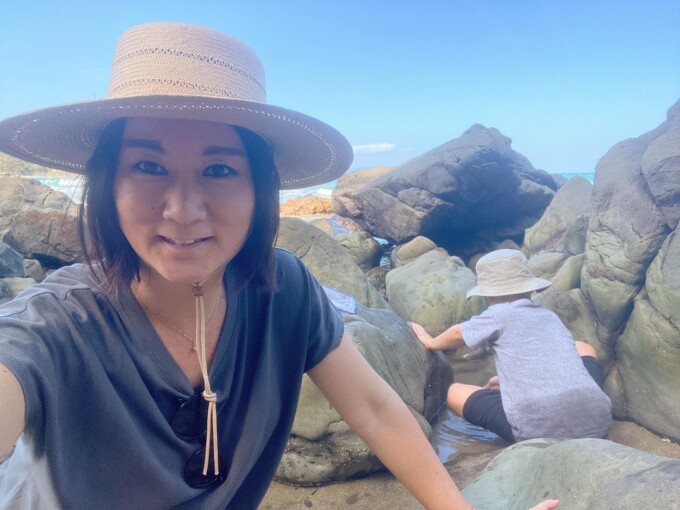 It is too wonderful that they are practicing a sustainable society even at a time like this, and that it is being realized through flower donations.
In Japan, it is impossible to imitate such a national event. I think this is one of the major things that are missing in Japanese society today. 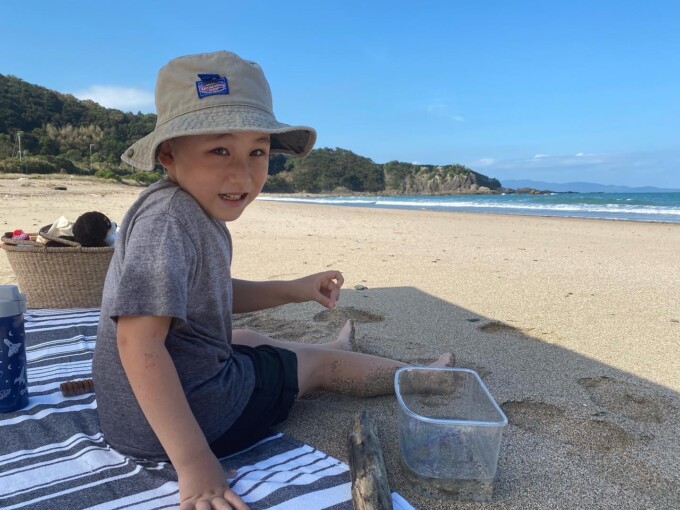 As for the ocean today, the topography has completely changed, and the rocky shore is strewn with rocks that were not visible before.
We had a lot of fun catching shrimp in the pools between the rocks! 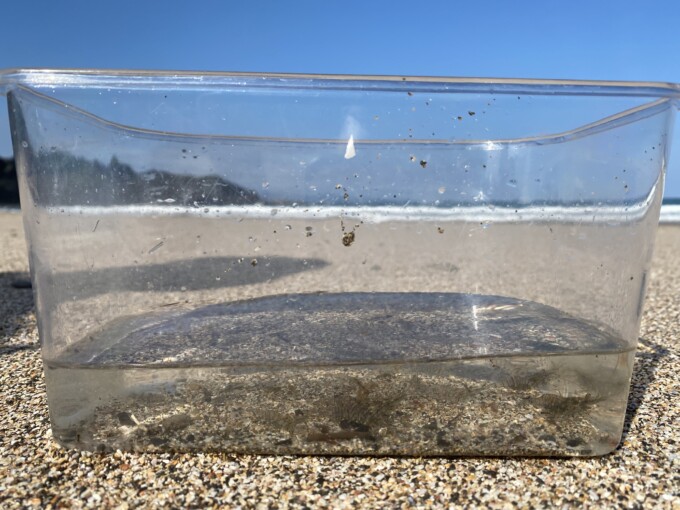 Can you see them?
From here, Fionn started asking the usual questions, “What do shrimp eat?”
“How big is the biggest shrimp in the world?” “What kind of creature eats shrimp?” He never stops. 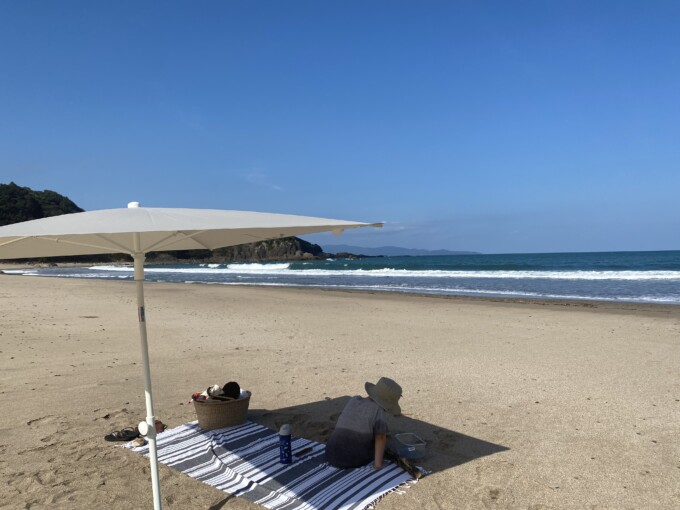 And finally, “Why was I born a human? Who decided to make me human?” “Maybe god did” I answered. It’s really interesting to see how interested five-year-olds are in various things and why. 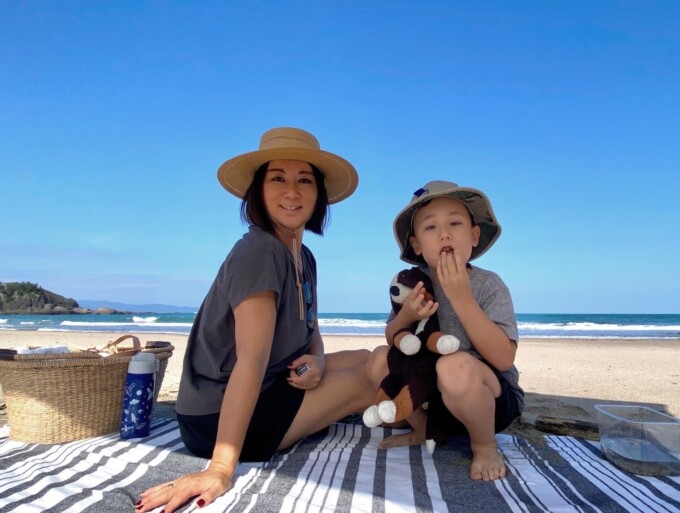 We talked a lot today, and I’m glad we were able to experience nature and do so many things.
We won’t be able to play like this in the ocean much longer this season! 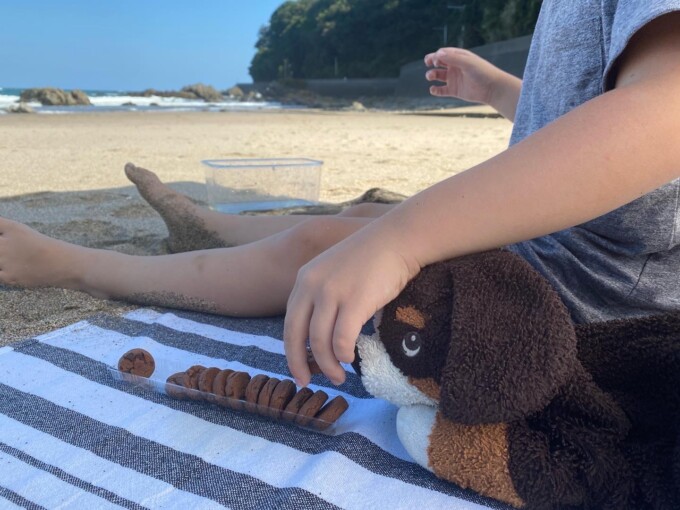 Of course, Taro was with us today as well.
“He is a dog, so if he eats chocolate, he will get sick!” he also said. LOL!
I don’t know where he gets this kind of trivia, but five-year-olds really do know a lot more than their parents think they do.