Last week, there was Fionn’s open day at his kindy.
It’s been a while since an open day because corona increased last month. I love open day!!! 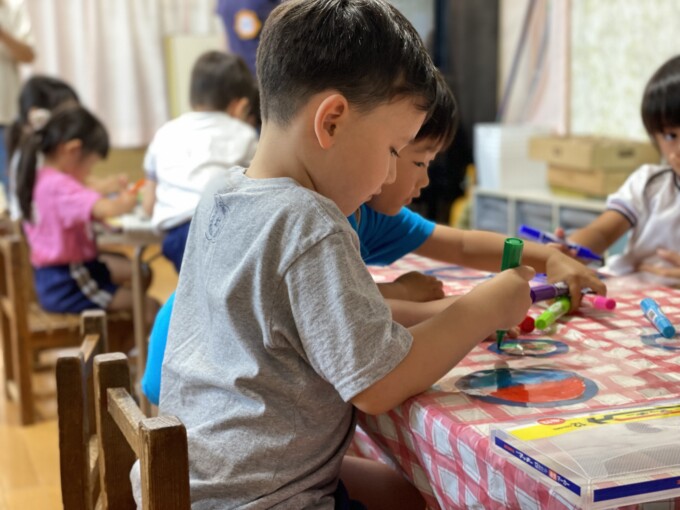 I don’t think children in kindergarten will behave differently just because their parents are there.
It’s interesting to see my child act like this all the time. 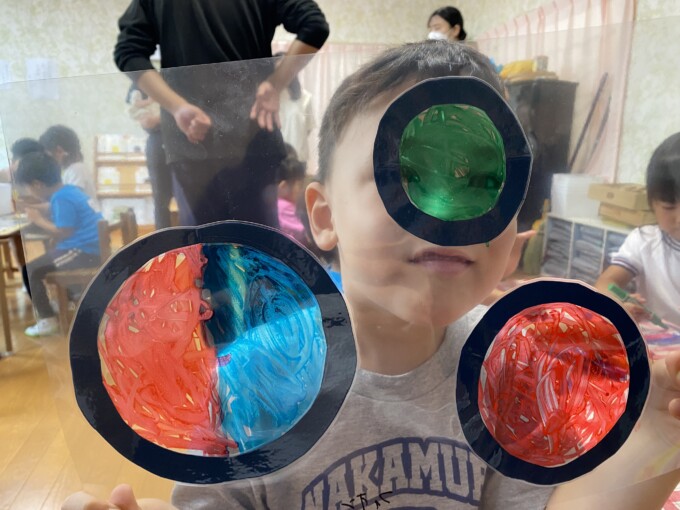 On this day, they made a hole in the circle that they had made beforehand.
(By the way, this is a notebook from his teacher, and he was praised for using scissors very well!) Fionn was very happy♪
It is sandwiched between sheets, and the work is to paint the inside as if it were bubbles.

Everyone used many bright colors, but Fionn used only a few, so I think it’s good that it’s unique. 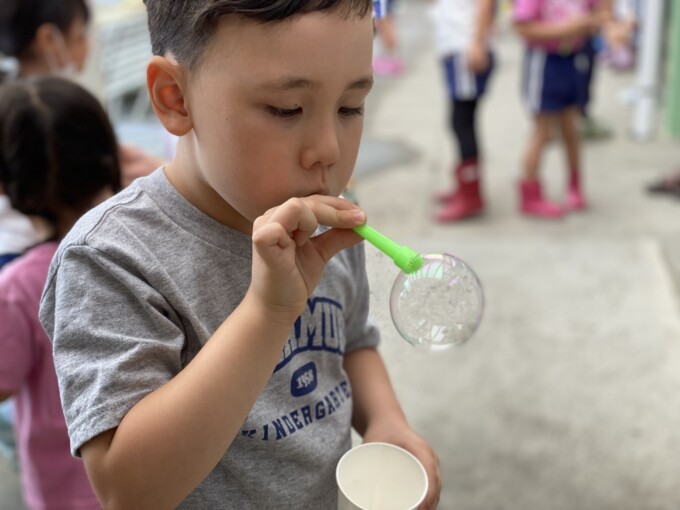 After that, everyone actually went out and played with soap bubbles.
I’m relieved to see that he was having fun all the time and that he could communicate with his friends normally. 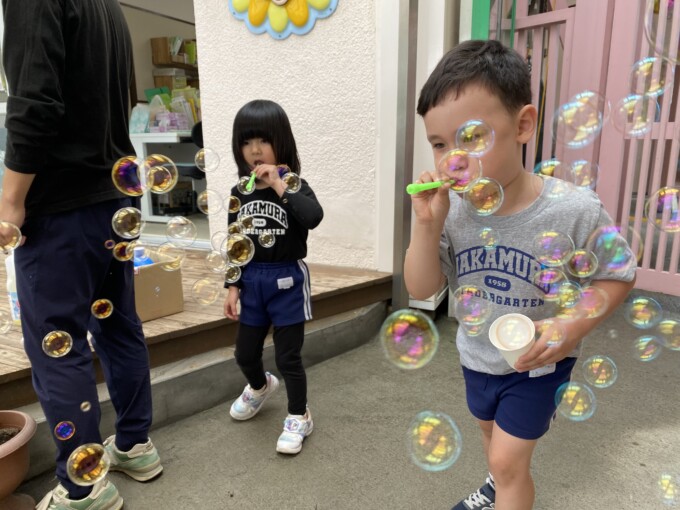 Not long ago, in a video I happened to see about a year and a half ago, Fionn spoke mostly in English.
Now it’s almost all Japanese (or rather this dialect of Hatata dialect), and I forgot about the Fionn of those days! 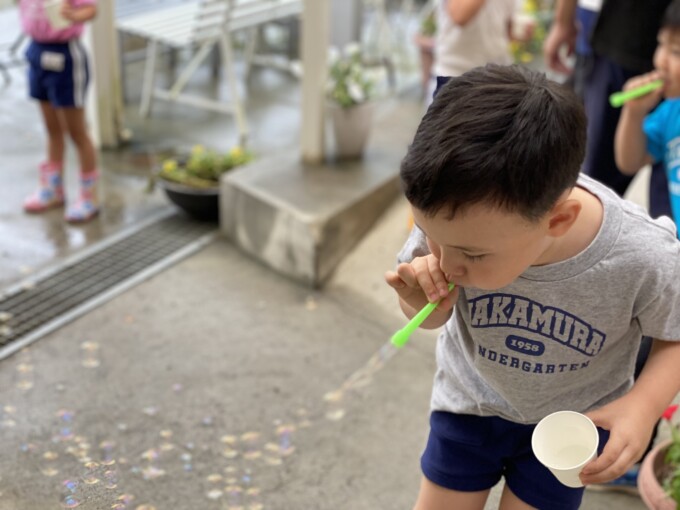 At the birthday party performance in April last year, his homeroom teacher asked him, “What do you like about your mother?”
His answer was “Slide ski, slide Noritai, super tanoshi” and the teacher couldn’t understand and was forced to go through with it.
He asked him about his mother, but the answer was in English and not about his mother.

From that faltering level of Japanese to the level that Emmet doesn’t know what he’s saying now,
Kids are amazing and how that they grow up!!

He still doesn’t have much vocabulary in Japanese compare to his age kids, so he mixes English and Japanese.
But usually I don’t correct them because it sounds cute. He never learns Japanese the right way and doesn’t use those words, so I enjoy Fionn`s unique language now.

We’re going to Australia for three weeks in two months time, so I’m not sure if he is going to switch to English again.
I’m looking forward to seeing if his English skills will improve all at once!!!
I know his English skill is going to be better than mine, and my boys will talk about something secret in English!!