Sunday was Father’s Day, but Emmet had a karate test from 6 p.m.
So we waited until it was over and started dinner at 9 p.m. when he was really ready!

I asked him about Saturday, but he told me that fully enjoy it because he was too nervous about the test. 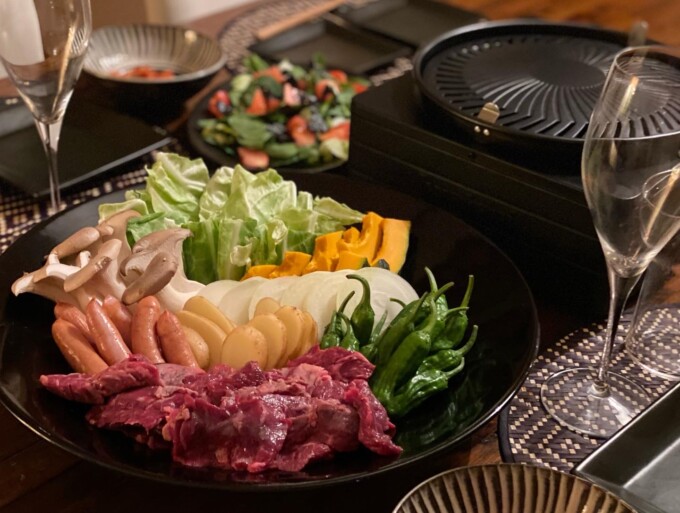 Unlike me, my husband is serious with this type of thing!
If I were him, I would enjoy drinking the day before without worrying about it at all, but Emme-chan would never do it.
But to celebrate on Sunday after doing the test will be more enjoyable. 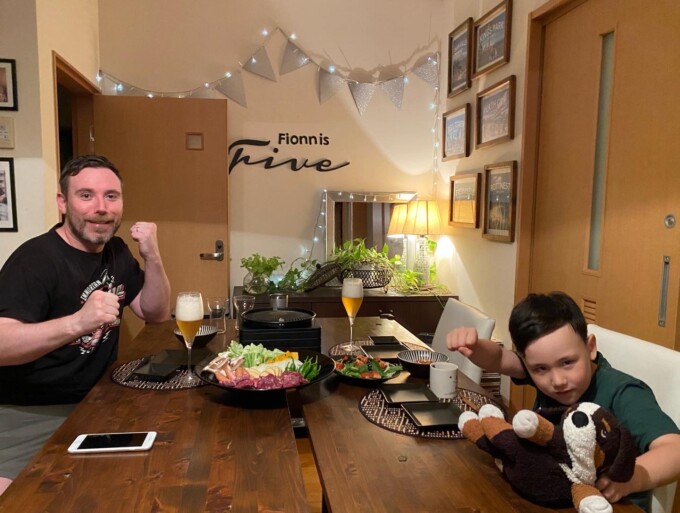 So, otsukaresama for taking the test!
(This sounds like a really tiring two hours, and his body almost gave out many times.)
Thank you for always being a good daddy! Here’s to you!!! 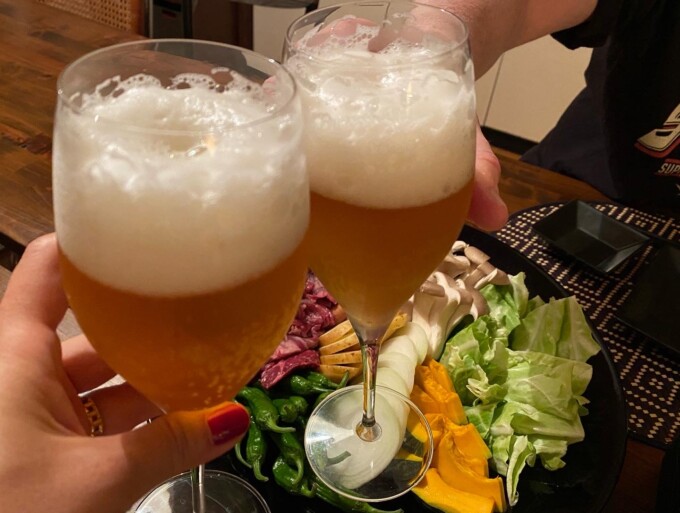 At the same time yesterday, everyone was waiting for the Takeru vs Tenshin fight!!
I didn’t know whether to buy Pay Per View or not to watch it, but I really wanted to watch it in real time, so I bought it.
Even though Emmet might not be able to watch it. 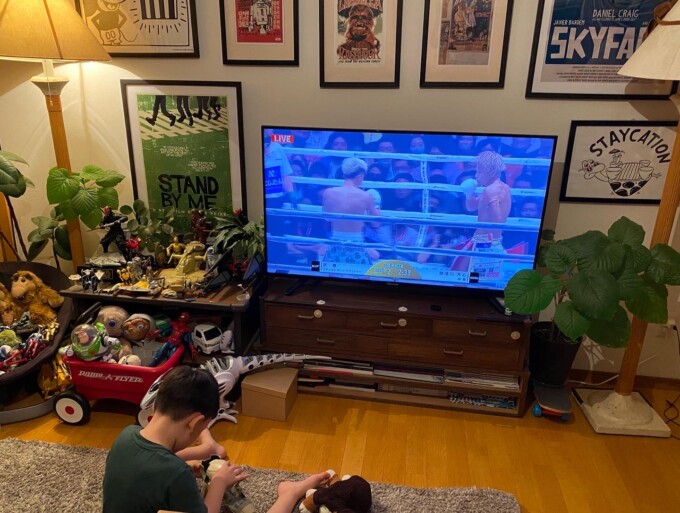 But I was nervous that Emmet’s karate might take time away from the precious time of the fight on TV.
For that occasion, I set it up so that I could watch it on my iPad and drove to pick up Emmet while watching it in the car! 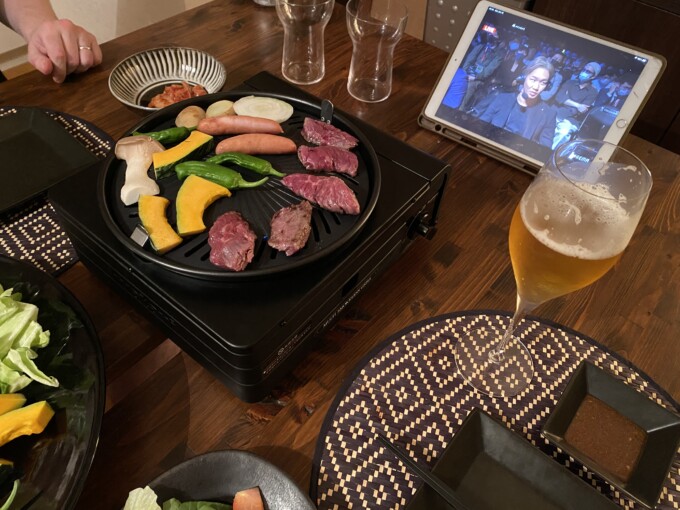 Eventually, it started much later than I expected, so I was able to watch it with Emmet together.
I really enjoyed 3 minutes 3Rounds with the whole family!!! 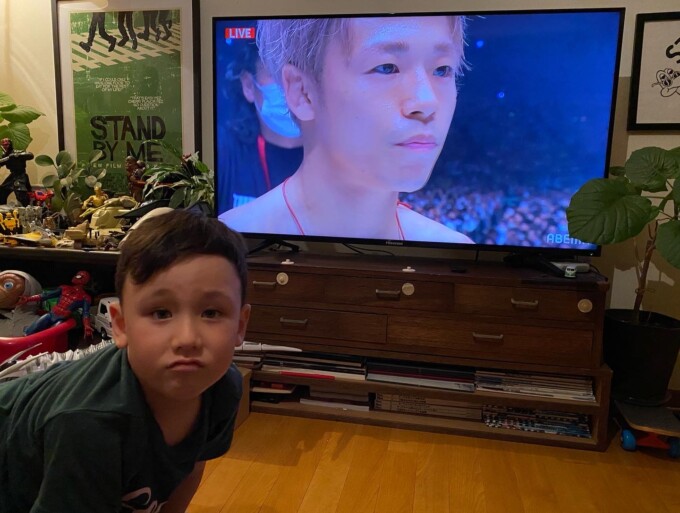 I used to really like K-1, and back then I was very familiar with fighters.
I always watched the competition.
This match between the two was a dream match, so I was preparing my feelings by watching various people’s YouTube channels beforehand for the first time in a while. 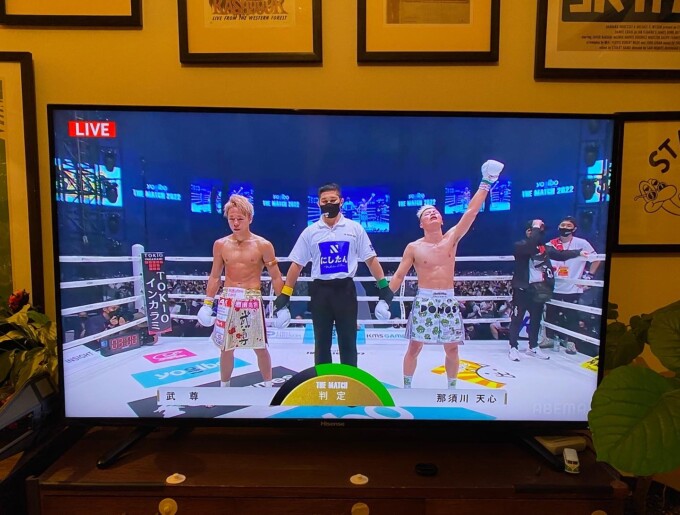 As a result, Tenshin wins!
I was very disappointed because I was rooting for Takeru, but it was a truly soulful and heroic match.
It was a great fight and I didn’t want to watch it because I had a lot of emotions in the middle (I saw it of course).
And when it was over, I was moved to tears. 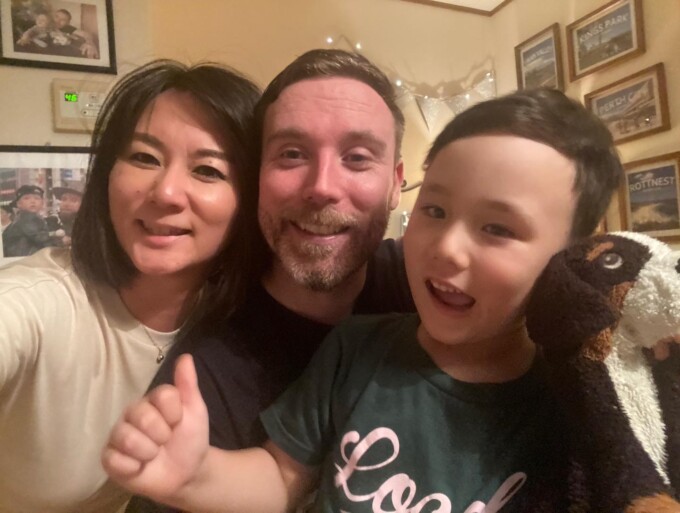 Look! I look like just waking up because of this fatigue and tears. 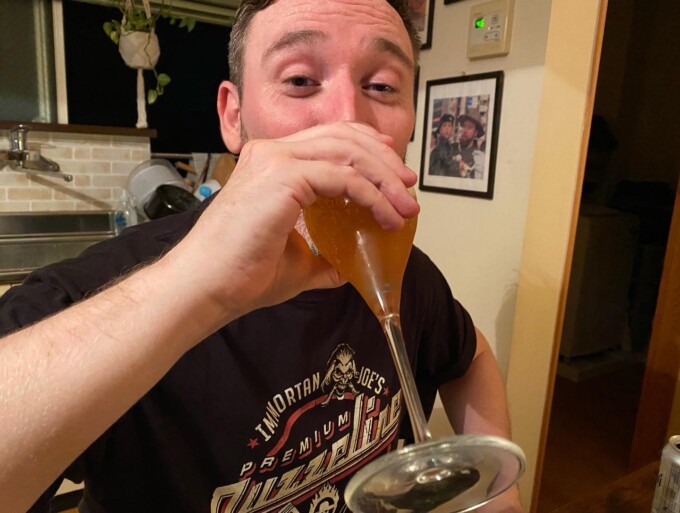 After the game, I got excited and talked about martial arts, about Eme-chan’s karate, and about the future.
We talked about a lot of things, got excited, drank, drank, and it was a fun night like a usual Friday or Saturday. 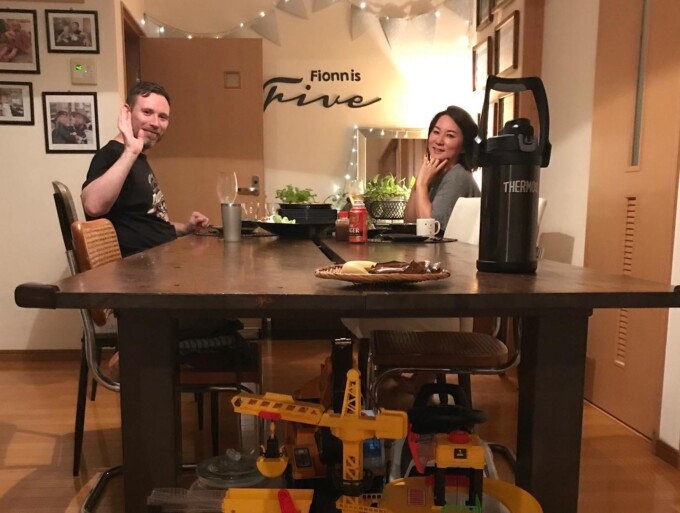 After the exam, Emmet decided to drink, so we drank together!.
Fionn decided to take a day off from kindergarten and we let him stay up late together!

For some reason, Fionn took a picture of us who drank a lot and talked enthusiastically.
There are almost no pictures from Fionn’s low position, so I’m kind of happy with the pics!

Strong men are cool after all, and it’s wonderful that people work hard at everything!!!