It’s wonderful how things hold up!

I’ve been meaning to write a blog, but I’ve only been uploading photos, and there have been so many things I’ve been wanting to write about that I haven’t been able to! 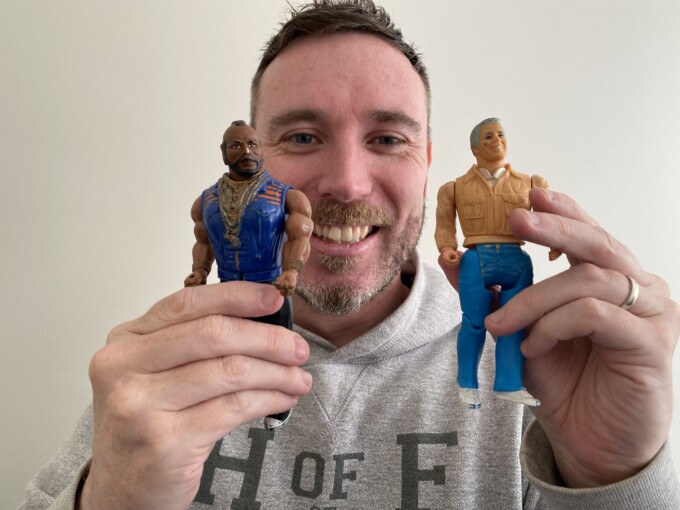 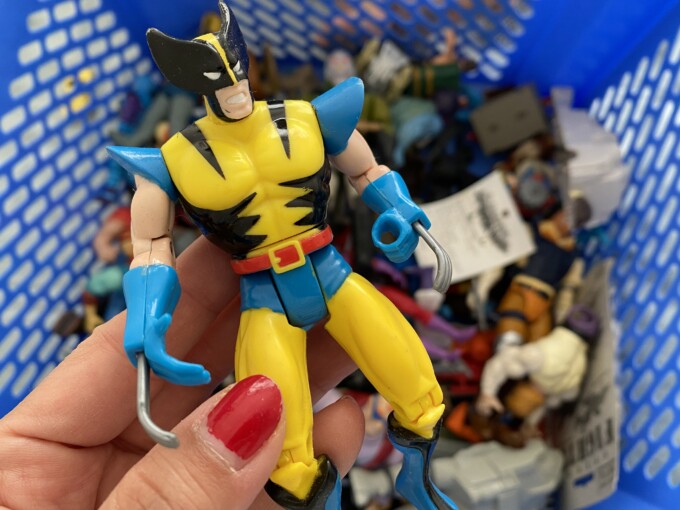 These are Eme-chan’s childhood toys.
His mother has kept them so that 30 years later, Emmet’s son Fion will be able to play with them, isn’t that amazing? 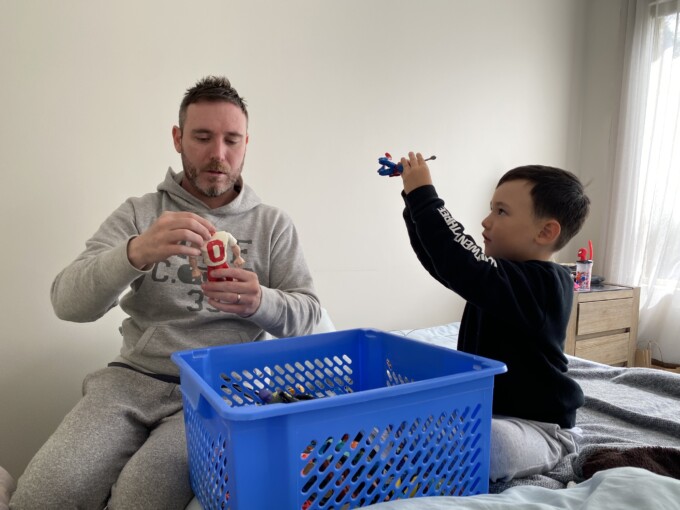 And it’s not just this basket, there are more baskets, and they are all still very clean.
I’m sure if you did the same thing in Japan, the humidity would make them sticky and they wouldn’t be well preserved.
But in Australia, it’s dry, so everything is still in great shape! 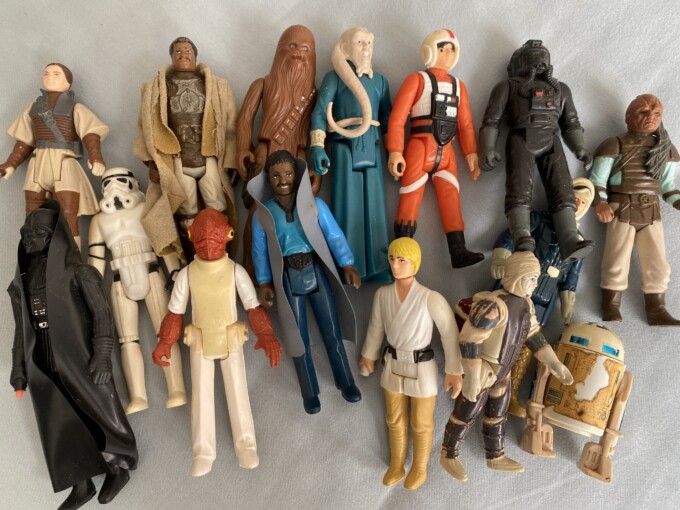 Plus, there are a lot of Star Wars characters that are still loved today.
Fionn also collects modern versions, so it’s amazing that parents and children are playing with the same toys for generations to come.
I mean, Star Wars is awesome! 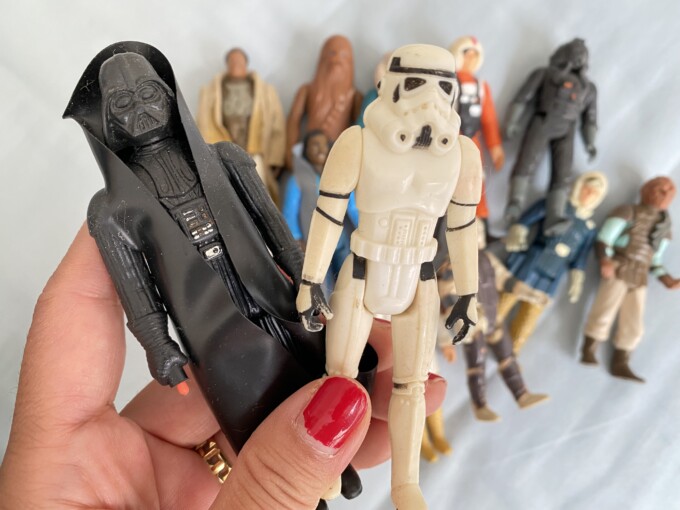 And I think these are vintage toys on their own, aren’t they? They may be surprisingly valuable. 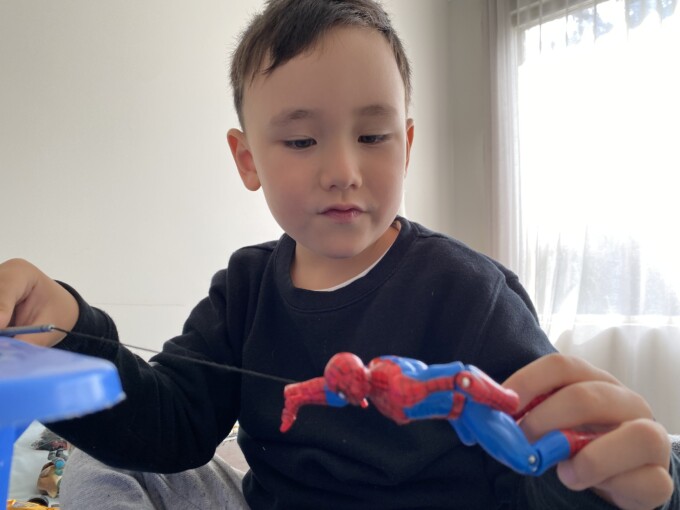 Fionn’s favorite among these toys is this Spider-Man, which is full of gadgets that are not so common nowadays.
Even Japanese toys from the 70s and 80s are unconditionally cute, but foreign ones are even cuter? 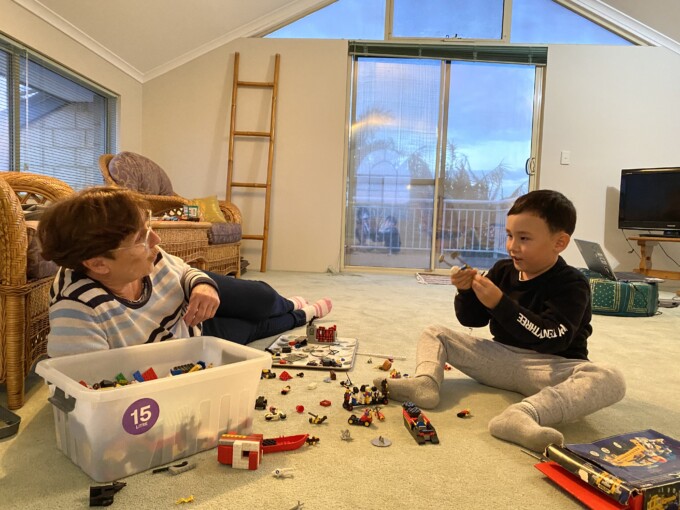 I thought I got the picture right, but I couldn’t find it, but there was something even more amazing!
It was LEGO that my mother-in-law played with as a child!
I think that was the gray and black one on the tray you see in this picture.

It was my mother-in-law’s, so it must have been a LEGO from nearly 60 years ago! And they still have it with the LEGOs from Emmet’s time, isn’t that amazing? 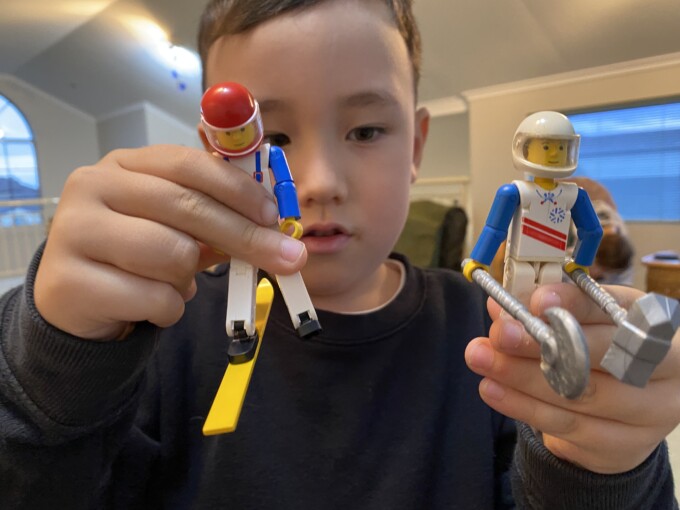 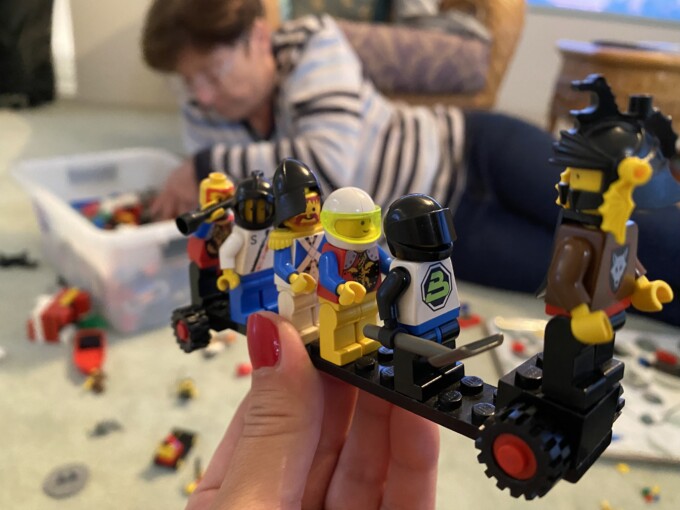 I wondered how long LEGO has been around now, so I looked it up and found out that it’s been around since 1934!
And it was 1949 when they started to make plastic toys like this one. That’s amazing.

I’ve been thinking about this a lot lately and sometimes tweeting about it in stories and such, but in general, aren’t boys’ toys cool?
I feel like Fionn would be happy to play with it if he had a son in the future!

I’ll take a cue from my mother-in-law and keep these toys.