The Evolution of Drawing

At the same time that his body and mind are growing day by day, he is also growing in many other ways, as a matter of course.
One of them is his love of drawing, which is also evolving in many ways. 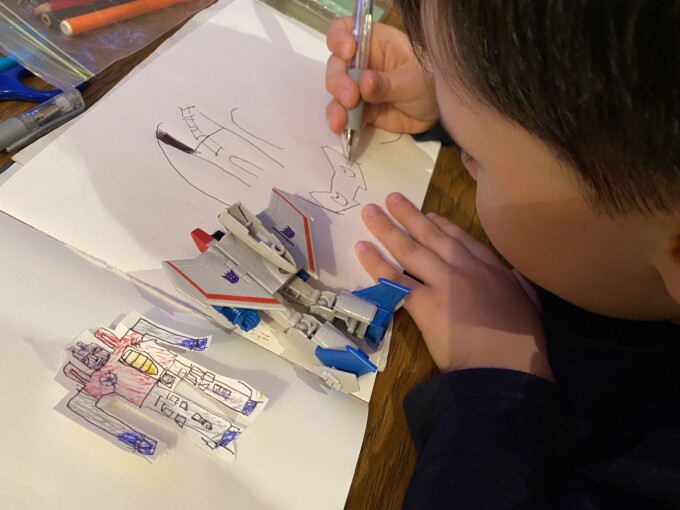 Recently, I feel that he has become better at drawing by watching and copying what he sees. 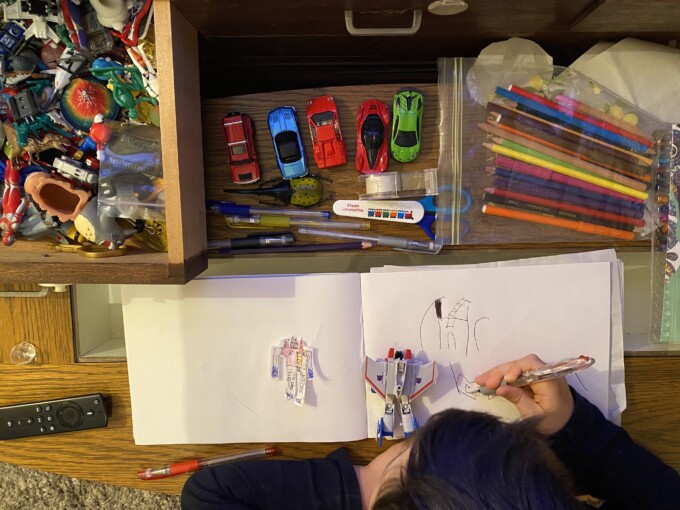 The way he holds the pen is still quite peculiar, and I’m sure it will be hard to fix it since he’s completely gotten into the habit.
I still point it out and correct it often, but it seems to take the most energy and he can’t fix it… 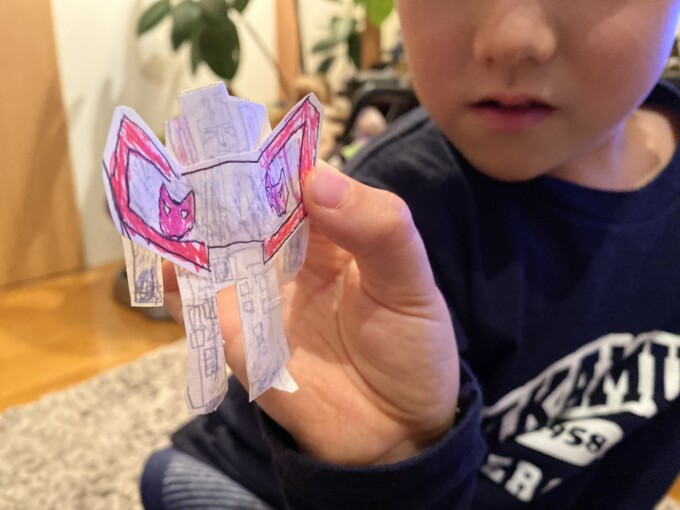 At this time, he drew his Transformers character (I have no idea of the name) from the front side and the back side, and cut and pasted it well to complete it. 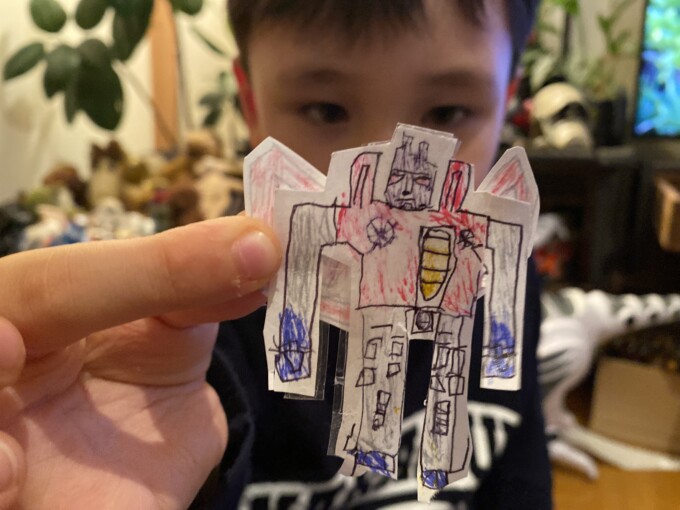 I think he did a good job of capturing the character’s features! Well, you know, I’m a total parental idiot. I love drawing, especially since I work in the art field myself, so I think I’m bursting with it. 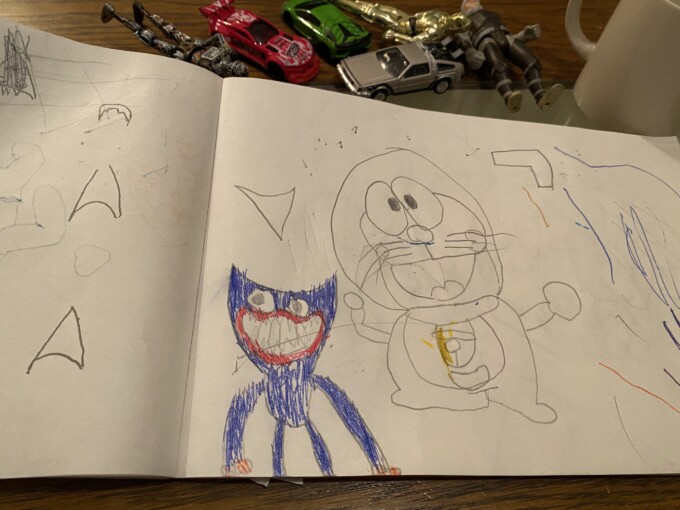 I’ll leave the rest as a record.
On the left is Huggy Wuggy, who he’s been obsessed with lately, and he was drawing while looking at his stuffed animal. Next to him is hi all-time favorite Doraemon! 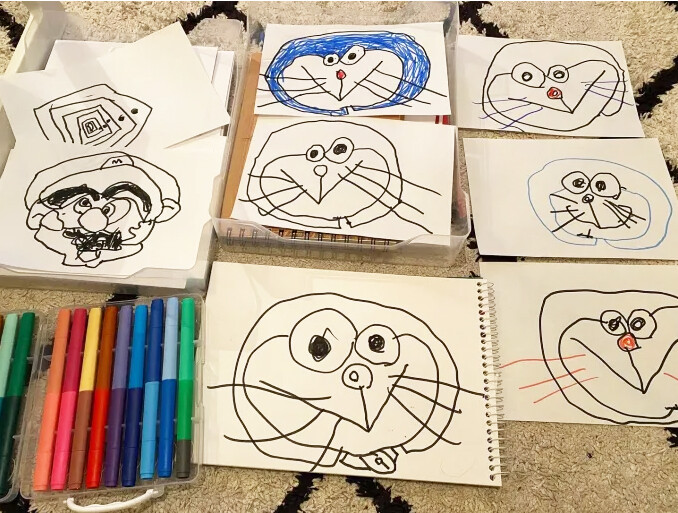 This is the Doraemon he was drawing about a year ago, so it has evolved a lot, don’t you think?
The Doraemon he’s been drawing lately is as close as I can get to the Doraemon everyone knows so well! 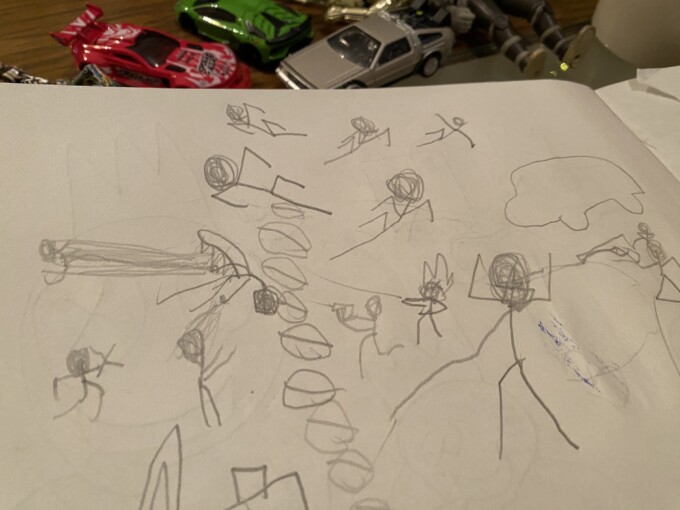 Other than that, he is still drawing battle-related illustrations while thinking up his own stories, talking about various things, and making sound effects. This is very similar to a picture of my younger brother Seina used to draw when he was little, so I wonder if it is a typical picture drawn by a boy who likes battle-related illustrations.
There is also a person being eaten by an insectivorous plant a little to the left of the center. 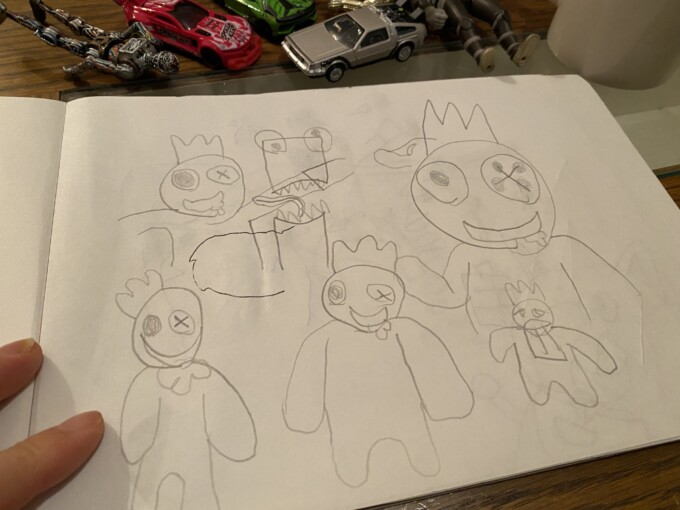 I wonder if it’s in his nature to be bothered by such details.
It’s really fun to watch them grow in so many different directions.